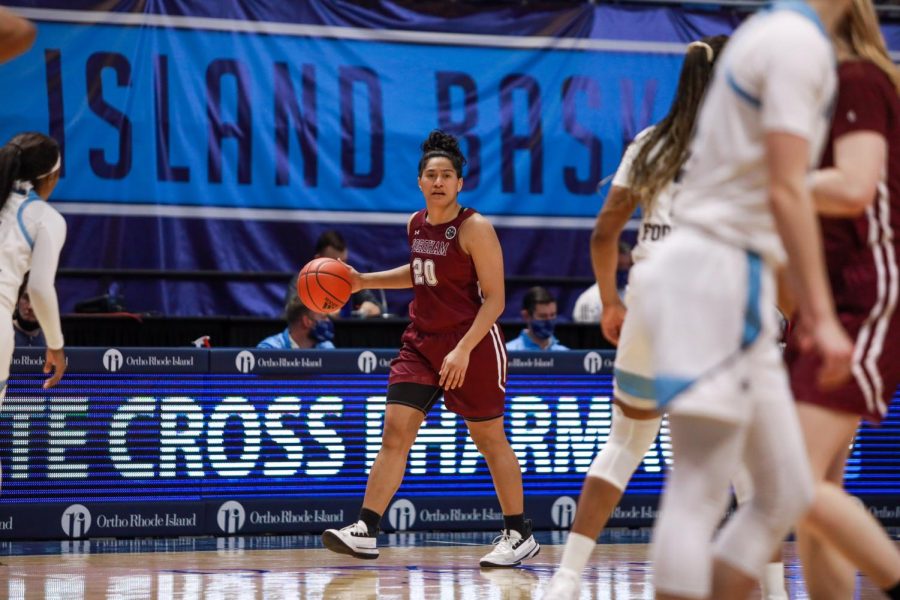 The women’s basketball team was once again unable to take the court Friday due to a COVID-19-related incident involving its opponent. This is the team's seventh total postponement of the season, most due to opponents having to enter quarantine.

The Fordham women’s basketball team announced that the games scheduled for Friday, Feb. 5, and Sunday, Feb. 7, will be postponed after two seperate COVID-19 incidents. In lieu of two games this weekend, the Rams will now play a new opponent, the University of Rhode Island (URI), at home on Sunday.

The various schedule changes came after Fordham’s two prospective opponents, the teams at the University of Richmond and Virginia Commonwealth University (VCU), were forced to isolate after separate COVID-19-related incidents.

On Thursday, Feb. 4, the Richmond program halted on-court activities “in response to the results from the latest COVID contact tracing and testing results for the Spiders’ program.” This prevented the team from competing against Fordham the following day.

That same day, the VCU women’s basketball program first announced that it had “paused all team activities due to COVID-19 protocols within the program.” The team stated that it would not resume operations until every program member cleared their protocols, which required them to postpone the game against Fordham on Sunday.
In the 2020-21 season thus far, the Fordham women’s basketball team have canceled or postponed seven games, four of them against A10 opponents.
In addition to two postponements on the women’s side, the Fordham men’s basketball team also had to postpone its game Saturday, Feb. 6, after the Davidson men’s basketball program received a positive COVID-19 test on Feb. 3. However, A10 officials resolved Fordham’s issue and scheduled a new game for the same day against La Salle University, which Fordham won 76-68.

In an attempt to salvage the Fordham women’s team’s week in the same way, the A10 scheduled a new game on Sunday between the Rams and the University of Rhode Island. The URI Rams are desperate for conference games after missing five conference games since Jan. 3.

Two weeks ago, Fordham had to postpone two games and ended up playing and defeating Saint Louis University on short notice. They returned to action on Jan. 17 against Fordham but have missed two additional games since. Under eerily similar circumstances, the Rams will once again play a new opponent with very little time to prepare.

In the 2020-21 season thus far, the Fordham women’s basketball team have canceled or postponed seven games, four of them against A10 opponents. Very few of these schedule changes had anything to do with the Rams. Head Coach Stephanie Gaitley came into contact with someone who tested positive for COVID-19 in December, leading to two cancellations, but the team has not yet been required to enter isolation.

Conference officials have rectified this in part, sometimes scheduling new games on scheduled game days. However, as the season wears on, the available time to reschedule games will decrease dramatically.

In the face of such uncertainty caused by the pandemic, Gaitley remains undeterred. After receiving news of the schedule changes, she posted a video on Twitter of her players scrimmaging, as a way to “have our own game” under challenging circumstances.

It’s “Think about it Thursday”…we found out this week that our VCU was postponed …then we just found out right before practice that our UR game is postponed…..just cancelled our flight today….so what do you do??? Well we decided to spit up the team and have our own game😝 pic.twitter.com/7emQvIjrCS

A previous version of this article misstated the team’s Feb. 7 opponent as Saint Louis University rather than the University of Rhode Island. It has been updated to reflect the correct information.