Capitalizing on Conflict: The Monetization of Advocacy

Instagram activism isn’t just performative and non-productive; it’s often also a money-making scheme pulling funds from those who need them most 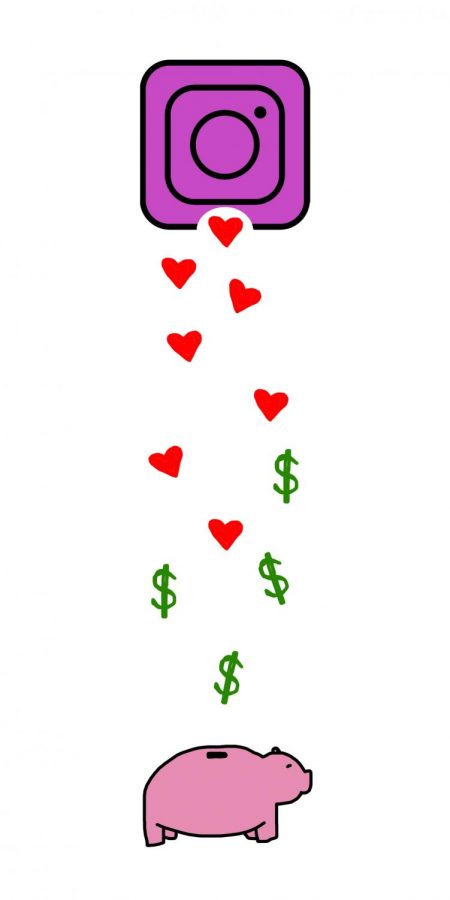 After reading my recent article about the failings of Instagram activism, a friend of mine alerted me to a related issue with the trend that is worth discussing: the commodification of social justice.

The @feminist account on Instagram has 6.5 million followers and regularly receives hundreds of thousands of likes on its posts from people engaged in superficial “Instagram activism.” The account’s content aligns with its username; the account holders post informative and social justice media intended to uplift women. The content is fairly uncontroversial and sometimes even helpful (there are some concrete resources on how to support women), complete with beautiful images, TikToks and occasional appearances from influencers.

But pulling back the curtain on this supposedly woman-centered account reveals a startling secret that belies the page’s true purpose.

According to multiple investigations and an admission from the account holders themselves, the @feminist page is run by two white businessmen. Their names are Jacob Castaldi and Tanner Sweitzer. Both have strong backgrounds in marketing according to their LinkedIn accounts.

This duo also runs the accounts @chnge, @itsfeminism and @march. Combined, their accounts have around nine million followers and one thing in common: They profess their dedication to social justice, yet are likely just a well-dressed marketing scheme for Castaldi and Sweitzer’s business. They run the for-profit clothing brand CHNGE, whose image is also reliant on the appearance of ethicality.

Of course, there’s little direct harm in their account’s content, and their CHNGE business at least strives for sustainability, which is an admirable goal. But when they use their accounts to promote their businesses, which they ultimately profit from, it muddies the water on the ethicality of their platforms.

That’s why the commodification of activism is so hard to talk about: It’s hard to criticize it because of its benign outward appearance, but it’s also hard to deny the suspiciousness of businessmen running a huge platform for a community they aren’t a part of. They’re capitalizing on issues they don’t experience.

In the age of social media and political upheaval, it’s important to be wary of entities, whether they are media accounts, GoFundMes, organizations or even people, who are using activism as a ruse for business. Scrutinizing these practices creates the opportunity for financial resources to be redistributed to organizations truly invested in positive change.
They stage photos at protests and tout causes they don’t participate in to better advertise themselves and the products they’re affiliated with.
Unfortunately, this isn’t an isolated incident. There are other examples of people using political activism for financial gain. When George Floyd was killed and Minneapolis rocked by violence, the public sought ways to support the Black Lives Matter movement monetarily. This sudden increase in demand for organizations, charities and other places to donate led to a plethora of scammers exploiting the situation and people’s good intentions.

A fake organization called Black Lives Matter of Greater Atlanta, which was actually run by a white man from Ohio, raised more than $450,000 in donations before it was discovered that its founder was misusing its funds. He bought a house for over $100,000 with the donated funds.

Social media influencers are also using this year’s protests to their advantage. They stage photos at protests and tout causes they don’t participate in to better advertise themselves and the products they’re affiliated with.

Organizations supporting Black lives, women, the LGBTQ+ community, native people and immigrants need all the financial help they can get these days, and there is no shortage of people who want to support their causes. But the world is a capitalistic and exploitative place, and there are people out there who want to take advantage of the concern of others. In order to help those who need it most, it is important to apply scrutiny to the people behind these schemes.