The Role of Violence in the American Literary Canon 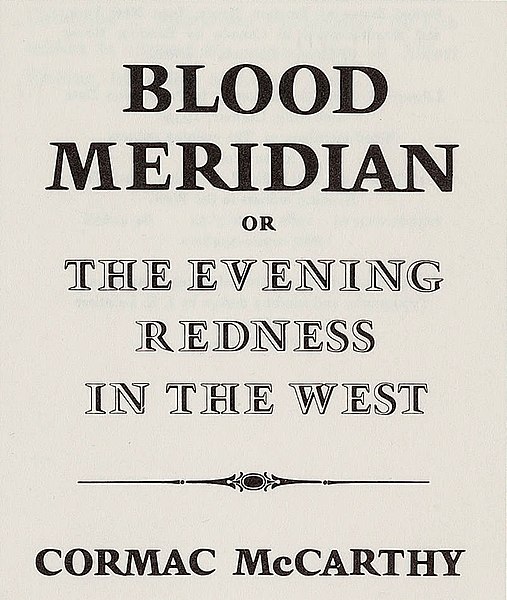 Violent American literature invites readers to critically think about the undeniable role violence has played in the nation's history and development.

In his controversial book “Clash of Civilizations,” late former White House Coordinator of Security Planning Samuel Phillips Huntington wrote, “The West won the world not by the superiority of its ideas or values or religion ― but rather by its superiority in applying organized violence.” He continued, “Westerners often forget this fact.”

America’s development is indebted as much to the firearms of Hotchkiss and Colt as to the policy of George Washington and Thomas Jefferson. We owe our history as much to the smallpox virus as to the Declaration of Independence. American independence was not achieved through peaceful protest, but with what would now be considered terrorism.

Violence in America is part of our history and identity. Today, Americans own more guns than anyone else, while producing the highest number of serial killers globally.
What we see in books like “Psycho” and “Meridian” resonates with the realities of 2020 and the emerging events of 2021.
Americans have a special relationship with violence, and violence occupies a special place in American literature. Perhaps the most violent novel written to date is “American Psycho” by Bret Easton Ellis, a book listed at #6 on the Goodreads list of the most violent books ever written.

All other books in the list’s top 10 were written by extreme horror author Wade H. Garrett. Garrett is not a gifted writer but his monopolization of the Goodreads list is only broken by “American Psycho” and Cormac McCarthy’s “Blood Meridian,” which are both formidable American classics.

Unlike Garrett’s pretentious and juvenile ultra-horror, “Blood Meridian” is based on historical events, documenting the massacre of Indigenous Americans who stood between settlers and western goldfields.

“American Psycho” is similarly nestled within the physical and social realities of 1980s Wall Street. The soulless antihero of Patrick Bateman embodies what an American corporation might have looked like if it were human: ruthless, vain, prideful and insecure.

While “American Psycho” occurs in a moral desert, “Blood Meridian” occurs in a literal one. The unforgiving landscape of “Meridian” displays the inherent brutality of nature — itself a sort of warfare predating and underpinning all humanity. As it is explained in “Meridian,” war lay waiting for man — “the ultimate trade awaiting its ultimate practitioner.”

In a review of “Blood Meridian,” literary critic Harold Bloom said, “The sheer carnage of it, though it is intensely stylized, is nevertheless overwhelming. It’s shocking. It’s horrifying ― but if you break through it, if you read your way into the cosmos of the book, then you are rewarded ― you get a frightening vision of what is indeed something very deeply embedded in the American spirit.”

Similarly, what makes the violence of “Psycho” redeemable is the power of its vision: a world of faceless yuppies with interchangeable suits, haircuts and names, so concerned with appearance and wealth that all moral concern and human substance recede as if into an abyss.

Reading “Psycho” is like listening to death metal through a Walkman while doing aerobic gymnastics. It’s like seeing Nietzsche dressed in a neon bodysuit dancing to Madonna while cheerfully declaring God is dead.

Upon the Technicolor canvas of the 1980s, Ellis paints a world of unrelenting economic expansion, a place where moral humanity is sucked into the flames of an ever-expanding capitalist garbage fire.

In Ellis’ vision, “mergers and acquisitions” become interchangeable with “murders and executions.” Within the gilded cage of Ellis’ modern nightmare, Bateman is the most dangerous animal at the Armani zoo.

But literary violence isn’t only about entertainment. What we see in books like “Psycho” and “Meridian” resonates with the realities of 2020 and the emerging events of 2021.

According to data from the Gun Violence Archive, 2020 saw over 19,000 people killed by firearms, the highest fatality rate in more than 20 years. Time magazine declared that “2020 Will End as One of America’s Most Violent Years in Decades.” A report from the National Commission on COVID-19 and Criminal Justice found that homicides rose by 36% across 28 major U.S. cities between June and October 2020. Every year since 2017 represented a spike more than double the previous average for school shootings.

The video of George Floyd being casually murdered sparked protests that occasionally erupted into violent upheaval. No sooner had the outrage begun to subside than the Capitol was besieged. Irreverence and force have never been far from American hearts.

A long time ago, in a neighborhood not far from Fordham’s Lincoln Center campus, a mob assembled in lower Manhattan. It was July 9, 1776, when the crowd tore down a government-installed statue of King George III.

They didn’t stop there. They melted George into ammunition.

When the British government responded with troops, they were met with “melted majesty” — their beloved king had become musket balls.
Reading provides a pathway to extremes of human behavior that doesn’t sacrifice personal safety.
A quote often attributed to Thomas Jefferson states, “When the people fear the government, there is tyranny. When the government fears the people, there is liberty.” But there is no evidence Jefferson ever actually said or wrote these words.

The violence in American literature and culture might help explain why this fictional quote is so widely embraced. Violence is etched into the stones of American history. It’s a tattoo upon our national flesh that has never really begun to fade.

When you read violence, you’re placing your fingers more firmly against the pulse of this country and, indeed, the world. Horror may be an appropriate reaction to violence, but it is rarely useful. Critical reading subverts horror reactions, replacing them with deeper meditations.

An hour of reading can unlock decades. Importantly, reading provides a pathway to extremes of human behavior that doesn’t sacrifice personal safety.

If you can develop an understanding of monsters like Patrick Bateman of “American Psycho” or Judge Holden of “Blood Meridian,” you might find yourself more perceptive when it comes to the motivations of your fellow citizens. Monsters, after all, are most compelling when they are human.

The word “violence” comes from the Latin word for vehemence and, in the hands of a competent author, violence can be where we can find our own neglected passions and forgotten feelings.