‘The Mandalorian’ Season 2 Is Another Hit for ‘Star Wars’

The newest season has shaped up to be the best show from a galaxy far, far away 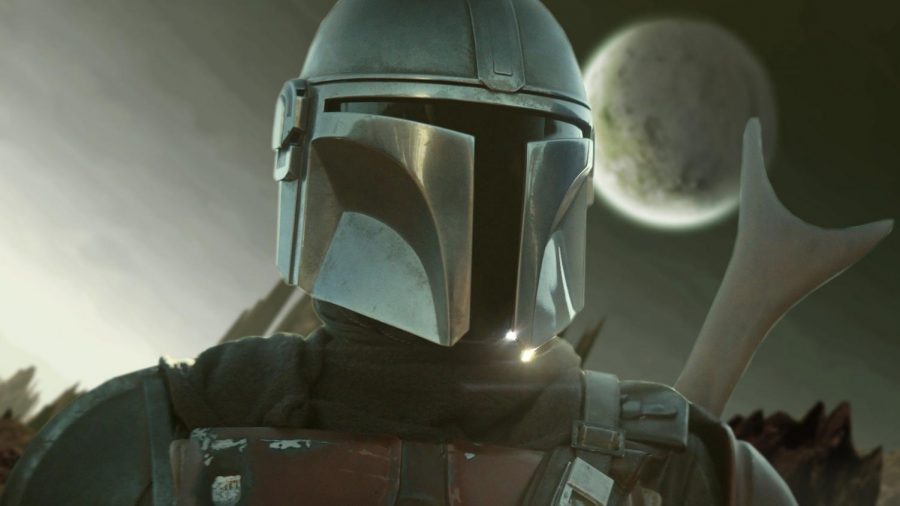 In the new season, The Mandalorian, or Din Djarin, takes on a new quest to bring The Child to a Jedi who can train him.

After the success of the Disney+ original “The Mandalorian,” expectations were high for the premiere of the second season, which was on Oct. 30 of last year. Fans anticipated that the second season would be on par with the first due to the setup and surprises from the Season 1 finale, such as Moff Gideon having the darksaber and the Mandalorian, Din Djarin, embarking on a new mission to bring The Child to a Jedi.

These unanswered questions made fans very excited for the future of the show, especially with the showrunner and creator, Jon Favreau, continuing to make the show successful and to please fans of the “Star Wars” franchise, especially new ones like me.

After finishing the second season, I realized that my expectations have been exceeded.
The midseason of “The Mandalorian” takes full advantage of everything that is great about the show and the “Star Wars” franchise.
The season starts off with a very similar tone to the first season, welcoming back fans after a year of waiting for the continuation of Din and The Child’s journey across the galaxy. Amazing directors return for the series, such as Bryce Dallas Howard and Dave Filoni; composer Ludwig Göransson also returned to make the soundtrack for the season. Pedro Pascal reprises his titular role and continues to give a strong performance as the Mandalorian.

The overarching story of the season, which is Din searching for a Jedi to train The Child, is very apparent throughout the first few episodes, something the show improved upon from the first season. By the third episode, viewers can expect to see familiar faces from the “Star Wars” universe, hinting at the show’s direct connection to the films. Surprisingly, the show becomes more intense in the middle of the season.

The midseason of “The Mandalorian” takes full advantage of everything that is great about the show and the “Star Wars” franchise. Favreau and the many talented directors decided to use these episodes, in particular episodes five and six, to bring the show closer to the events of the films. They accomplish this by adding characters who were directly involved with the films.

The season finale perfectly wraps up the main story of not only the season but also the entire show thus far. This episode establishes that everything has been leading to this moment. The stakes are very high and you cannot expect what will happen. Everything about the finale was amazing. From the story to the characters, it offers fans a special episode prior to its yearlong hiatus. Be prepared to get emotional during the last 15 minutes of the episode because an important character in “Star Wars” appears.

“The Mandalorian” Season 2 expands on the positives from the first season and provides a story that will please new and old fans of “Star Wars” alike. What I love about this show is that it emphasizes the importance of family and personal growth as a means of protecting others.

“The Mandalorian” centers around Din’s growth and his response to these changes. He was only focused on fulfilling his duties as a bounty hunter, but everything changed once The Child came into his life. Din is a bounty hunter on a mission to do what is right and protect his loved ones, which is very apparent throughout this outstanding season. “The Mandalorian” Season 2 is a must-watch, just like its previous season. In the words of Din and Mandalorians everywhere, “This (show) is the way.”