The Collapse of American Democracy Will Mirror the Weimar Republic 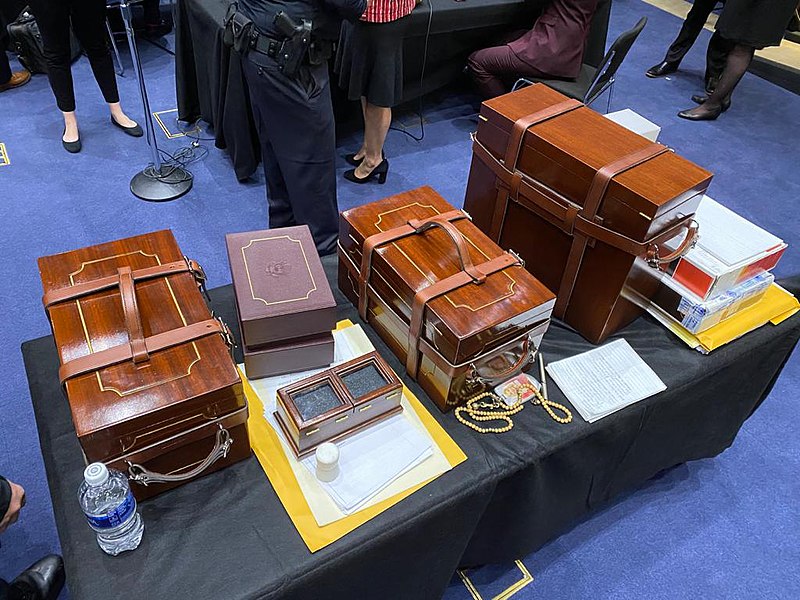 The electoral college ballots were removed from the Senate chamber as the Capitol was breached on Jan. 6. Although Congress went on to successfully count the votes, the violence that rioters perpetuated that day revealed a threat to American democracy that is far from over.

For over two centuries, a multitude of poets, politicians and philosophers have regaled the nation with the ideals of American exceptionalism and excellence. With the guiding principles of life and liberty, they told us that the violence, decadence and inequality that plagued the outside world could not touch our shores.

Well, they can, and recently, they did. On Jan. 6, 2021, we saw the myth of American exceptionalism laid to rest once and for all when wannabe revolutionaries nearly couped “the greatest democracy in history” in under two hours.

Like Weimar Germany, the United States has experienced a growing list of economic and social calamities over the past decades. Income inequality was growing even before the pandemic and is only accelerating as poor and minority workers bear the brunt of the economic turmoil.

Basic needs like food, housing and health care have become increasingly unattainable for a large number of people. just as the Weimar government proved ineffective in dealing with its economic catastrophe of the Great Depression, our leaders have also proven cold and distant as they fail to approve deeply needed economic assistance.

There are certainly differences between the current state of American politics and the Weimar Republic. Our institutions are older and more tested. While the 1920s never allowed for a genuinely peaceful political scene in Germany, the United States, for all of its many faults, was able to champion the peaceful transition from one administration to the next since 1800, even surviving a dramatic civil war.

However, like the Weimar Republic, there has been an increase in political violence and extremism in 2020, as noted by the Center for Strategic and International Studies. Just as the presence of right-wing paramilitary organizations like the Freikorps and Der Stahlhelm led to the erosion of civil and democratic norms in Germany, our far-right groups, with the Oath Keepers and Proud Boys among the more prominent factions, have grown in number and ferocity.

It was often the case that Germany’s extremists were related to the military or law enforcement, and modern-day insurrectionists followed suit by infiltrating police agencies across the country, a pattern that proved disastrous at the Capitol.

We must also deal with unique dangers that other states which have failed in the past did not have to consider. Chief among them is the capacity for conspiracy theories and propaganda to disseminate across the internet on online message boards and platforms.

Another problem we must face are the loose gun laws that have contributed to terroristic violence in the past. With the match lit by the former president and his accomplices, who incited their supporters at the rally in Washington that preceded the storming of the Capitol, the earlier chaos was all but inevitable.

I cannot undersell the danger posed by the mob that stormed into the chambers of Congress. While many of those who broke into the Capitol seemed listless once actually inside the building, there were many among them with weapons and flex cuffs, chanting threats of violence against former Vice President Mike Pence and members of Congress.
While senators and representatives reassured their constituents that the republic was strong as the mob was being cleared from the Capitol late that Wednesday night, we shouldn’t give in to knee-jerk optimism.
Yet even after five people died in connection to the riots that engulfed the very building they debated in, several Republican senators and over 100 Republican representatives voted against certifying the results of Arizona and Pennsylvania, feeding into the narrative of the rioters that the election of Joe Biden was not secure or legitimate.

Perhaps the most frightening aspect of our political destabilization is the fact that many Republicans and conservatives, like the forces that toppled Germany and other failed states in the past, have embraced anti-democratic ideas, with multiple polls showing a significant percentage of the population supporting the actions of the insurrectionists.

While senators and representatives reassured their constituents that the republic was strong as the mob was being cleared from the Capitol late that Wednesday night, we shouldn’t give in to knee-jerk optimism. Even if the storming of the Capitol building proves to be a one-off occurrence, that day’s events still validate the use of violence and obstruction to overturn the results of democratic elections for many Americans.

While the inauguration of Joe Biden was conducted peacefully, albeit under the presence of a heavily armed National Guard, the radicalization runs too deep to be dealt with so easily, as seen in the removal of 12 National Guard members over extremist warnings.

As America steps back from the brink of chaos and reflects upon the damage and destruction, there is little doubt that without drastic reforms that address both the present dangers and their underlying causes, the republic may be compromised for years to come.