‘Gossip Girl’ Lied to Me 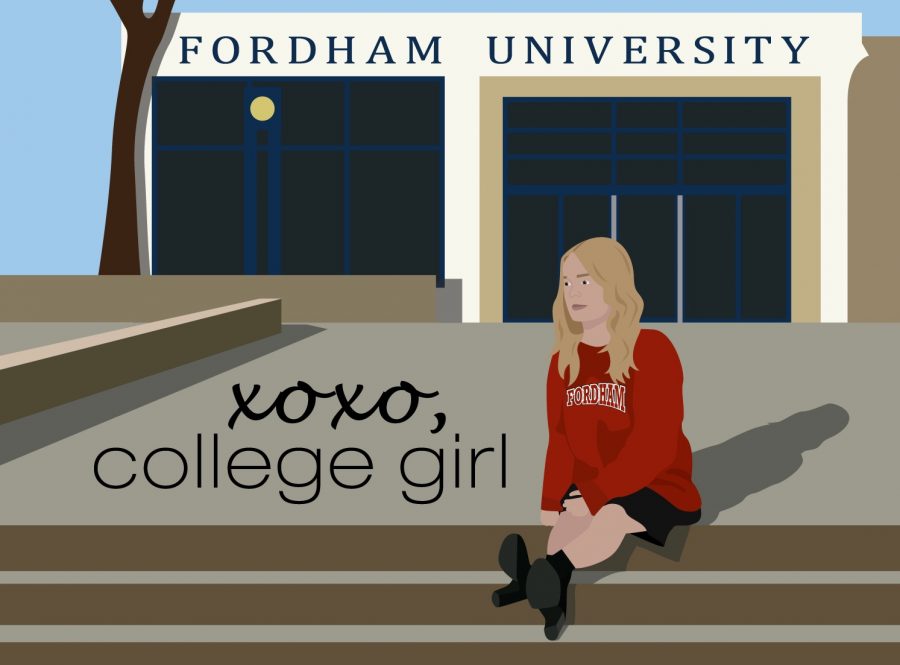 College Girl here! Your one and only source into the normal lives of Manhattan’s college students.

“Gossip Girl” is arguably one of the best teen dramas to come out of The CW and has been the source of unrealistic New York City college expectations for many, including me. In the third season of “Gossip Girl,” a significant portion of the plot revolves around some of the main characters’ experiences at New York University (NYU) and later on Columbia University, where they attend parties and engage in everything except homework.

Given that I am a native New Yorker, I was well aware that “Gossip Girl” left the abundance of pigeons and brown snow out of its New York City narrative. Still, I could not help but hope that my college experience would be as eventful as that of Blair Waldorf or Dan Humphrey. But my “Gossip Girl”-fueled expectations were shattered by reality when I started college.
Expectation: College students are ready for the runway.
Reality: The glam is a sham.
Blair was always dressed to the nines in her dorm room, rarely seen without her trademark headband and a pair of heels, leading me to think that college students needed to dress like it was New York Fashion Week every day. Now, thanks to Zoom and my one in-person class, I do not think twice about what to throw on my body. Dressing well only lasts for the first week of the semester and then it goes downhill from there. How was it even possible to put that much thought and effort into an outfit? Oh, right, it is a television show.
Expectation: There would be an abundance of parties, specifically on rooftops overlooking the Manhattan skyline.
Reality: There is no extravagant rooftop party that is happening every single night (or is there…?).
Chuck Bass’s Empire Hotel is just 600 feet away from the Fordham Lincoln Center campus, leading me to believe that everyone would go there to catch a glimpse of Chuck. In the real world, I don’t know many college students who can routinely afford an $18 cocktail.

While going to rooftop bars is popular, the entire freshman class is not all in attendance like in “Gossip Girl.” The plethora of underage drinking that went on in the show was outrageous, as the legal drinking age did not seem to apply to the “Gossip Girl” folks. They were always drinking and being served alcohol without ever being asked for their IDs — despite being under the age of 21.
The scandalous lives of Manhattan’s elite are truly entertaining, but it is by no means a reality for — as Blair would call us — commoners.
This semester, most parties that are happening are taking place over Zoom thanks to COVID-19. To be honest, though, the typical pre-pandemic college parties do not seem too attractive to me anyway, given their lack of a “mute button” or “stop video.” I guess the reality of the situation is a win.

Attending parties these days is putting everyone in danger, so if they are taking place, what a shame. The New York City skyline is great, but rooftop parties or trips to rooftop bars should be taking place when it’s safe to do so.
Expectation: There will always be a big bad wolf out to get you.
Reality: No one has time for that.
Vanessa and Georgina are among the most hated “Gossip Girl” characters and made Blair’s time at NYU miserable. They frequently sought to make each other’s lives hell due to their previous high school drama. The truth is, in real life, no one has the time for petty gossip, nor does anyone care, as we’re all just trying to make it to the end of the semester.

Moreover, high school friend groups usually disperse to different colleges. A majority of the “Gossip Girl” crew went on to attend the same college, making just a few new friends, creating the expectation that my high school pals would remain just classrooms away.
Expectation: College is fun; there’s no homework.
Reality: College is homework; where’s the fun?
Blair and company never had any homework. When they weren’t fighting among each other and engaging in new scandals, what exactly were they doing? It surely was not their homework. They were never seen in class either — only feuding in their dorms and hallways. They went to the bookstore and library for the same reason people sit in Starbucks with their laptop open, drink by their side and phone in hand, ready to snap a pic of them “working.”

In real life, there seems to be an assignment due at every given moment, leaving no time for me to even get in a quick episode of “Gossip Girl.” When an assignment is submitted, there seems to be 12 more waiting to be done, creating a never-ending cycle of homework. If only I had the time to seek out exclusive social clubs like Blair and Serena did on their very first day at Columbia.

Some of the things “Gossip Girl” did get right:
Despite the plethora of inaccuracies displayed in “Gossip Girl,” it did get a few things right about going to college in Manhattan.

College flashed by quickly in “Gossip Girl,” much like my first semester of college, which felt like it started yesterday. The “Gossip Girl” cast is in college for seasons three and four of the show, and then, suddenly, it’s never mentioned again. What I thought was a major plot hole ended up highlighting the reality that my college years are fleeting, although they have just begun.

One other thing the “Gossip Girl” writers captured perfectly is the way college students feel as they stroll down the New York City streets — like the main character of their own young adult drama. Dan can be seen grabbing coffee before school along with the rest of the characters, and this certainly is something that most college students do as well. Walking down the city streets with a coffee cup in my hand surely does make me feel like I’m starring in a young adult drama, except no one’s filming and I’m doing absolutely nothing but walking (it would still be better than “Riverdale”).

Although “Gossip Girl” will leave Netflix on Dec. 31, its unrealistic depiction of the college experience will remain in the back of my mind forever as my college journey progresses. Despite the inaccuracies “Gossip Girl” presented, it still manages to capture the changes and difficulties one will experience throughout their time in college.

Overall, the scandalous lives of Manhattan’s elite are truly entertaining, but it is by no means a reality for — as Blair would call us — commoners.   — XOXO, College Girl