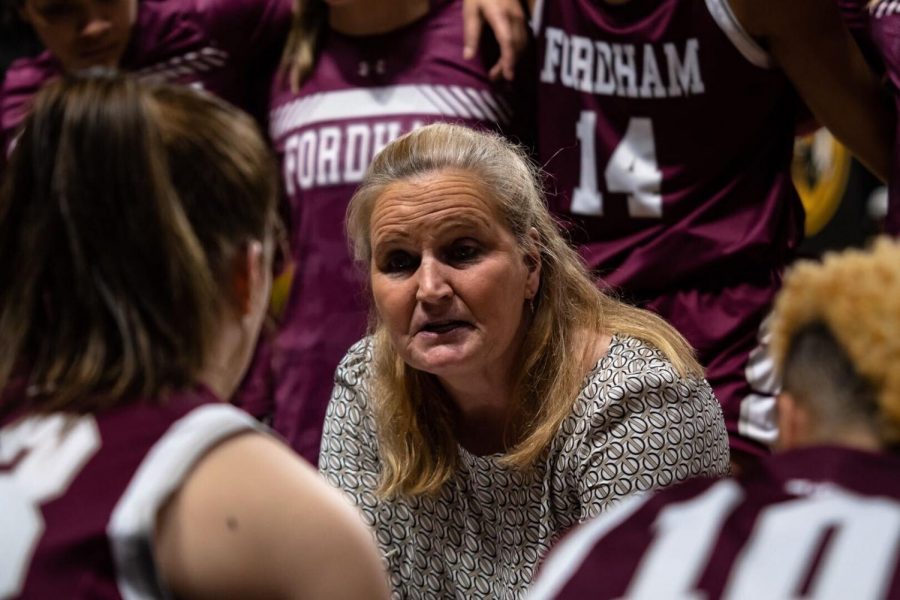 Fordham women’s basketball coach Stephanie Gaitley has entered a two-week quarantine period after coming into contact with someone who has tested positive for COVID-19. All other program members tested negative in the most recent round of tests, but the team’s game Tuesday night against Fairleigh Dickinson University was canceled following a press release at 6:11 p.m.

“We are disappointed about not playing against FDU … but we understand the fluidity of what we are dealing with and the health and welfare of everyone involved takes priority,” Gaitley said.

This is the women’s basketball team’s first incident with COVID-19 since practice resumed on Oct. 14. Gaitley’s quarantine period will overlap with the Fordham men’s basketball program quarantine, which received its second positive COVID-19 test in a span of four weeks on Nov. 30.

While the men have had to cancel their upcoming games against St. John’s University and the University of Maine, the women’s team only canceled their game Tuesday out of caution.

It’s unclear how Gaitley’s absence will affect the women’s team, but barring any further development, the team should be able to compete over the next two weeks without her. Over the next 14 days, Fordham has three games scheduled against Seton Hall University, Hofstra University and Davidson University. The program has also expressed interest in rescheduling its game with Fairleigh Dickinson later in the season, though it’s unknown if this will occur over the next two weeks.

The last of those three games will take place in Davidson, North Carolina, on Dec. 21, one day before Gaitley’s quarantine period ends. It will also be the Rams’ first Atlantic 10 (A10) conference game of the season.

Fordham isn’t the only athletic program struggling with the pandemic, as teams across the country have been affected all year. Before the cancellation against Fairleigh Dickinson, Fordham women’s basketball had to cancel one other game this season, when the Manhattan College women’s team was forced into quarantine on Nov. 25.

The Fordham men’s team’s first two games of the season were canceled because its opponents also received positive tests. Iona College men’s basketball received a positive test on Nov. 12 that delayed the Rams’ home opener on Nov. 25, and Manhattan College had to postpone its game on Dec. 3 after receiving a positive test on Nov. 23. The University of Maine, which would have faced the Rams at Rose Hill in their home opener, just resumed operations after its own quarantine period.

Since the season started on Nov. 25, the Fordham basketball program has now had to cancel six of the teams’ first eight games. The men haven’t yet had the chance to compete.