Jack Stephans, ‘The Transparent Coach,’ Passes Away at 81 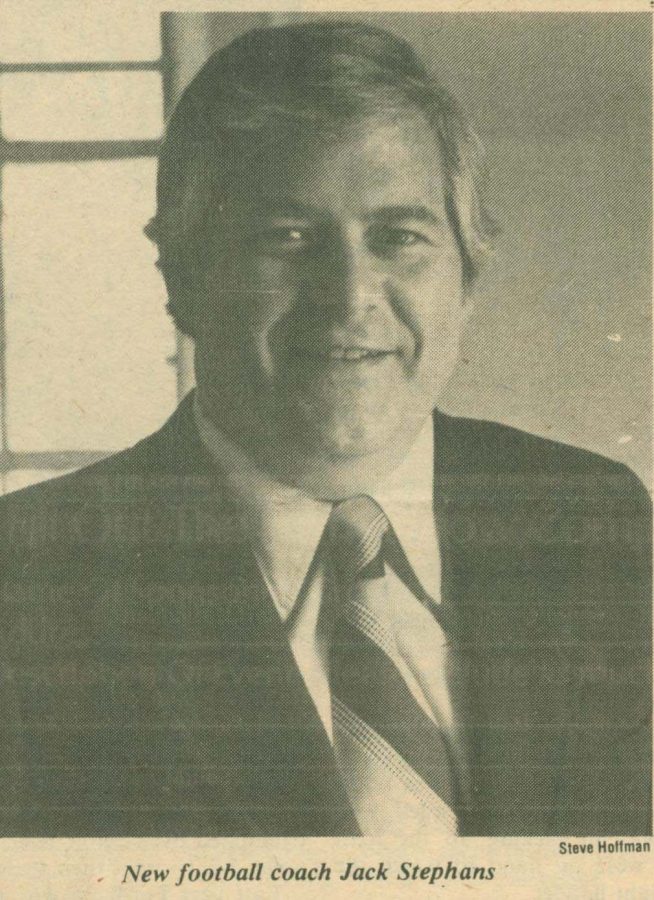 Jack Stephans ran Fordham’s football team for two seasons, leading the Rams to a 5-4 record in 1979.

On Sept. 29, former football coach Jack Stephans, who ran the team for two seasons in 1979 and 1980, passed away due to complications from Lou Gehrig’s disease (ALS). He was 81. While Stephans’ tenure at Rose Hill was short-lived and turbulent, his love of football was just as much a part of his time with the Rams as it was in a life he dedicated to the sport.

Born in 1939 in Hoboken, New Jersey, Stephans grew up playing football and was known for his talent. He attended Memorial High School in West New York, New Jersey, where he was a Group IV All-State player and member of multiple undefeated teams across his four years. He received an athletic scholarship to play as a linebacker and center for the University of South Carolina Gamecocks but later transferred to play for Boston University.

After college, it didn’t take long for Stephans to begin his coaching career as he took on jobs at several New Jersey high schools in his 20s. Even after he received his first college head coaching job at Jersey City State College, he continued to instruct at Saint Joseph Regional High School in Montvale, holding both positions simultaneously for several years.

At Jersey City State College, now known as New Jersey City University, Stephans led the Gothic Knights to multiple winning seasons. Originally a club team, his team went undefeated in 1966, his debut season. After 1967, they became a Division III football team in the New Jersey State Athletic Conference. In 1972, the team went 8-1 and won its first conference title, and by the time Stephans left in 1973, he had compiled a 48-15 record as a college head coach. He was inducted into the school’s Hall of Fame in 1983.

In 1974, the head coaching position at Fordham became available and Stephans applied for it. However, the position was given to Dave Rice instead, who went on to serve as the athletic director. Stephans did not express any ill will toward Rice or Fordham after losing the job.

In an interview with The Fordham Ram in 1979, Stephans said, “I really did not envy what he had to do. It was a lot of hard work, and he did accomplish a good deal. In fact, that is one thing I really did envy: his record.”

After serving as an assistant coach at William Paterson University in 1974, Stephans took over head coaching duties the following season. In his three years with the Pioneers, he improved on the 1-8 record he earned in his first season but never reached the same heights he had with Jersey City State. He relinquished his position before the 1978 season, when a familiar offer came across his desk.

For years beforehand, many speculated that the Fordham football team would begin to climb the ladder in the college football world. Once touted as one of the best teams in the country, the Rams had become an afterthought in Division III football. Fans, coaches and players alike hoped that the team would begin revamping the program on the way to Division II status.

However, following the 1978 season, the athletic department announced that it was instead scaling back the historic program. At the end of the year, the Rams left the Metropolitan Intercollegiate Conference and became an independent Division III team.
Stephans was hired to be the new coach. It wasn’t an enviable position.
The aftermath of the decision was devastating for the program. Without the ability to offer athletic scholarships, the university’s recruiting ability suffered greatly. As many team members considered transferring, The Ram reported that a group of 30 football players organized a peaceful protest at a Fordham basketball game. The players “wore practice jerseys with black armbands tied around their left arms and walked peacefully around the perimeter of the court.”

In the midst of this unrest, Rice resigned from his position as head coach in order to fully focus on his role as athletic director of the university. Just as the administration’s priorities were moving away from football, Stephans was hired to be the new coach. It wasn’t an enviable position.

The new head coach approached his position with conflicted optimism. In a 1979 season preview, he appreciated that many of his players “were recruited for a higher level of college football.” However, he worried that there weren’t enough of those players, and that injuries could expose the team’s lack of depth. The new coach was working for a university that had just expressed its disinterest in his program, and he did his best under the circumstances.

In his debut season for the Rams, he managed to lead the team to a winning record. Fordham went 5-4 that year, defeating teams like Washington and Lee University, the U.S. Coast Guard Academy and Seton Hall University. They lost badly to Millersville University and the University of Dayton, 48-7 and 59-11 respectively, but for a team that had just been relegated to the rock bottom level of college football, Stephans and the Rams were exceeding expectations.
Stephans coached one of the most historically significant football programs in the country at a time when no one cared about them.
In the 1980 season, the team did not match the relative success of the previous year. Following a 32-6 victory against Pace University, the team only won two of its next eight games. At the end of the season, Fordham administration expressed interest in hiring a full-time football coach, and decided not to renew Stephans’ contract.

The team would eventually gain Division I status in 1989 and joined the Patriot League, their current conference, the following year. Before then, however, the NCAA forced Fordham to vacate Stephans’ victories because of a scandal involving player Frank Mauro. The center played football for two years without registering for classes, making him ineligible. It was attributed to a “human error,” and while no individual was blamed or punished besides Mauro, Stephans’ entire tenure was retroactively marred by the incident.

Stephans never coached college football again but returned to high school football at several points in his life thereafter. His role at Fordham was diminutive, a blip on the radar in the storied (and spotty) history of the school’s football program. However, one could make the argument that few coaches at Rose Hill ever had to face the adversity he did to run his team effectively.

He wasn’t often recognized for it, and his teams never received any tangible award for their efforts, but Stephans coached one of the most historically significant football programs in the country at a time when no one cared about them. A love of the game is the only motivation for fulfilling such a thankless task, and Stephans carried it out in a way that should never be forgotten.