The Inconclusive World of Tattoos in the Workplace 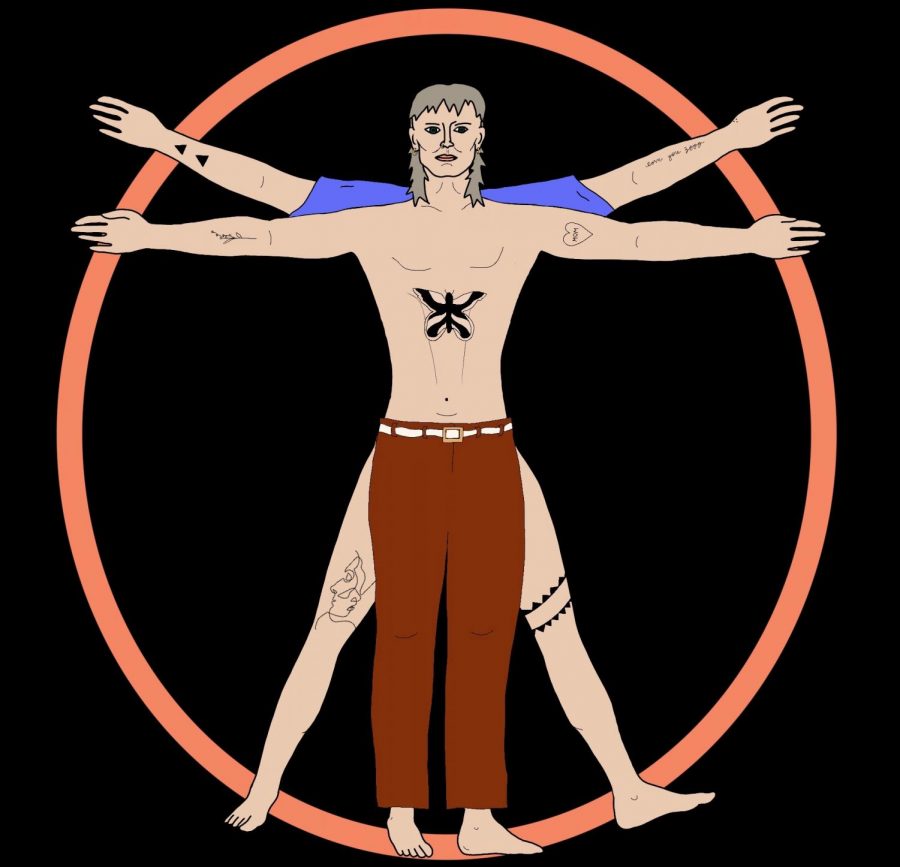 Tattoos have a controversial reputation and are seen as inappropriate in the workplace largely because they have been associated with criminal activity. However, as more tattooed people enter the workforce, many employers don’t think tattoos are as important. This begs the question — how exactly do words or images on a person’s skin dictate whether or not that person is worthy of being called “professional”?

Due to the growing popularity of tattoos, businesses struggle to figure out how to incorporate them into their dress code due to the endless scenarios that exist about them. People tend to look at tattoos in the workplace through a “right-or-wrong” lens, when in reality there is no concrete answer as to what defines appropriate tattoos for employers.

It is a common trend that employers tend to not favor people with tattoos because they do not want to risk having a negative image, but this has proven to be costly. The U.S. military was forced to change its policy prohibiting visible tattoos as they were becoming too mainstream and thereby hurting recruitment numbers.

Similar to the military, employers commonly claim the location of a tattoo is the biggest factor in determining if they are appropriate for the workplace — but these locations are never clearly specified. So who exactly is supposed to let you know whether or not your small wrist tattoo is too inappropriate for the job?
Since working from home allows people to dress more casually while on the job, this raises the question as to whether or not exposed tattoos still matter as much.
Tattoos allow a person to express themselves through permanent art on their bodies. It is hard to determine what is so “bad” about tattoos that makes them inappropriate in a workplace — with the exception of hate symbols, they are not harming anyone. If the size, shape, style and exact location of your tattoo can make or break your job prospects, then there is no formulaic way of knowing whether or not your tattoo is allowed in the office.

This concept includes covering up your tattoo for a job interview — it tends to be the widely known way to feel as though you’ll better your chances of getting hired, but what difference will it make? Who’s to say the meaningful tattoo you paid hundreds of dollars for holds the same value as the unidentifiable image your co-worker got tattooed on their arm after partying?

This also begs the question — who actually cares about whether or not you have a tattoo? According to recent studies, 63% of people age 60 and older find tattoos inappropriate in a workplace while only 22% of people ages 18-25 think they are inappropriate. In addition, around 70% of children do not mind if their caregivers or pediatricians have them. Those children are more decisive about their beliefs than the executives promoting unspecified tattoo policies at their companies.

If employees without tattoos are truly better for business when handling clients, this raises the question as to whether or not the company is hiring less productive workers for the sake of their image. If a business fears that their public reputation will be harmed so significantly by having employees with tattoos, things don’t add up. The statistics prove this false. No matter the age range, there are always people for or against tattoos — there is no perfect solution to this.

In the coronavirus pandemic, the dispute between whether or not tattoos are now acceptable in the workplace is further complicated.

Since working from home allows people to dress more casually while on the job, this raises the question as to whether or not exposed tattoos still matter as much. Employers can’t enforce dress codes as much as they once could, thereby normalizing them in this new casual setting. After all, what’s worse — showing up to work with no pants or with a colorful upper-arm tattoo?

Tattoos allow a person to express themselves and have power over their body. They are a form of art on a person’s body that is often limited by societal standards against them. In reality, there is a move toward social acceptance of tattoos, and they are not as big a deal as they once were. However, contradicting beliefs toward tattoos never give a clear indication that they are inappropriate in the workplace.

If tattoos make you happy, rest easy knowing tattoos are becoming more acceptable in the workplace. It’s time to start getting answers as to whether or not tattoos are truly appropriate for your job.