Fordham Professor on the Front Lines of HIV Research 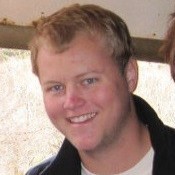 Christopher Woldstad is an adjunct professor at Fordham College at Lincoln Center who is currently studying the brain using neuroimaging at the Weill Cornell Brain Health Imaging Institute.

The idea of research sparks the synapses in the brain of every science-inclined student, causing millions of neurons to formulate a desire to make a difference. Imagine being a part of initiatives that use pathology — the study of diseases — to trace effects on the nervous system.

Christopher Woldstad, Ph.D., an adjunct professor in the Fordham College at Lincoln Center natural sciences department, has had a fascinating education and research journey.

He is currently doing post-doctoral training at the Weill Cornell Brain Health Imaging Institute (BHII), where he focuses on studying brain changes due to conditions like hypertension and traumatic brain injuries through the use of neuroimaging. He looks at the relationships between the occurrence of white matter lesions with hypertension. The adverse effects of high blood pressure on the brain are quantified and categorized by measuring how well the brain works with any impact on the cerebral blood flow.

The lab’s primary goal was to examine the different types of antiretroviral drugs that people with HIV take to figure out how to make them last longer, resulting in increased compliance rate — long-acting, slow, effective-release antiretroviral therapy.

It is one of the best HIV labs in the country and uses polymer chemistry and chemical engineering to package the drugs differently to make them last for months in a person’s system rather than just a few days.

Compliance and consistently taking medications crucially benefits one’s outcome. HIV patients have to take their medications every day, constantly reminding them of their condition and affecting their mental and emotional health.

The lack of education and awareness around this condition also plays a part in the lack of compliance and treatment. Thus, making drugs that last longer and only require consumption once a month is a big step in pharmacology and in the lives of patients. Woldstad investigated the pharmacokinetics — how the body processes the drug — and dynamics of ART drugs using a pilot theranostics nanoparticle system to track its movement within the body. His job was to use MRI and magnetic nanoparticles to expedite the pharmacokinetic data in order to investigate the difference in concentrations after time elapse.

He would insert the various ART drugs into this nanoparticle theranostics system. A nanoparticle is about 200-250 nanometers in diameter and encompasses diagnostic and therapeutic components. This meant that the nanoparticles had both the ART drug and paramagnetic iron ferrite nanoparticles that could be visualized and quantified on MRI.

The point was to do pharmacokinetic research using MRI systems to get an idea of the drug’s journey to see what the three to six-month data looked like based on two to three weeks of data. Injecting the nanoparticles into mice and scanning their kidneys, liver and spleen at different intervals helped Woldstad quantify the ART drug level in live mice.

MRI was used to detect the drug concentrations until the particles were flushed out of the system, which is impossible to do by sacrificing the animal, thus helping expedite the data process.

Woldstad’s second project addressed a significant problem: understanding why about one half to two-thirds of the patients who take the ART drugs develop HIV-caused neurocognitive disorders. One of the most recent hypotheses stated that ART drug therapy itself causes toxicity in the brain, not HIV or inflammatory cascade, suggesting that the drugs themselves are seeping into the brain.

To test this hypothesis, he injected ART drugs into mice and waited for them to reach the brain, which took about a week. Then, using a focused beam microwave irradiation machine (FBMI), he compared the control subjects with the mice given ART drugs to see the over- or under-expressed metabolism in the brain. The FBMI machine helped researchers get the right biochemical data without compromising the brain’s chemical anatomy due to the animal’s euthanization.

The heated microwaves denatured the brain’s enzymes that would cause the metabolic changes following the death of the mice. Woldstad then cut sections of the cerebellum, frontal cortex, ventricle cortex and hippocampus to study them under a microscope, a difficult task, since the brain is about the size of a thumbnail. They found that a specific drug, Dolutegravir, passed through the blood-brain barrier, which surrounds the brain and prevents most harmful agents in the blood from crossing into it. However, Dolutegravir was able to pass through and caused oxidative metabolic stress to the brain when this occurred.

Woldstad hopes to continue his research when things get back to normal, as having human subjects in the lab right now is difficult due to the pandemic.