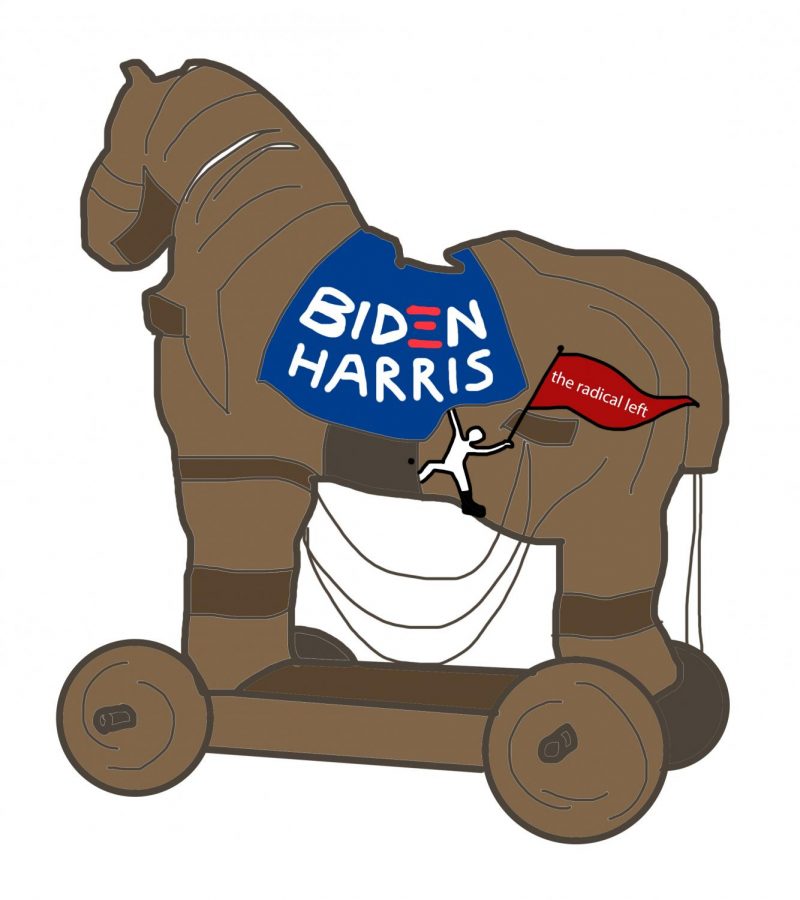 Amid a year of chaos, death and despair, it is only appropriate that the most highly contested and unique presidential election caps off this otherwise garbage heap of 2020.

Some of you reading might have even heard from our heroic Twitter blue-checks that your life is on the line in this election. All this gaslighting is extremely unnecessary and dangerous, and I am here to tell you that no matter who wins in 2020, your actual life is not in danger as a result of another four years of President Donald Trump.

However, should Joe Biden and his increasingly far left team of Democrats succeed in winning not only the White House but also the Senate and House of Representatives, the rights of the political republican minority are on the line.

Before going any further, it must be addressed that even to some of the most conservative Republicans, President Trump is an extremely flawed man. He is an egotistical, rhetorically irresponsible and unique president to say the least.

His leadership at many times during his term has been decent at best. Trump’s mouth has constantly gotten in the way of an otherwise excellent Republican agenda, degrading the party, its representatives and the people who found a political home in it.

That being said, Biden and Kamala Harris pose the greatest threat to the republican government of the United States and the individual freedoms of all Americans.

Since the dawn of the 20th century, the Democratic Party has been hellbent on denying the legitimacy of the United States Constitution. At the time, President Woodrow Wilson — like many others in his party, past, present and future — saw the Constitution as nothing more than an obstacle. In 1913, during his term as president, he criticized the checks and balances implied by the constitution, saying, “The Constitution was founded on the law of gravitation. The government was to exist and move by virtue of the efficacy of ‘checks and balances.’ The trouble with the theory is that government is not a machine, but a living thing.”

Fast forward to the present day, and it is terrifying to see that the modern Democratic Party would continue to rail on the checks and balances system of our federal government in an effort to get their way as they hinted at doing during the nomination process for Justice Amy Coney Barrett. Biden — although the moderate stance he appears to take is far from what he proclaims to be — is just as complicit in the effort to undermine America’s institutions as the far-left radicals in his party.

His selection of Harris is just one obvious example of such complicity. Together, Biden and Harris’ silent advocacy for extreme institutional changes such as ending the Senate filibuster, expanding the Supreme Court and adding states to the Union will negatively impact and subsequently infringe on the rights of the minority.

Federalist Paper No. 51 — arguably the most famous paper of them all — advocates for checks and balances to protect minority rights: “All authority [in the United States] will be derived from and dependent on the society, the society itself will be broken into so many parts … that the rights of individuals, or of the minority, will be in little danger from interested combinations of the majority.” Madison argued for a protection of the institutions of checks and balances to preserve the rights for the other 49% in the minority, but now with the present plans of the Democratic Party, the voices of the minority will be silenced in what can only be called mob rule.
A Biden-Harris administration will not save anyone; in fact, it will only stomp on those Americans who ideologically oppose them by destroying the institutions that give them a voice.
The potential Biden administration is proposing major policies that would typically require a fully representative system that adheres to institutional norms. By going along with the vision of  the rest of the Democratic party all hurdles of Congress could be avoided as an extremely liberal-leaning Supreme Court could do the legislative bidding of the party in charge as they did in Roe v. Wade, National Federation of Independent Business v. Sebelius and Obergefell v. Hodges.

Democrats have wanted to bypass the representative body in Congress for generations now, beginning with ironically Republican-Progressive President Theodore Roosevelt in 1901. In his constant denials of questions regarding these issues, Biden has proven that he would be willing to carry on the legacy of a figure like Wilson and avoid the checks and balances of the Constitution.

For the independents reading this who want a fair balance of government intervention in everyday life, remember this: Joe Biden, as Vice President Mike Pence said, is nothing but a Trojan horse for a radical leftwing government. Harris is the most liberal senator in the current Congress, surpassing even the Democratic Socialist Bernie Sanders.

Harris has advocated for executive (and unconstitutional) action on gun control on numerous occasions; she endorses the Green New Deal, a policy that would cost the United States $40 trillion over the course of 10 years, and she believes in government-controlled health care that would all but abolish any private options for those who want it.

Biden will not be a hero coming in on a horse to “save the soul of America.” A Biden-Harris administration will not save anyone; in fact, it will only stomp on those Americans who ideologically oppose them by destroying the institutions that give them a voice.

Not voting for Trump is a view that I can wholeheartedly understand, but not once has he tried to destroy the institutions that give people power; he has only unintentionally strengthened them. Biden would intentionally destroy anyone who stands in his way.