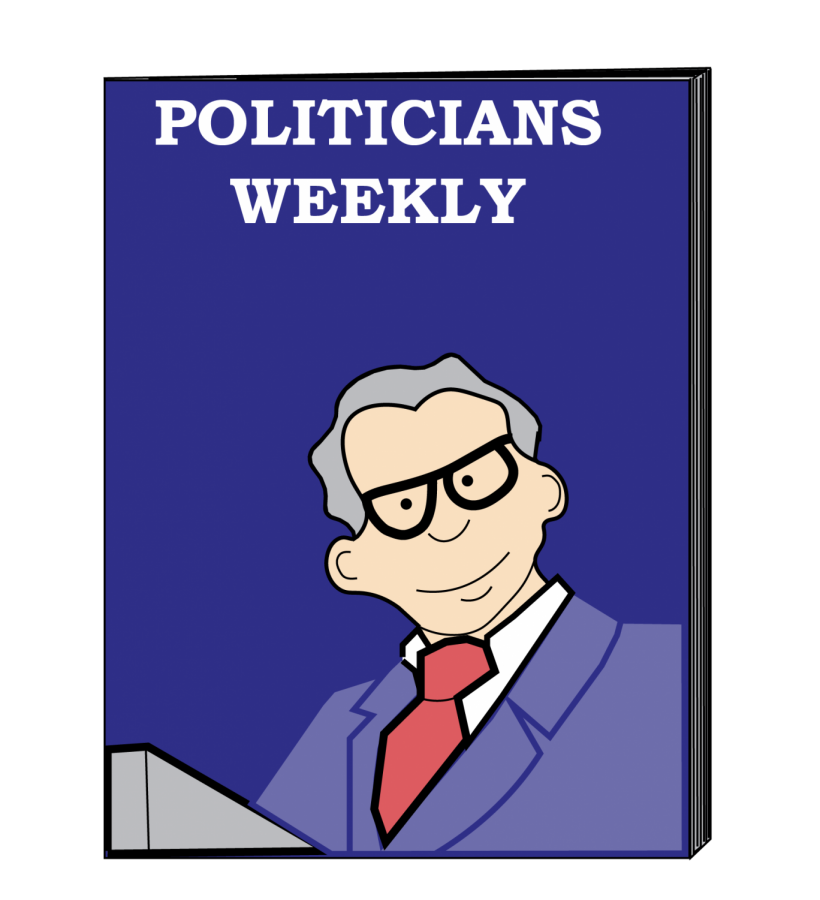 The long lineage of political families and their history at Ivy League schools make me wonder: Why do we court presidents like we’re courting an arranged marriage?

Presidential elections are just like arranged marriages in two ways: Both are organized by rich, oligarchal organizations (families and corporations), and both display the reassuringly classical symbols of success of their subject — the husband and the presidential candidate.

Politicians are traditionally Ivy League-taught, polished, well-suited and lawyerly spoken; they are laid out on a debate stage like dolls on an assembly line. It’s not different from how husbands are presented in an arranged marriage — both are posturing to feel self-assured.
Truly, Americans have become the oppressed woman in an abusive arranged marriage to an Ivy League husband, unable to look for different options because history has already determined the type of characteristics we expect in our politicians.
The best word to describe how politicians want the American public to view them is as is “respected.” They are just like the  male suitor in an arranged marriage trying to get their potential wife’s “respect.”

Politicians trying to gain respect from the American public is a peculiar task because the notion of respect is not utilized much in American identity. When we think of Americans, we think of individualized characters, trendsetters, entrepreneurs and one-of-a-kind-gems. Americans, throughout our history, have constantly been defiant of authority. So how do politicians reap respect from Americans?

Asking why there is this toxic relationship between the American voting public and classically schmoozy politicians is the same as asking, “Why did the woman accept the toxic arranged marriage?”

The truth is that many women are pressured into an arranged marriage by their parents who are attracted to these characteristics because society determines that they carry a certain weight and value.

Truly, Americans have become the oppressed woman in an abusive arranged marriage to an Ivy League husband, unable to look for different options because history has already determined the type of characteristics we expect in our politicians.

Let’s fast forward to after the arranged marriage, after we have elected thousands of career politicians to Congress and to the presidency. We’re not feeling safe. This year, we experienced COVID-19, the Black Lives Matter movement  and more. The suffering from both of these issues is caused by systemic problems — a broken health care system and the effects of widespread racism. Things are really bad with our Ivy League husband.

All of these problems we are having with him right now are caused by our leaders’ inabilities. So, we try to open a dialogue with these long-held career politicians, the Lindsey Grahams, the Chuck Schumers, the Mitch McConnells.

In return, we get more dodgy questions and misinformation. These career politicians spread misinformation and switch around the discourse to avoid talking about real solutions to these issues, and some even argue there are no “systemic issues” and they are not at fault for anything. This is equivalent to gaslighting someone in a relationship.

This all sounds similar to the woman forced into an arranged marriage where her husband gaslights her. There is no good in sight, everything is bad, and reality is shaded so drastically that there’s no objective black-and-white truth. That Ivy League degree was a complete sham. Our trust in the classic symbols of “polished politicians” is evaporating because, in truth, they’re toxic.

Acting like an everyday person will be the new “Ivy League,” the new “career politician,” in the same way the nation yearned for more “governor-types” like Carter and Reagan instead of Washington insiders like Gerald Ford after Watergate.

Today, Americans yearn for a complete abolition of the political system dominated by a typical politician’s iconography, image and lack of progress. We seek their antitheses — the Al Grosses, the Andrew Yangs, the AOCs, the Donald Trumps — hoping to find some solution to the problems we face.

Going from one populist to the next is a bit sporadic, but it’s a lot better than being stuck with career politicians who won’t do anything.

When either Biden or Trump gets elected, two faces of an old toxic past of condoning career politicians’ actions, one thing’s for certain: Career politicians are done, and young, casual, real Americans are taking their place.

The 2020s will house the powerful reaction to the arranged marriage that is American politics.