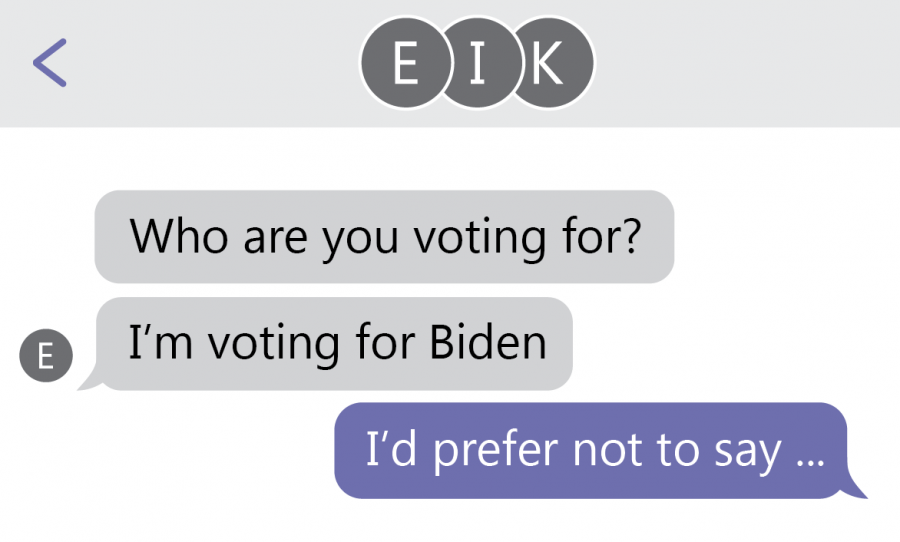 Conservative students on Fordham’s Lincoln Center (LC) campus have often found themselves in the minority. An anonymous political survey of 211 Fordham students conducted by The Observer found that only 10% of respondents identified as Republicans or Libertarians.

Brandon Sapienza, Fordham College at Lincoln Center (FCLC) ’21 and staff writer at The Observer, said that Fordham is not a safe place for students to voice conservative opinions.

“At least at LC, the population of the school is extremely liberal and that’s to be expected of a college these days,” Sapienza said. “The problem is that students now exist in a liberal/leftist bubble that is subsequently enabled by an administration who is not fond of conservative viewpoints themselves.”
We’re currently living through a very strange, illiberal time in academia, whereby not expressing strict adherence to the reigning orthodoxy can hinder one’s future career prospects within the academy. anonymous Fordham professor
Of the 59 students in the unaffiliated or independent group, only two respondents said they have decided to vote for Donald Trump, compared to 44 students within the group who said they’re choosing Joe Biden. None of the left-leaning students said they were voting for Trump.

When students were asked if they were willing to be contacted to talk more about their responses, students from the left and unaffiliated students responded yes 37% of the time. Only 19%, or four out of 21 conservative students, responded that they would be willing to be contacted about their political beliefs. This suggests that conservative students are less likely to speak about politics compared to their more liberal counterparts.

Ava Peabody, FCLC ’23, had a different perspective of on-campus political discourse. She said that conservative students can safely voice their opinions on campus.

“However, I define ‘safety’ in this context as freedom from fear that you will be sincerely threatened or attacked for expressing your political views,” Peabody said. “This does not mean that no one will criticize or challenge you—in fact, I think it’s very likely. But in every situation where political views are being discussed, there is always a possibility that someone is going to disagree with you.”

Similarly, Fordham faculty are less likely to discuss politics on the record due to fears of alienating students or compromising their jobs. One professor denied a request to interview because they did not want the attention. It is unknown whether this is due to their political beliefs or boundaries they set between their work and personal lives.

Another professor, who agreed to be quoted anonymously, said, “I’m not comfortable being on record about these issues at my place of work.”

“I do not think that the hesitation (mine or anyone else’s) is due to anything that the Fordham administration is doing,” they added. “The rules that protect us and the attitudes around campus are fairly liberal compared to other Catholic universities.”

Another professor who agreed to speak anonymously said that they didn’t want their political views to negatively affect their students.

“I prefer my students not to know my ethical or political beliefs,” they said. “I don’t want them to write their papers in a certain way, trying to curry favor, nor do I want them to be unduly influenced by my views — I want students to engage with the ideas with as fresh a mind as possible.”

The professor was also concerned about the potential career costs of being politically outspoken. “We’re currently living through a very strange, illiberal time in academia, whereby not expressing strict adherence to the reigning orthodoxy can hinder one’s future career prospects within the academy,” they said.

“So if I were to express views contrary to majority opinion,” they said, “then that could one day be used against me by someone on a hiring committee who looked up my name.”

Although politics have become more divisive in recent years, both professors and students attribute their hesitations about sharing conservative ideology to the fear of their ideas not being welcomed at the Lincoln Center campus.

“Picture it like the wild where a mother is trying to protect her young and will quickly pounce on any possible threat,” Sapienza said. “That’s what it’s like being a conservative at Fordham.”

Chase Frazier, Fordham College at Rose Hill ’20, who identifies with a minority political ideology, sees the importance of being able to socialize with people who hold different political opinions than his own.

“I do not believe I have a single friend who shares my politics,” Frazier said. “During times of significant political ossification, finding areas of interest, rather than contention, are especially important because they help break down existing and reinforced tribal barriers.”