Is Television Still Relevant in a 2020 Election? 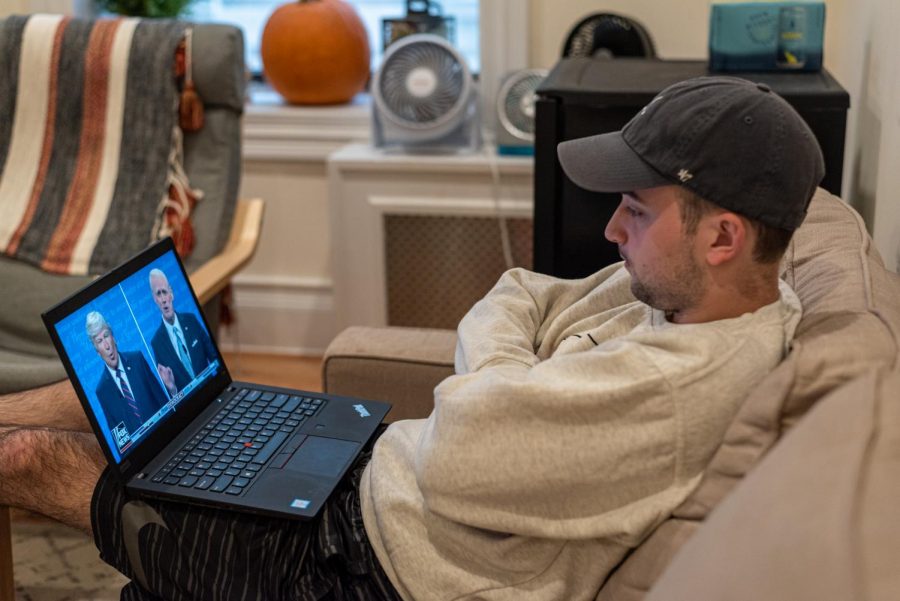 Fans have always turned to "Saturday Night Live" for election satire, but as the actual election itself becomes more absurd, the program has to follow suit.

For the past few years, two questions have loomed over the entertainment industry as streaming services like Netflix and Hulu gained more popularity: Is television dead? Is television necessary? Despite the trend of people cutting out cable, television as a pastime has increased throughout the decades. It has helped shape history and served as a powerful political tool. And with television continuing to fight for its influence as a crucial media platform, 2020 has been no exception.

John F. Kennedy, notoriously known as the nation’s first “television president,” was the first president to hold live coverage of his regular news conferences. During TV debates, Kennedy connected to the American people with his charisma — in a more personal way than ever before. Kennedy utilized the new media of his time to his advantage throughout his campaign and presidency.

Television “changed how politicians needed to act,” noted Kat Daughdrill, Fordham College at Lincoln Center (FCLC) ’23. “You had to look like someone in charge of a country.” While Joe Biden and Kamala Harris have extensive political backgrounds, they lack experience in the entertainment world, unlike Trump and Pence.

While Trump is known for co-producing and hosting the reality shows “The Apprentice” and spin-off “The Celebrity Apprentice,” he was also an actor and participated in weekly guest appearances on “Fox & Friends” until the start of his presidential campaign in 2015. Because of this, during the 2016 election, Trump was a familiar face to many with his public celebrity profile. He knows how to capture attention to himself and give an entertaining performance. In comparison, politicians like Hillary Clinton were seen as cold and detached.

Pence also has practice with crafting a public persona. He was a radio and television talk show host of “The Mike Pence Show” in Indiana where he discussed politics. During this time, an infamous op-ed he penned in 1999 arguing that Disney’s “Mulan” was an attempt to influence the debate at the time concerning women in the military. He has plenty of useful experience with public speaking and persuasion that can be useful in any debate, especially a televised one.

The past three televised debates have been perfect opportunities for Trump and Pence to show off  their media skills and win back the American people à la John F. Kennedy. Interestingly enough, Biden channeled the approach Kennedy made popular in the 1960s by staring straight at the camera numerous times to talk directly to the nation about the urgency to vote and stop the COVID-19 pandemic.

In 2020, the biggest conversations are centered around jokes and Twitter memes, such as the fly on Pence’s head during the Oct. 7 debate. Biden’s campaign immediately started selling fly swatters as merch in response.

Daughdrill said, “I think that shows a difference in priorities over what people are looking for now.” She continued, “it shows how candidates are appealing to a younger generation. The behavior (demonstrated in the presidential debates) could have been considered unprofessional but was actually funny.”

The first 2020 presidential debate reached 73.1 million viewers, according to popular TV rating scale Nielsen, one of the highest-rated television events of the year. Even if people believed the candidates were unprofessional, it still made entertaining television.

The involvement of the entertainment industry doesn’t end there.
Celebrity Culture
Celebrity culture, especially as of late, has gotten heavily involved in this election cycle. Recently, “Guardians of the Galaxy” actor Chris Pratt came under scrutiny on Twitter for his church’s supposed anti-LGBTQ+ views and allegations of supporting Trump.

On television, Demi Lovato chose to make a political statement during the Billboard Music Awards by debuting her song “Commander in Chief.”

Controversially, a large electronic backdrop was supposed to light up at the end of Lovato’s performance with the word “VOTE” but was cut at the last minute from the telecast. Sources claim NBC saw the message as a call to vote against Trump, just a day before NBC hosted Trump’s town hall.

“Saturday Night Live” (SNL) continues to receive mixed reviews due to the polarized political climate. Jim Carrey performing as Joe Biden appeared to be a slam dunk for the network with the first skit reaching 27 million views on YouTube in two weeks. Unfortunately, over time, the impression has amassed a handful of critics. On one hand, some say Carrey is too physical or dramatic of a showman to portray Biden’s earnest character properly, but others point out that it wouldn’t be SNL if it wasn’t dramatic. Beckett Schiaparelli, FCLC ’23, leans toward the latter, saying, if Biden “wasn’t cartoonishly exaggerated, it wouldn’t really be funny. You gotta hit both sides of the aisle, even if one side arguably deserves it more.”

Carrey has been just one of many celebrities trying to speak up and contribute to political discussion.

Brianna Doucette, FCLC ’23, touched on celebrities’ heightened political activity and stated that celebrities “come from such a place of privilege…the ones that are the most helpful are the ones that share info or provide sources on where people can get information rather than them talking from their own experiences.”

Following its history of involvement in every election since its premiere, “Saturday Night Live” continues to air on late-night television and provide a good laugh, even if many viewers catch it the next day on YouTube instead. One cannot discuss the history of television and politics without acknowledging the growing transition to social media and online platforms for information and interaction with the American people. Most students interviewed were inclined to talk about online-related events rather than anything televised.
Outside of Television
Even though we can use our phones for most of the things we used to use TV for, like news, campaigns, and shows, they’re still filmed and conducted in the format appropriate for TV. Everything starts with television in mind, even now. Kat Daughdrill, FCLC ’23
On Oct. 20, two days before the final presidential debate, over 400,000 viewers were online for the U.S. Representative Alexandria Ocasio-Cortez (AOC)’s Among Us stream to get the vote out, which became the third biggest Twitch stream for an individual streamer of all time. Insiya Gandhi, FCLC ’24, was eager to discuss the event and show support for AOC.

“She came across as a normal person having fun navigating a game, not a politician pressurizing people to vote,” Gandhi said. “She’s the first political leader I’ve seen in general actually make an effort to connect with people.” She went on to share that most people her age, including herself, prefer to get their news from email newsletters, conversations in class and podcasts, while parents tend to opt for news networks and television.

Television is still impactful and relevant, depending on which generation you’re speaking to. The Among Us stream acquired the exact demographic it was intended for: young people new to politics and voting who have the potential to organize and generate change for decades to come. Ghandi ended on a cheerful note, “I think she’s opened gates for more politicians to interact with their constituents in more engaging and non-conventional ways!”

Even if people are slowly moving toward the internet for political news, that doesn’t mean television is completely left in the dust. “Even though we can use our phones for most of the things we used to use TV for, like news, campaigns, and shows, they’re still filmed and conducted in the format appropriate for TV. Everything starts with television in mind, even now,” Daughdrill wanted to remind others.

Television has never gone away. It might not be at the forefront, but it helps create the content we have today. Not to mention that the way politicians present themselves helps create the history that impacts us now. People “observe body language and make subconscious decisions that ultimately influence our decisions. After all, no one wants someone who seems aggressive or nervous as the president. They want someone that sounds and looks good.”