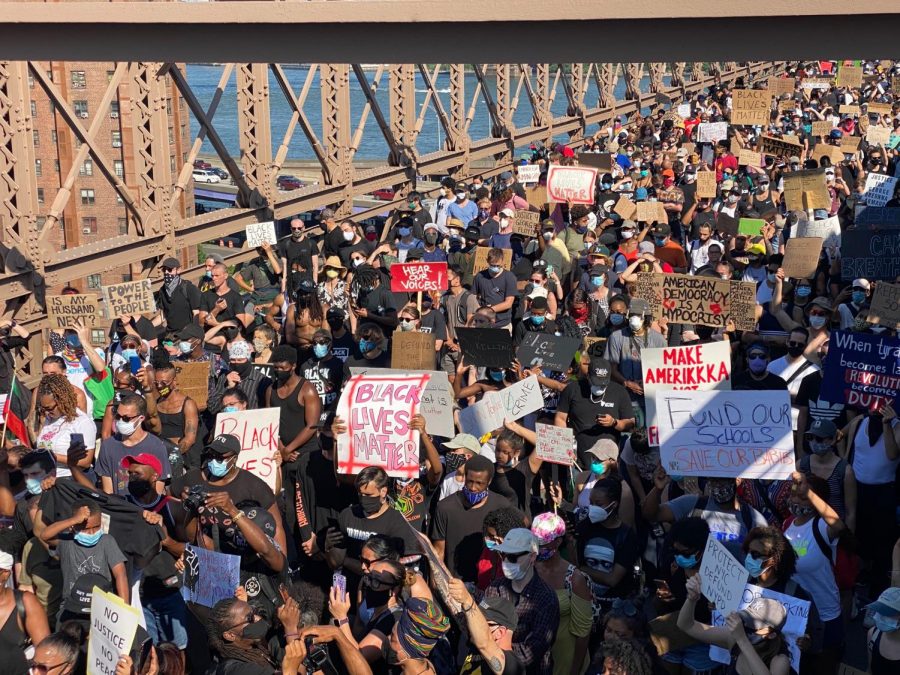 The Black Lives Matter movement has taken center stage in many students' lives and will play a major role in the 2020 election.

In an anonymous political survey of 211 Fordham students conducted by The Observer, respondents were asked to rank what they think are the most pressing issues in the U.S. Policing earned the third highest ranking with 50.7%, slightly trailing behind climate change at 79.1% and health care at 64%.
“I think the Black Lives Matter movement will remain a primary issue in the minds of most Americans.” Amara McNeil, FCLC ’23
Raekwon Fuller, FCLC ’23, emphasized that finding solutions to the survey’s top contenders for most pressing issues “is how policing will ultimately change,” due to the interconnectedness of the racist roots of American policing, environmental racism and anti-blackness in the medical field.

“I think the Black Lives Matter movement will remain a primary issue in the minds of most Americans,” Amara McNeil, FCLC ’23, said. “But I don’t see us making any significant strides forward when it comes to actually changing policy and bettering the lives of people until we recognize that the systems of power are the issue and not the people who are in power.”
The Apex and Decline of BLM Support
According to The Observer’s 2020 Political Survey, 84.4% of students participated in the BLM movement this summer either in person, online or a combination of the two. In contrast, only 55.9% of students were active in the movement prior to the murder of George Floyd.

In June, Fuller led protests in his home state of South Carolina. “Something just ignited in me. I think the greatest change for me was getting into a society of African American people who understand the value of their skin, and them teaching me to stand up for myself and to love myself.”
“You see some people who are still trying to keep the fight alive, and are going to protests, but it’s not as prevalent as it used to be.” Raekwon Fuller, FCLC ’23
Pantho Sayed, Fordham College at Rose Hill ’22, did not participate in any BLM protests this summer. He said he is against police abolition but believes in the need for reform — a view he considered to be “not nearly as radical” as those of his college peers.

“A lot of people I was around seemed to suddenly care about the things that I had been caring about for a really long time. But I think I got a little too excited too fast,” McNeil said. “People are already starting to not care anymore. It’s not the hottest topic, it’s not the trendy thing to do anymore.”
The Election and the Movement’s Momentum
According to The Observer’s Survey, 40.3% of students’ image of their preferred candidate for the presidential election changed in the last six months due to their response to the pandemic and the BLM movement.

“Having a candidate who would benefit the Black Lives Matter movement has always been a priority, however in light of our options, the standards are low, and I’d simply prefer one who doesn’t consistently condemn the movement,” one anonymous respondent said.
“Liberation cannot happen under the current state of the government.” Anonymous survey respondent
An almost-unanimous 94.3% of students said they believe that the BLM movement has influenced people’s thoughts on the 2020 election, while a lesser 79.6% of respondents said they believe the BLM movement has influenced politics and will trigger legislative change.