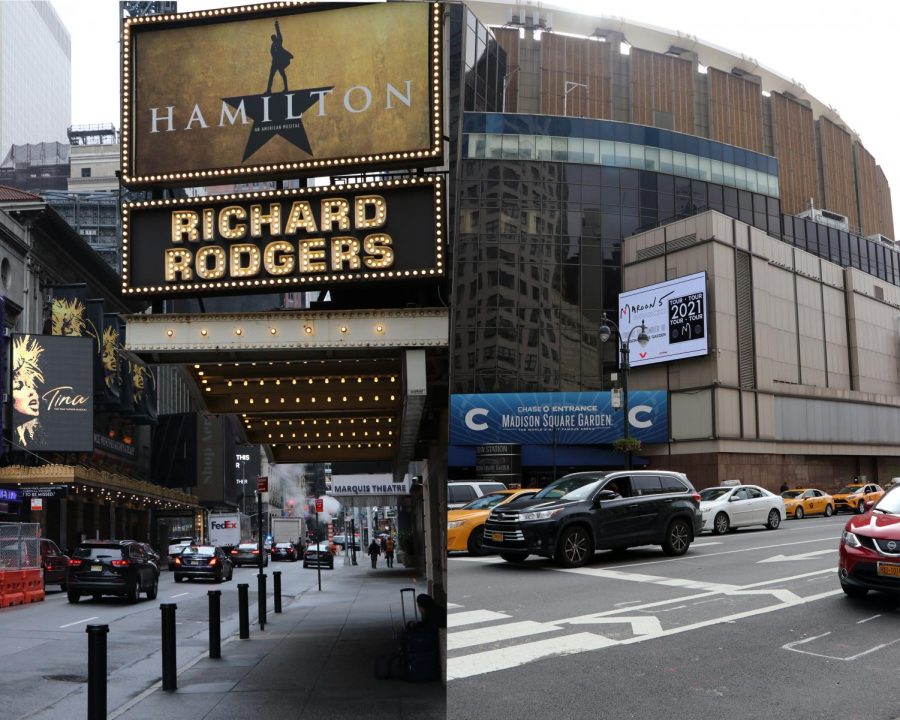 Live sporting and performance events were both interrupted by the pandemic, but sports have since found strategies and support to return that the arts still lack.

I grew up in two different places at one time: in an arts community centered at a local dance studio and in a public sports high school in central Ohio. Half of the people in my life worshipped any activity that required a ball and the other half cultivated a sincere love for dance, performance and theater.

When I was in high school, I started to heat up when I realized how much appreciation and funding school sports received in comparison to the arts departments.

I noticed how popular sports events were televised during prime time and how tickets were always sold out. I noticed that my small dance studio struggled to engage the community. I noticed that people never quite understood the power of storytelling in concert dance or the brilliance of Georgia O’Keeffe or the history-making show “Chicago,” which was arguably the best musical to ever run on Broadway.

On college signing day, while the soon-to-be collegiate athletes were being praised, I was asked if you could even study dance as an art in a university.

Now, four years later, I am about to graduate with a degree in dance from the rigorous Ailey/Fordham BFA program. I will enter a dark, empty, COVID-plagued stage.

The shutdowns gave us a glimpse of life without sports and life without art. Both fields live on a wide spectrum in terms of funding and public participation. There are small-scale sports and small-scale arts, as well as massive, profitable corporations in both fields, all of which create benefits in our society. Sports are accessible, community-building, money-making organizations; the games have returned, with empty stands and full support.

Art is communication, community, expression and healing; however, the arts have struggled to make their grand return. COVID-19 has set the stage for necessary, life-sustaining industries to gain a spotlight. The early revival of sports in comparison to the state of the arts world right now proves we have not listened.

The true value of art became clear when our strings were pulled to their extremes at the height of the pandemic. We had no places to go. We started to rely on television to consume art; art that made us feel somewhat connected to our newly disconnected world.

We turned toward books, magazines and periodicals that had long been put off, as well as TV shows and movies. Whether we realized it or not, art kept the world and its creative minds turning. It gave us an outlet to travel to a new world for a couple hours or virtually visit a space that wasn’t our couch.

The production of art has not stopped. Instead, the entire community has simply altered its platform. Artists have come together in enriching ways to provide accessible work to anyone with a screen — and often at no additional charge.

Individuals and companies have posted virtual performances, classes, talk-backs and films. An entire Instagram page was created to post free virtual dance classes every day in quarantine. New York City Center will host its annual Fall for Dance in a new virtual reimagination. The conversation is open and very much alive, but it can’t go on like this forever.

Performing artists rely on performance revenue and ticket sales to bring in income. The arts are now more accessible than ever, but it is not sustainable for artists’ work to be free. Many of the artists whose work we relied on for comfort during the pandemic have been left jobless and hopeless — and they continue to be seven months into the pandemic.

The sports realm experienced similar cancellations and restrictions. Huge associations, such as the NBA and MLB, were forced to cancel their seasons in March. I noticed the outrage in fan bases when this occurred. I noticed the extreme outrage when the corporations announced that the sports would start back again months later, but without fans.

There was no reimagination of the sports world necessary; if there was, I imagine that Under Armour or Nike would likely sponsor frontrunning teams, throwing millions at them in a heartbeat. The NBA created an actual bubble and successfully completed its season; players were paid for their craft, despite the lack of in-person attendees. The Big Ten is also set to start back after receiving a push from players, their supporters and President Trump. When the world stopped turning, the sports network continued to make its world turn through monetary and emotional support across the country.

Though some theaters in other states have been able to stage modified in-person productions or host outdoor social distanced events, New York’s theaters remain dark. Most shows are on hold or canceled. The arts scene in the city took its latest hit when Broadway announced that all shows will be closed until June 2021, and a few shows have canceled entirely. Theaters are unable to welcome an audience because limited capacity will not fund a full stage opening.
The arts are now more accessible than ever, but it is not sustainable for artists’ work to be free. Many of the artists whose work we relied on for comfort during the pandemic have been left jobless and hopeless — and they continue to be seven months into the pandemic.
There has been no direct push from public leaders to get these individuals back to work. No laser-point focus on the health of and respect for others so that they can get back to their craft. No monetary support to reimagine the small, already tight theaters.

The tensions that enraged me in my youth are at a boiling point at this very moment, and COVID-19 lit the match. I applaud the sports corporations for safely finding their way back onto the fields and courts. But I hurt as I see my community of artists ready to pull back the curtain and start giving and sharing again but with no way to do so.

We do not value art as we should. The entire industry is taken for granted, forcing artists to live unsustainable lives. The arts are craving, wanting and needing more respect, more money, more compensation and more appreciation.

Take a moment and try to picture what our world would look like without art. Impossible, right? Art engulfs every aspect of our lives, from the buildings you walk by to the webpage you are on right now.

Next time you consume a piece of art, think how you can give back to that suffering, yet still thriving, community. Donate to organizations that support artists. Take an online class from a dancer or performer who is sharing their craft in a time of struggle. Research the performance art scene in your community, how it is adapting to the pandemic and how it is working toward normalcy. At the very least, open your eyes and recognize the immeasurable value of art in our lives always, but especially now when artists need us the most.