Celluloid Series #1: A Celebration of the Avant-Garde 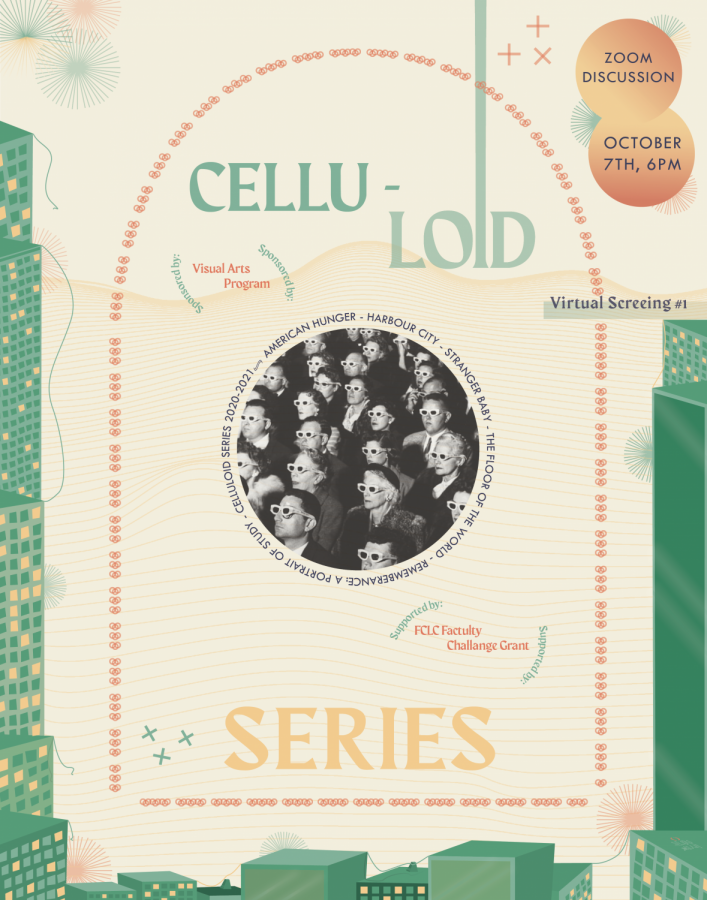 The “Celluloid Series,” put on by the visual arts department, has screened five avant-garde films and hosted discussions with students.

Fordham’s visual arts department presents the “Celluloid Series,” a set of in-depth discussions taking place each semester that aim to further conversations about filmmaking practice and content. The development of this series came as a result of the department receiving a Faculty Challenge Grant from the arts and sciences deans. At the first, and so far only, installment of the series, which took place over Zoom on Oct. 7, Fordham Visual Arts Director Mark Street and professor Ross McLaren, in partnership with New York’s Film-Makers’ Cooperative, discussed five different short films with students and fellow film enthusiasts.

“The Film-Makers’ Cooperative is a vibrant organization that has been distributing films since 1961,” Street said. “They’ve distributed films by Andy Warhol, Marie Menken and Jonas Mekas. I’ve had my own work there for the last 20 years or so. Students do internships there all the time, and it’s always a great chance for them to brush up against artist filmmakers and join in the community of avant-garde film.”

Students were asked to view the five different avant-garde films, including “Remembrance of a Portrait Study,” “The Floor of the World,” “Stranger Baby,” “Harbour City” and “American Hunger” by themselves before they discussed their reactions and thoughts with the group. “Harbour City,” in particular, impressed most students with its split-screen-edited, almost psychedelic presentation of downtown Hong Kong.

“I feel like the split-screen technique was interesting because you have to almost choose which screen you want to look at,” Percy Wu, Fordham College at Lincoln Center (FCLC) ’21, said about “Harbour City.”

“When I finished the film, all that was left with me were still images of some of the shots that appear in the film. It felt like the film gave me the impression of the saying ‘Before you die, your whole life flashes before your eyes,’ because it all felt like sensory bombardment.”

Paulo Coelho, Fordham College at Rose Hill (FCRH) ’21, also experienced “sensory bombardment” while viewing the film. “I thought (‘Harbour City’) was interesting because at first, I thought that it kind of contrasted with the rest of the films in the way where the other ones felt much more personal and human,” Coelho said.

“The film just felt like a lot of stimulus overload, but I think that, as I continued to watch, I learned how to discern from the ‘hustle and bustle’ of the film and how to pick out individual elements and visuals. And I really enjoyed that, because it felt like something I kind of grew with as I was watching.”
It’s impossible to say that these films have anything in common, other than the fact that you probably wouldn’t go to see these films at your local movie theater or mall. It’s artists working in film by and large, rather than filmmakers just making films. Ross McLaren, visual arts professor
For both Street and McLaren, the choice to focus the discussion on avant-garde filmmakers rather than the “commercial” works of more contemporary filmmakers allowed students to think outside the box when discussing their own personal praises and critiques of each film.

“I thought each film truly created its own language and truly asked us to look at it in a particular way,” Street said. “Even the first film we watched, ‘Remembrance of a Portrait Study,’ I couldn’t figure out what was going on at first. But I sunk into it, and it sort of told me how to watch it. I’m really appreciative of films that don’t hit you over the head, or don’t tell you how to look at them, but allow them to evolve over time,” he continued.

“What immediately struck me was the diversity of content and technique,” McLaren said. “In other words, it’s impossible to say that these films have anything in common, other than the fact that you probably wouldn’t go to see these films at your local movie theater or mall. It’s artists working in film by and large, rather than filmmakers just making films.”

A film doesn’t have to abide by the Hollywood system of filmmaking, as long as it serves as a reflection of the artist first and foremost. Film itself is a medium that is open to manipulation, a medium where the artist has creative authority, and yet, no authority at all. It’s the artist’s job to “paint” a picture, but it’s in the viewer’s own interest to interpret that picture for themselves.