Let People Read What They Enjoy

In an overwhelming world, the books you read should be the last thing you should worry about 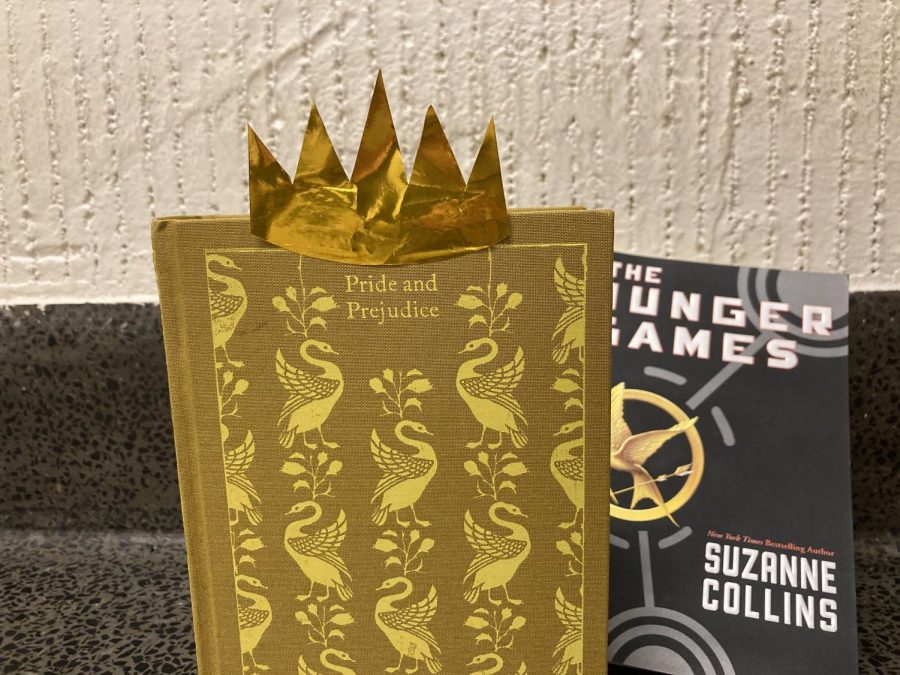 Literature worth reading doesn't begin and end with the classics. Modern literature, especially YA and romance books, are often dismissed as frivolous, but they shouldn't be.

For most of my childhood, my family passed judgment on the literature I chose to read. When my mom saw my New York Public Library tote filled with Nancy Drew novels or “The Mysterious Benedict Society,” she would sigh and promptly let me know I should be reading classics.

“Classics” was such an ominous term, and it stuck with me for ages. To her, my young adult (YA) novels were trash, and reading them was a waste of time. After all, I was in middle school, and at her age she was reading way more important pieces of literature.

I say this not to expose my mom, who only wanted the best for me, or to call her an elitist, but to say that she isn’t the only one. I see this sort of elitism in literature, even at Fordham, and I cannot stand for it.

As an avid reader, I have read many classics, much to my mom’s delight, as well as books of all kinds, and I’m lucky to thoroughly enjoy reading nonfiction more than any other genre. I do, however, find myself drawn occasionally to other genres, and I still catch myself feeling self-conscious about reading certain books.

The thing is, I shouldn’t be. People should be able to read what they enjoy without feeling embarrassed to consume it. We don’t need to read to feel smart; we should be able to read for pleasure without the appended guilt for consuming a “subpar” book.
A Hierarchy of Worthiness
I believe that we have deluded ourselves in agreeing to a hierarchy of taste, where a chick flick is a guilty pleasure and a Wes Anderson film is a work of art.
We live in a world where books that aren’t seen as academic in nature are instantly frowned upon. Why is it that “Pride and Prejudice” is allowed, but when it comes to “Normal People”  readers are more hesitant? Both novels are great, delicate romances, and only time and style of writing divvies up the books. People are so quick to turn up their noses at modern literature while praising books of the past.

The worst part is that “Normal People” is still respected in the book community. Books that are even less academic in style or substance don’t even have a chance of consideration.

It’s the same thing as chastising someone for watching “The Bachelor.” Why is it that people aren’t allowed to watch or read something mindless? What authority does one have to judge what other people consume?

Enjoyment should not be predicated on the need for an inflated sense of self-worth. People can read because they want to read. It doesn’t have to be an academic endeavor. In general, why does one have to justify what they enjoy?

This sort of elitism is found in the books we read, the movies we enjoy and the music we listen to. I believe that we have deluded ourselves in agreeing to a hierarchy of taste, where a chick flick is a guilty pleasure and a Wes Anderson film is a work of art.

Why are they guilty pleasures? Why can’t we enjoy “About Time” or “(500) Days of Summer” without feeling guilty? Why can’t we enjoy “Mean Girls” just as much as “Eighth Grade”? This elitism is embedded in these industries. We see this hierarchy less prevalent in books, but it’s the same hierarchy of worthiness found in film.

For example, film director Martin Scorcese proudly defends his opinion that Marvel films aren’t cinema, saying that the films aren’t “art.” That statement further feeds into this hierarchical system where those who watch indie or international films suddenly feel that they have a right to feel superior to Marvel fans.

Just like some Hollywood films that are made for general audiences can be associated with the most shame, books that are criticized the most are the ones made for the largest group of readers: women.
On the Basis of Gender
It is worth noting that many of the books that are put down have a primarily female demographic. When it comes to movies or TV, chick flicks and reality shows are seen as something to feel guilty about, and books that mostly women and girls read are not spared from this treatment.

YA or romance novels are quickly put onto the list of books that are not worth consumption, when in reality, they may very well present themes and ideas better than in another format.

“The Hunger Games,” often dismissed as a YA dystopian novel, was modeled after the world we live in today. After working in the entertainment industry, author Suzanne Collins wrote about creating glamorous shells and heroes out of abused kids and the glorification of violent media as well as what she called “the moral right to wage war.” She crafted a veiled (and sometimes not-so-veiled) social commentary that had strong themes of anti-authoritarianism and classism.

In any other format, these themes and concepts would have been respected or even lauded, but because the main consumers were young girls, it was brushed off in any sort of academic sense, cast away to the bottom of the hierarchy.

It was promptly put right next to “Twilight” when it should have been placed next to “The Handmaid’s Tale.”
A Final Word
There shouldn’t be any barrier keeping people from enjoying a book when they find one they like.
This isn’t about art or taste; there are undeniable factors that allow us to see the difference when it comes to quality in writing or plotline in a book or screenplay. The point is that we shouldn’t feel guilty or ashamed for reading something that’s mindless or less academic in nature.

Many of us have grown up in schools that may have made us feel less incentivized to read by providing summer reading lists with books we had no interest in. I know people who no longer read books for pleasure and associate the boring books they read in school with the entire experience of reading.

In reality, there are so many different kinds of books, and one could easily find something they would enjoy. It doesn’t have to necessarily be a mass-market publication — we all have our niche. There shouldn’t be any barrier keeping people from enjoying a book when they find one they like.

In a time of so much information and overwhelming stress, we should be allowed to shut our brains off for a second and enjoy whatever book we would like to. It is so refreshing to be able to sit down with a book and immerse yourself in a new world or learn something new after hours of working, and it shouldn’t come with the caveat of guilt.

If you’re guilty of judging others for how they enjoy themselves, reevaluate that choice. Catch yourself when you scoff internally at the sophomore still reading YA in college or the senior reading “Star Wars.” Don’t feed into the narrative that one enjoyment is better than another.

Reading in any form is good for us, and people are allowed to enjoy what they want. College is hard enough without people being judgmental about the books you read.