Why Tinder is a Better Language Learning App Than Duolingo 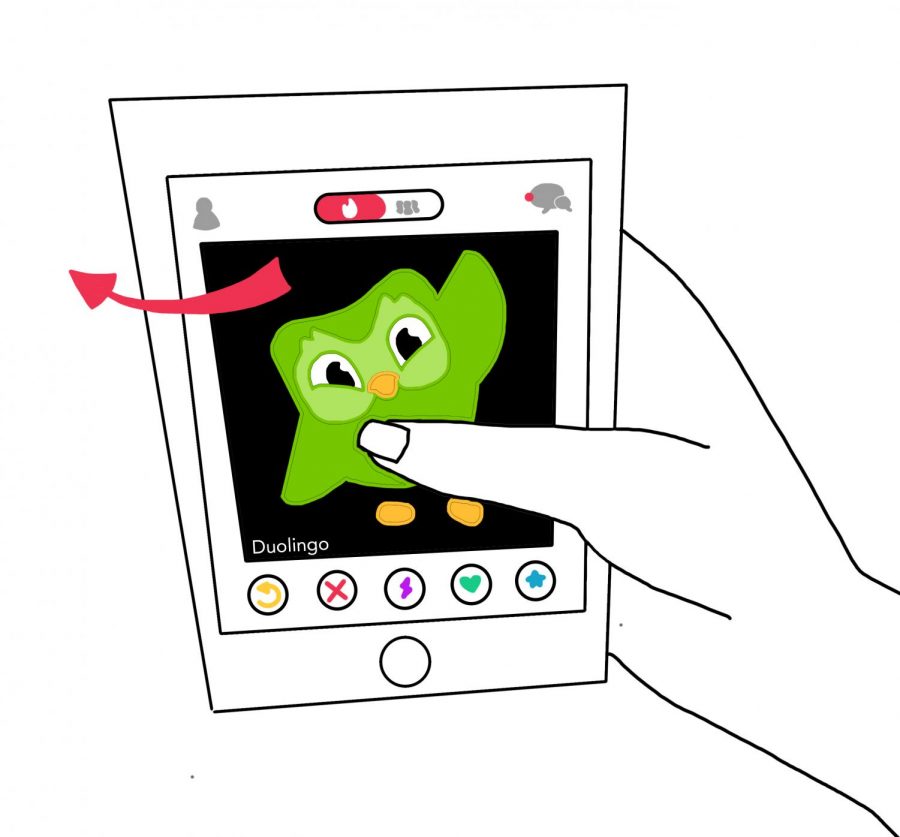 Ah, Paris, the city of lights and occasionally love. Dreamy. Romantic. Often accompanied by luxurious walks along the Seine. Couples sharing pains au chocolat around every corner. Whispering sweet nothings in a language so silky it melts like the very chocolate you just indulged in. A summer of love that could have been.

Might my Parisian fantasy still be made possible with a little creativity and a solid internet connection? I was determined to find out.

There I was, stuck in quarantine, sludging from one day into the next and wondering what would become of my European summer dream in the midst of a pandemic. I thought I should at least practice my French while at home, but language learning apps like Duolingo were a little dry for my taste. Their intense focus on grammatical structures like the plus-que-parfait did not seem like something that would help me in an actual conversation. I longed to speak with native French speakers who were interesting and around my age rather than the semi-threatening owl of Duolingo. I knew there had to be a better and more engaging way to learn French than from the typical language apps.
With a nothing-to-lose and everything-to-gain mentality, I boldly ventured into the unknown and promptly selected Paris as my destination.
Clearly, physically going to France was not an option. Besides the fact that they wouldn’t let Americans into the country, traveling during a pandemic was a major ethical faux pas. I would have to find another way.

I mulled this quandary over, as my escapist mind is keen to do, while scrolling online for things to entertain me. This is when I discovered that Tinder was giving away the passport option for free. This particular option allows the user to pick any place in the world and use that as their display location, thereby allowing you to match with people from all over the world.

First of all, who doesn’t love free stuff? We all know those free samples at the mall taste better than the products we pay for. There’s just something about free stuff that’s good for the soul.

With a nothing-to-lose and everything-to-gain mentality, I boldly ventured into the unknown and promptly selected Paris as my destination. It was my first time abroad (albeit virtually), and I was ready to go.

The other advantage of a trial run like this is that it doesn’t require you to commit. This is particularly excellent when you have a healthy dose of skepticism and commitment issues like myself. What’s that you say? Commitment issues and Tinder? It’s a match made in heaven. I’d swipe right on that for sure (and I think I have on multiple occasions).

So there I was, about to embark on a new cultural and linguistic adventure when the profiles started coming in. I swiped right on Arnault, Louis, Dimitri and many more in the hopes of finding my own Monsieur Français to show me the Parisian way.

Soon I discovered that “la drague,” or flirting in French, required a whole new set of vocabulary that I was unfamiliar with. We certainly didn’t cover this in French 1001. Professors, please consider this a formal request for the development of a new and exciting elective: “How to Win a French Boy’s Heart in 30 Days or Less.”

My lack of expertise in the informal way of spoken French led me to deep dive into the world of verlan, a type of slang used when young French speakers invert the syllables of a word.
I developed more confidence in speaking French during those two months than I had in a year and half in French class.
For example, “ouf” is the verlan version of “fou,” which means crazy (definitely something that needed to be added to my vocabulary sooner rather than later). I also explored different types of French slang and picked up some fun phrases that enabled me to speak in a more natural way.

I ended up making a friend, let’s call him Pierre, and exchanging audio messages with him was the highlight of my day. He introduced me to his favorite classic French songs and encouraged me while I discovered my love of French rap (Damso is phenomenal, enough said).

I developed more confidence in speaking French during those two months than I had in a year and half in French class. The relaxed environment of talking between friends is something that can’t be replicated in an app like Duolingo and, to some extent, even within the classroom itself.

Language learning goes beyond simply memorizing grammatical structures and should be approached in a fun and engaging way. The more fun you have while practicing, the more you’ll end up doing it, which can only aid you in your language development.

With that being said, I urge you to throw off the shackles of Duolingo, escape its passive-aggressive push notifications and instead embark on your own path toward your language learning goals. Say goodbye to boring language apps and bonjour to Tinder as you learn the language of love from the source itself. I think we can all say “oui” to that.