Sarah Wansley Steers a Cast on Zoom for ‘Men on Boats’ 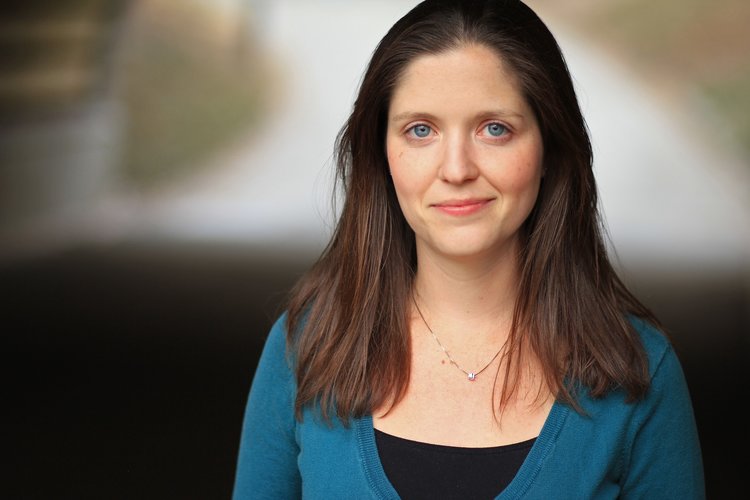 Sarah Wansley, director and Fordham Theatre professor, is one of many artists whose life and work have been disrupted and challenged by the coronavirus pandemic. But in the face of uncertainty, Wansley exercises her collaborative skills to build a digital performance that just might rival theater as we once knew it.

Wansley taught classes in text analysis and theatre history and has served as a directing mentor to many students; she is no stranger to Fordham Theatre. This year, Wansley has been tasked with directing “Men on Boats,” the first mainstage production of the 2020-21 Fordham Theatre season.
For me, the initial impulse to dive into virtual theatre was less about my own artistic needs and more about wanting to support my community and wanting to keep artists employed. Sarah Wansley, director of “Men on Boats”
Wansley describes “Men on Boats” as an adventure story told with a comedic edge that tackles major questions of American legacy, as it pertains in particular to toxic, white masculinity and westward expansion. Wansley said that it is a story that has always needed to be told.

The play was selected to be  the 2020-21 Mainstage season prior to the summer.

“It is very important that ‘Men on Boats’ is not a digital performance,” Wansley said. She described this production as more than filmed theater and emphasized that producing theater in a pandemic is an entirely novel form of entertainment.

The challenges and opportunities of the virtual stage have revolutionized the ways in which actors, designers, stage managers and directors are creating theater. She attributes much of the exciting virtual work of “Men on Boats” to her summer of virtual theater at the Chautauqua Theater Company.

Wansley experienced the pandemic’s effects on the industry early on, as she is the artistic producer at the independent summer theater company in upstate New York.

Though the pandemic closed theaters across the country, Chautauqua was able to maintain its summer season online. The group kept company actors and colleagues employed, put on  virtual theater performances, workshopped new play submissions from emerging playwrights and offered entertainment to the community when it was needed most.

“For me, the initial impulse to dive into virtual theatre was less about my own artistic needs and more about wanting to support my community and wanting to keep artists employed,” Wansley said.

“Really, from the beginning, there was never a thought of taking the show we would have done in the auditorium and putting it online,” Wansley continued. In order to maintain the live aspects of theater, the production will have a three-show run, with all the shows being streamed live.

The virtual production mixes live acting with stop-motion animation to capture the action and excitement of the story within the confines of Zoom; this gives the actors an opportunity to experiment with both pre- and post-pandemic theater styles.

The student designers have “done an incredible job stepping up to work as a team,” Wansley said. She and the production team shipped audio and lighting equipment and costume accessories to actors. They’ve reimagined virtual costume fittings and mid-show costume changes to create the same cohesion of an in-person performance.

The creative team comprises a diverse group of voices, and the cast is made up of entirely female and non-binary actors, all of whom have been central to having honest and constructive conversations throughout the rehearsal process.

“This feels like exactly the kind of work I wanted to engage with, especially with young actors who are in the midst of their training and exploring their identities,” Wansley said.

The questions of diversity and the interrogation of whiteness have been talked about and considered throughout the rehearsal process through candid dialogue and dramaturgical research.

Wansley acknowledged, however, that there will always be more work to be done. Given the speedy timeline, the difficulty of Zoom and “the giant hurdle of putting on this production,” there hasn’t been as much time as Wansley would have liked in rehearsal to talk about the bigger thematic questions this play poses.

The hope is that through the performances and a “virtual lobby” of dramaturgical information, the greater Fordham community will continue to engage in conversation and discuss the play’s impact and inquiries.
The creative team comprises a diverse group of voices, and the cast is made up of entirely female and non-binary actors, all of whom have been central to having honest and constructive conversations throughout the rehearsal process.
Looking at Wansley’s work throughout the pandemic so far, the driving force through it all has been community. On an even bigger scale, this period in our lives begs all theater artists to reimagine and restructure the industry to be a more inclusive, diverse and collaborative space.

“Men on Boats” runs from Oct. 8-10. Tickets are free and available on the Fordham Theatre Eventbrite page.