A Place For Students of Many Cultures To Belong 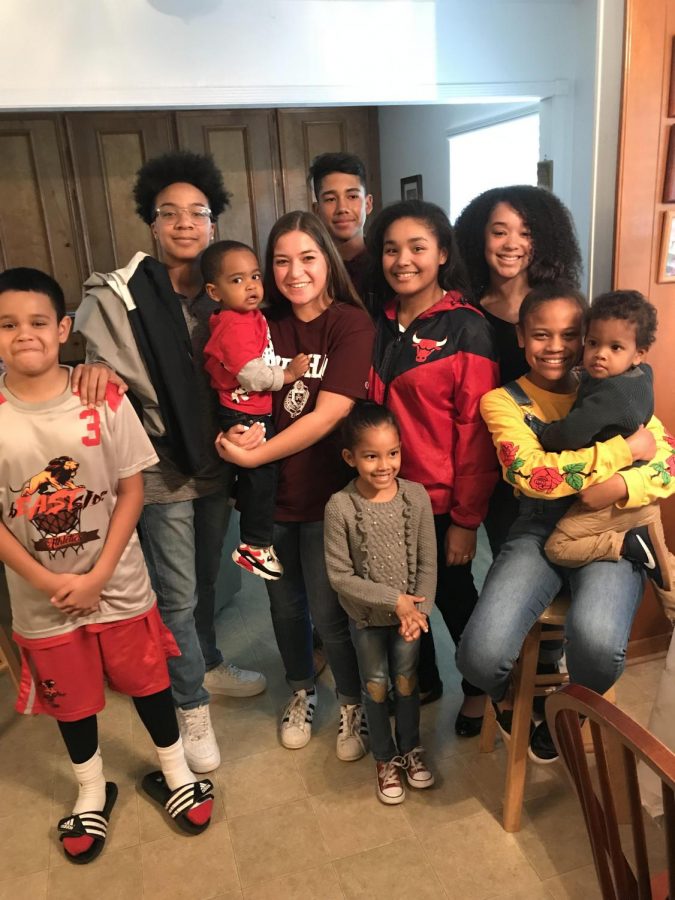 Kat Duffy, FCRH '22, was inspired to start the Cross Culture Students of Fordham club due to her own experience growing up in a Louisiana Creole and Mexican family.

There’s something profoundly comforting about hearing your native language roll off the tongue of someone who has spoken it all their life, or the familiar taste of a dish that is a product of recipes passed down through generations of your family with care. Culture has that grounding effect on us: It is said that if you know where you come from, you know where you’re going.

For many people, myself included, that cultural identity isn’t clear cut. It’s mixed, it’s composite, it’s a conglomeration of traditions, ethnicities, races and feelings existing within individual people. A new club, Cross Culture Students of Fordham (CCSF), aims to start conversations about the experiences of people who are mixed-heritage and a myriad of other cultural identities.

Personally, I’m thrilled about it.

What was instrumental in her founding of this club is her identity: She is half Louisiana Creole and half Mexican. Louisiana Creole is a term for those of mixed European and Black descent. Creole is one of many niche identities. For example, I am mestiza: mixed European and Indigenous Mexican descent. I also have strong cultural ties to my unique community at the U.S.-Mexico border.
This is a community for people who feel like they’re between worlds. Kat Duffy, FCRH ’22
During a phone call, Duffy echoed sentiments I’ve grappled with my entire life about where people like us fit in the larger discussion of race, ethnicity and culture. Being white-passing dictates our place of privilege in society, but growing up in families that are not white has formed our values and traditions.

There are many clubs on campus that provide great spaces for Black and brown students and students of various ethnicities, but I’ve found myself hesitant to join them. I don’t want to take up space meant for others because although I am Latina, I am equally white. I have had conversations with other mixed students who feel similarly.

These clubs are wonderfully run and instrumental in creating inclusivity on campus, but there is still a segment of the student body left out of them. This is why CCSF, and Duffy’s vision for it, is so important.

“This is a community for people who feel like they’re between worlds,” Duffy said.

Though it is not an officially recognized club at Fordham yet, CCSF has already begun to connect with the Fordham community. Duffy has big plans for the organization, including fostering dialog about different cross-cultural experiences through guest speakers, language sharing events, potlucks where students can share their culture’s foods and movie nights.

What I found most innovative about the plans for the club was the involvement of Armando Fuentes, Fordham professor of psychology and a licensed clinical psychologist. Duffy says he plans to guide discussions investigating the intersection between cross-cultural identities and mental health. I believe that an introspective exploration of an individual’s cultural background is extremely valuable to their well-being, regardless of what that background is.
Imagine that there are two or more completely different histories living inside you. Both are worthy of expression, loyalty and recognition. How can you do them all justice? How can you ensure that the cultures within are acted on adequately and not lost in assimilation?
There is simply so much to unpack about being multicultural or multiracial. The feeling that you don’t belong in a clearly defined category is just one of many emotions that are hard to articulate about this experience. There is also guilt that can arise from the trauma of colonization or imperialism running in your very blood.

For example, many Mexican Americans don’t even know their heritage and whether they are Spanish or Indigenous. Many are both, as a result of the Spanish colonizing Mexico. Besides taking a DNA test, the only way to find an answer is to look in the mirror.

The insecurity of not knowing where one belongs can cause hesitancy in speaking about tough topics like this, which continues the cycle of confusion and alienation.

That’s why I believe that creating a space for discussion about mixed cultural identity at Fordham is so beneficial. There are so many students who fit into that category in our university community.

Molly Schwarz, Fordham College at Lincoln Center ’21, describes herself as half-Jewish and half-Burmese.

“I think having a club like this will help a lot of students who have culturally overlapping identities fully embrace every part of themselves,” she said about the CCSF club.

Imagine that there are two or more completely different histories living inside you. Both are worthy of expression, loyalty and recognition. How can you do them all justice? How can you ensure that the cultures within are acted on adequately and not lost in assimilation?

I reflect on questions like these often. My perspective is only one of millions. Due to the diasporas of people across the globe, some forced and others chosen, there are multitudes of combinations of deep histories and cultures that people live out every day. They shouldn’t be forced into a box.

That’s why having conversations like the ones CCSF is sure to initiate are paramount in creating inclusivity on campus. They will hopefully give some students the opportunity not only to find a group in which they belong, but also to realize they have always been a part of the cultures living within them.