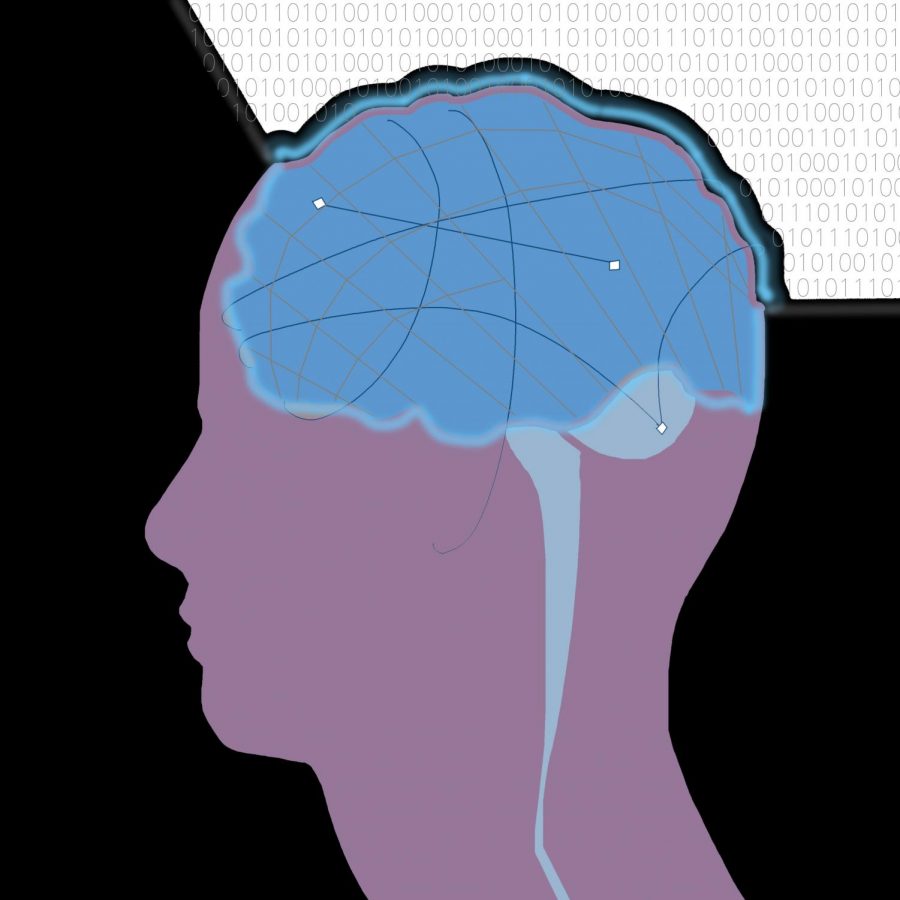 Humans merging with robots, or artificial intelligence symbiosis: What was only thought possible in Hollywood sci-fi blockbusters might become a reality soon. Elon Musk, the epitome of futuristic vision, has entered the medical arena with his brain-computer interface company Neuralink, specializing in artificial intelligence (AI) for the human brain.

Elon Musk’s name is synonymous with “radically disrupting industries.” Where others shrink, he thrives. Genius, maniac and tech-Jesus are all apt descriptions for him.

Recently, Neuralink revealed its long-awaited progress update. The world was stunned. Musk demonstrated his brain AI prototype with a pig called Gertrude, which had the device that records brain signals implanted two months ago.

So, what does the Neuralink device do? Surgical robots implant the coin-sized electrode device into the cortex layers of the human brain, replacing a coin-sized portion of the skull. Only a tiny scar hidden underneath the hair remains. The thousand-plus electrodes measure electrical signals from neurons and transmit the information via Bluetooth Low Energy to an app on the user’s smartphone.

Basically, a brain-computer interface is established between the user’s brain and their phone. The patterns and speed of those electrical signals provide the basis for memory recall, movement and thoughts. The device will eventually be able not only to read those brain signals but also to write them. Overnight, the Neuralink device charges inductively. Musk compares it to a fitness tracker, saying that it’s “like a Fitbit in your skull with tiny wires.”
While the technological world debates to what extent AI should become humanlike as far as becoming conscious and having feelings, Musk is approaching the question from a different angle. Rather than putting the human into AI, he wants to put the AI into humans.
Musk claims that the operation will be as safe as Lasik eye surgery. It occurs without general anesthesia and is performed in under one hour, so the patient is able to leave the hospital the same day. The fully automated surgery allows for a high level of precision, causing no bleeding or noticeable damage to the brain. The device can also  be updated, and the process is reversible.

Eventually, Musk plans on scaling the price down to the $1,000 range, making the technology more accessible to those outside of the 1%.

Although Food and Drug Administration approval has not been granted yet, the agency entered Neuralink into its Breakthrough Device Program in order to monitor feedback throughout the development stages.

The question of Musk’s motivations has arisen . According to Musk, “artificial intelligence is our biggest existential threat.” He is a firm believer that advanced artificial intelligence will one day surpass our biological intelligence. With super- and quantum computers in the making and accelerating  advancements in AI, the race between humans and machines is in full swing.

Consequently, how does a billionaire act upon a fear he encounters? He does something about it. Et voilà, Neuralink was founded in 2016.

While the technological world debates to what extent AI should become humanlike as far as becoming conscious and having feelings, Musk is approaching the question from a different angle. Rather than putting the human into AI, he wants to put the AI into humans. What a breathtaking, exciting and, most of all, explosive vision.

Musk’s seemingly most important aim derives from the pursuit of AI symbiosis to ensure coexistence between the human species and advanced AI. His ambitions can be seen as an analogy to Darwin’s law of survival of the fittest. Musk envisions an “AI extension of yourself, like a tertiary level above the lymphatic system.” That sounds a lot like cyborgs becoming the next step on the evolutionary ladder.

What would this entail for humanity? We could access all the untapped potential of our brains. New sets of skills could simply be downloaded into our mind. Years-long college education would become obsolete. With a simple click, everyone could fluently speak Mandarin. Users telepathically summoning their Teslas could become the norm. Endless possibilities would sweep the e-gaming world. By stimulating the visual cortex through the device, superhuman vision in all sorts of frequencies — such as infrared — would alter both our daily lives and warfare. Even superhero powers could eventually fade into ordinary skill sets by simply downloading our minds into robot surrogates.
Next to the AI symbiosis’s overarching benefits, the current medical goal of Neuralink is to “solve important brain and spine problems.” The aim is to produce a general-purpose device which can decrease human suffering.
Thus, it carries the potential for humans to outgrow our biological limitations. Among others, that would revolutionize space exploration to travel further and deeper into the universe. Drawing parallels between the Neuralink and  a “Black Mirror” episode about replaying memories inevitably sends shivers down one’s spine. Musk charmingly refers to the TV show‘s episode as a good prediction. Neuralink might pave the way for biological mortality mutating into mind immortality.

Yet, this secretive company still harbors many unknowns which can cause alarm and anxiety. There are momentous questions that have to be answered. How would our data’s privacy be protected? Could government agencies access our memories with a modern search warrant? Would an outside entity be able to control our individual minds and, by extension, humanity as a whole? Or will our behavior be vulnerable to hackers’ whims in terms of being manipulated into committing crimes? If we deliberately place AI into our brains, could it eventually exploit and trick our free will? Would the big brother of “Big Brother” carry the name Elon Musk? The descriptions of genius, maniac and tech-Jesus come back into one’s mind. Musk’s impact on our society might encompass all of them. Someday, the Matrix might be our new reality and the place we call home.

This cutting-edge technology undeniably has the opportunity to inspire both admiration and fear in the world. Neuralink is  leapfrogging human evolution’s naturally slow pace. It will bring technological transcendence and provide a hotbed of heated discussions about ethics, religion and the thus far unanswerable questions: Where do we come from and where do we go?

Furthermore, Neuralink has tremendous medical advantages. Next to the AI symbiosis’s overarching benefits, the current medical goal of Neuralink is to “solve important brain and spine problems.” The aim is to produce a general-purpose device which can decrease human suffering. Neurological diseases such as memory loss, addiction, depression, anxiety, seizures, insomnia and strokes are electrical signals sent by neurons to the human brain. All of these could potentially be cured and prevented with the device’s implementation by correcting those signals. Blindness, deafness and paralysis could be healed. Just imagine the quality of life that would improve for millions.

Yet, one has to bear in mind that it was in fact not Musk who invented a brain-computer interface, as research on this subject has been conducted for decades. However, as he often does, Musk is pushing research and development to another level. The implemented electrodes are more flexible and thinner than ordinary ones. Hence, they allow for more brain activity information transmission to the app and less brain tissue damage, two essential elements for brain-computer interfaces.

Neuralink has a long and rocky path ahead; nevertheless, the company’s visions allow for a glimpse into humanity’s future and our species’ evolution as a whole. As it is still rather questionable whether all of Neuralink’s ambitious goals are realistically achievable, humanity has time to address the question concerning whether we even want to live in a future with an electronic mind.

Let’s put it in the words of Elon Musk: “The future is going to be weird.”