How the 2020 Emmys Honored and Failed the BIPOC Community

The 2020 Emmys are a start, but there’s a long way to go for rightful BIPOC recognition 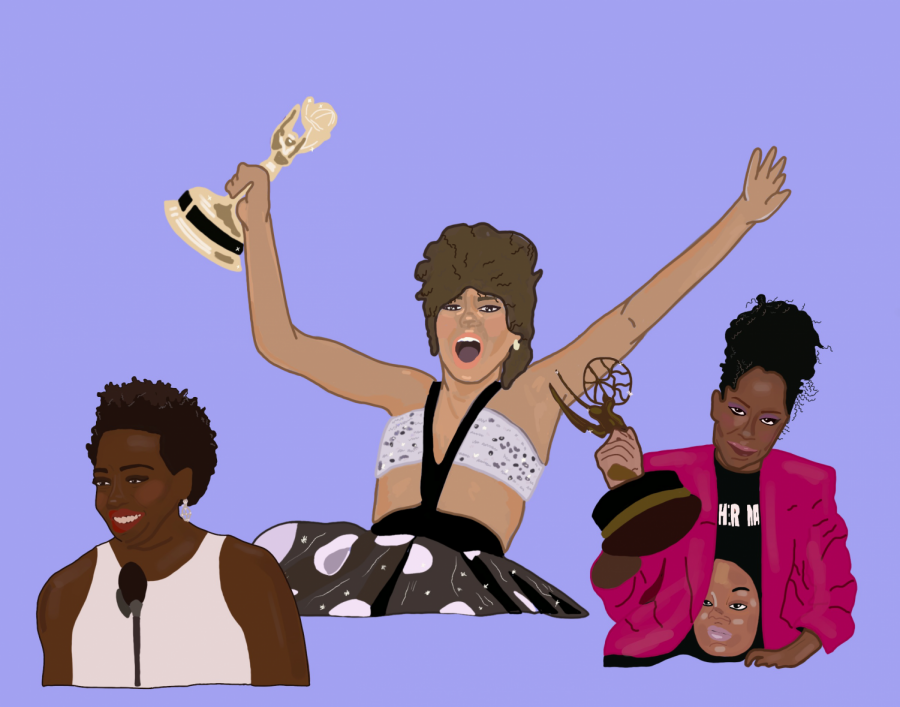 “I think representation and showing your heritage, showing how the path of life you’ve taken depending on your own culture has made you who you are, should be showcased,” Eduardo Hernandez Cantoral, Fordham College at Lincoln Center (FCLC) ’24, said.

Cantoral is a first-year Fordham Theatre student currently studying remotely from home in Mexico City. After finishing a theatre assignment, we began discussing the lack of representation in the entertainment industry. I asked him if it made him angry.

“It does. It does,” Cantoral said. “It’s unfair that people have to work more for the same goal. It should be an open ground.”

With Fordham Theatre’s history of discrimination in the classroom, is there hope for the entertainment industry as we move forward with worldwide initiatives for inclusion, diversity and acceptance? This year’s Emmys surprisingly suggest that maybe Hollywood won’t drown in a sea of its own white-washing.

The 2020 Emmys were unlike any other in the award show’s 72-year history. Due to social distancing measures, the ceremony was unconventional in format. Awards were delivered live to celebrities’ houses, making the event nearly an entirely virtual experience.  Writer and director Ramy Yousef took to Twitter to share his hilarious, socially-distanced Emmy experience. In the now-viral video, an intern dressed in a hazmat suit is seen waving goodbye to Yousef, as the “Ramy” creator didn’t win the prize this year. Interns were sent to every house to preserve the illusion, making this year’s Emmys truly unorthodox.

It’s no secret that award shows like the Emmys, Golden Globes and Academy Awards can be exclusive. Let us not forget the #OscarsSoWhite hashtag invented by April Reign in 2015 going viral again in 2016 after no people of color won in any of the acting categories.

However, partially due to our changing landscape over the conversation of Black equity and inclusion over the past few years, we’re seeing dynamic shifts in award show nominations and the elitist towering gates of the entertainment industry beginning to rust and crumble.
It took 66 years for a Black actress to win the prestigious award. If that’s not a testament to the exclusionary efforts this industry enforces, then I don’t know what is.
In 2015, Viola Davis became the first Black woman to win an Emmy in the lead actress category for her performance in “How to Get Away with Murder.” In her speech, she explained that “the only thing separating women of color from anyone else is opportunity,” and that Black people and other people of color cannot win Emmys for roles that do not exist for them.

Although the actress was talking about the Emmys, every marginalized person watching the awards knew exactly the implications of her statement.

The “line” that Davis is referencing is the divide between Black artists and non-Black artists, between the haves and the have-nots. It’s the great limbo most Black folks and people of color find themselves suspended in for their entire lives, swimming through that thick molasses, screaming in the hushed static of centuries of racist forces.

On Sunday, Sept. 20, mere seconds before the winner of the Best Actress in a Lead Role was announced, Zendaya, looking stunning in her custom Giorgio Armani pearl embroidered dress, tensed up in anticipation. Her team in the back huddled together moments before Emmy host Jimmy Kimmel revealed the name hidden in the envelope.

When Zendaya was bestowed the award for her work in “Euphoria,” her family and team behind her went crazy! It was the same reaction I’ve seen my humongous Black family exude at football games when my cousin’s number is called out after scoring a point.

Once everyone calmed down, a shaky Zendaya gave her speech. After fighting back tears, the “Euphoria” star gave thanks to both HBO and her family and acknowledged the importance of being young and raising your voice during this time. “There is hope in the young people out there. I just wanna say to all my peers out there doing the work in the streets I see you, I admire you, I thank you.”

Zendaya is the youngest ever Lead Actress winner at the Emmy awards and the second Black woman to do so. This fact alone is a step closer to the other side of that line, toward the lush green fields and lovely flowers Harriet described. The landscape is changing.

Zendaya isn’t the only young Black star to win an Emmy recently. “When They See Us” star Jharrel Jerome also took home the prize for Best Actor in a Limited Series or Movie last year, making him the youngest star to win in that category.
As Jerome stood in a triumphant victory pose, dedicating the award to the Exonerated Five, I realized the difference between now and any other time. I realized that we no longer have to fight to cross a line drawn to keep us out. We can create our own pastures, green fields and rose gardens. The landscape is changing and so are its ambassadors.
In the limited series directed by Ava DuVernay, the true stories of the discriminatory treatment of the Exonerated Five, also known as the Central Park Five, by the justice and prison system is put on the screen in gripping truthfulness.

In his acceptance speech, he thanked director DuVernay and his family in the Bronx — as he spoke, his mother pumped her fist in excitement from the audience. But of course the LaGuardia High School alumnus saved the best for last:

“Most importantly, this is for the men that we know as The Exonerated Five. This is for Ramon (Santana), Yusef (Salaam), Antron (McCray), Kevin (Richardson) and King Korey Wise!”

As Jerome spoke those five names, the men rose proudly, their fists rising in Black Power. DuVernay found and wrote the kind of story Davis urged America to bring forth in her 2015 speech.

As Jerome stood in a triumphant victory pose, dedicating the award to the Exonerated Five, I realized the difference between now and any other time. I realized that we no longer have to fight to cross a line drawn to keep us out. We can create our own pastures, green fields and rose gardens. The landscape is changing and so are its ambassadors.

There were 35 different Black actors nominated for awards at the 2020 Emmy Awards. Nominees included heavy hitters like the astounding Regina King, Mahershala Ali, Sterling K. Brown, Angela Bassett and many more. Yes, the landscape is changing.

On Sept. 8, the Oscars instilled diversity requirements that are taking effect in 2025. One of the requirements is that “a film must have either at least two leadership positions or department heads be from underrepresented groups and at least one be from an underrepresented racial or ethnic group.” The colossal, elitist walls of the entertainment industry are beginning to open, and more space is being made for a greater variety of stories.

Toward the end of my conversation with Cantoral, I asked him what the connection was between his desire to act and seeing representation:

“I think acting is a way of expressing or showing a side of you to someone else, to the public,” he responded. Looking out my window in the McKeon dorms, eyeing Lincoln Center, one of the city’s artistic heartbeats that has gone quiet, I can hear the breaths of my classmates ready to revive the world again.

If we’re not let in through America’s already-established spaces, we’ll make new ones and be a part of a movement erasing the inequality of opportunity for everyone, whether this industry is ready for our stories or not.