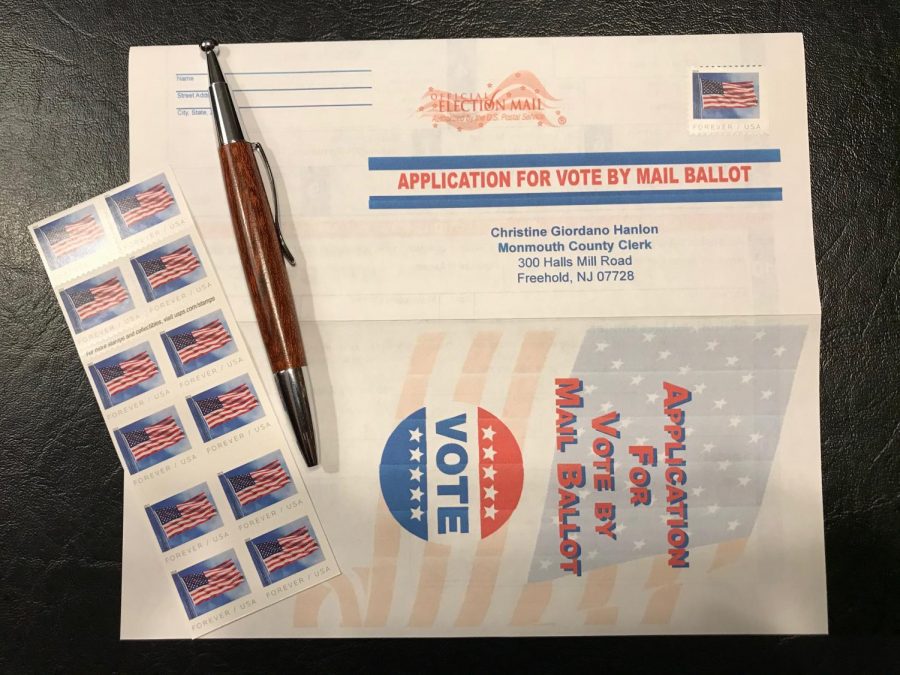 The pandemic has made voting in person more difficult than ever, leading to an increased need for mail-in voting.

As the first hints of autumn begin to appear around the city, the chilly breezes remind us that change is swiftly approaching. Among the soon-to-be fiery colors of Central Park tree leaves and the autumnal decorations overflowing from store shelves, one of the biggest changes occurring this fall is the result of the upcoming presidential election on Election Day, Nov. 3. Many of us, students and citizens alike, are grappling with questions of how to vote in the upcoming election, but, hopefully, this guide can clear up some questions and help you get as excited to vote as you are for the return of pumpkin spice lattes.

Though many states have implemented changes to ensure the safety of voting populations this fall, many still have lingering concerns about officials’ ability to enforce proper social distancing and disinfecting protocols for in-person voting, especially since voter turnout is expected to be high this year.

As an alternative to traditional voting, conducted at polling places or vote centers, many states have expanded citizens’ access to mail-in voting. Mail-in voting, or absentee voting, is a contactless form of voting in which residents of a state submit their candidate picks via a physical ballot (usually over mail) instead of voting in-person on Election Day.
Voting Absentee
Absentee voting, generally, is a two-step process. In step one, residents must first mail or drop off an application for an absentee ballot, complete with their home address, current address, and (usually) reason for requesting, to their local election offices. Applications for absentee ballots are due about three weeks in advance of the election, so make sure you check your state’s website for the specific due date.

If the application is approved, then step two can occur: The office sends applicants the ballot through the mail, and the voters fill it out and return it to the office to be counted. Voters can send in their ballots after they receive them anytime before the election date, and because of slower mail times, earlier — the United States Postal Service recommends at least a week — is better. Voters can also drop off their absentee ballots in-person at their local election office. For New York, absentee ballots must be dropped off in-person by Nov. 3 or postmarked by Nov. 3 and received by Nov. 10. Due to the coronavirus, New York is also accepting absentee ballots that arrive before Nov. 4 without a postmark, or the stamp that contains the date and local office that the piece of mail was dropped off at.

Depending on the state, mail-in voting is not always available to all residents. States like Louisiana and Indiana require that voters have a “valid excuse,” such as being a college student, or having travel plans on Election Day; Wisconsin, on the other hand, does not require an excuse to request an absentee ballot.

However, since the onset of the COVID-19 pandemic, many states have relaxed their absentee ballot requirements. Some, like New York and West Virginia, allow voters to cite “illness” or “fear of becoming infected” as reasons for applying for a mail-in ballot.

Washington and Colorado, among others, already automatically mail ballots to voters every election and forgo the application altogether; Colorado has had a universal mail-in ballot system in place since 2013 and Ohio since 2012. In light of the pandemic, other states like Vermont, California and Wisconsin are mailing absentee ballots to registered voters, regardless of whether they request them or not.

To submit the absentee ballot — and sometimes even the application for the absentee ballot — many states require it to be notarized or signed by one or more witnesses. Due to the pandemic, a few states have decreased the number of witness signatures needed, while others have gotten rid of the requirement altogether. Other states have maintained their witness or notary requirements. In Alabama, which mandates that voters must have two witness signatures or a notary stamp and a valid photo ID, voting-rights groups have sued the state for restricting access to voting.

Like applications, ballots can be submitted either through the mail or dropped off at the local election office. Usually, they must be received on or by Election Day. Some states will accept absentee ballots as many as three days or more after Election Day, as long as the ballots were postmarked by Nov. 3.

In some states, these policies have been contested. In Illinois, the Cook County Republican Party referenced fear of “fraudulent votes being counted, thus diluting lawful votes for candidates of the Republic Party,” as reason for them suing the current Democratic administration. On the other hand, Navajo Nation in Arizona is suing the secretary of state for mandating that ballots must be received by 7 p.m. on Election Day at the latest, citing remote distances and difficulty reaching Navajo residents as reasons for extending the deadline.
Pros and Cons to Mail-in Voting
In addition to fears about fraudulent voting with more relaxed, COVID-19-inspired measures, there are concerns about privacy and potential coercion. Some have pointed out that those living with others, such as family members, may not give the voter proper privacy to fill out the ballot and, at the extreme, may even coerce or explicitly influence the voter’s picks.

Similarly, there are more chances for paper absentee ballots to be discarded due to simple errors. Usually, the voter is not informed if their ballot contains errors, so it is discounted without their knowledge. However, North Carolina has recently required that voters be informed if their ballots are not counted due to errors and given the chance to remedy them.

The postal service, which has been the recipient of much attention lately due to slow delivery times, has been subjected to concerns about its ability to deliver ballots on time, especially after COVID-19-related setbacks in staffing and proposed (but currently postponed) budget cuts by the Postmaster General Louis DeJoy. Both Americans living overseas and in-country voters are anxious about lengthy delays in mailing times and disenfranchisement — in particular, of people of color and younger voters — due to ballot mistakes, fears that aren’t alleviated by learning that over 550,000 absentee ballots were rejected in the 2020 primaries.

The postal service itself warned of possible disenfranchisement due to the expected drastic increase in mail-in ballots this upcoming election and its potential difficulties in handling the higher volume of mail for Election Day. However, the disenfranchisement of rural populations due to lack of access to the postal service is another concern raised recently; the case of the Navajo Nation in Arizona is just one example of an extremely rural population in danger of disenfranchisement. Floating populations and the homeless are other groups potentially excluded from mail-in voting because they don’t have a permanent address at which to receive mail. More generally, there are also fears about ballots being lost or damaged while in route.

Though these may seem like intimidating reasons not to vote by mail, many improvements have been made (and are currently in progress) to alleviate some of these concerns. Many states have revised policies about only accepting mail-in ballots on or by Election Day, instead extending deadlines as many as 20 days post-election (Washington). Other states, like Virginia and Illinois, have tackled worries about ballots getting damaged and rejected by declaring that “ballots with a missing or illegible postmark will also be counted if they arrive by then.”

There are also many advantages to mail-in voting, such as increased convenience; potential for higher voter turnout, with more people preferring the option of voting on their own time; if you are a student or otherwise located outside of your home region, you can still vote without traveling back home; and filling out the ballots at home protects public health.

While it is always important to consider the how-to’s of voting, in these chaotic times, it’s more important than ever to plan out your voting strategy. Though this article covered absentee voting, there is still plenty of information to be learned about in-person voting options. For more specific information on requesting and submitting an absentee ballot, among other voting-related topics, check your state’s website, the National Conference of State Legislatures’ page on absentee voting for the 2020 election or the user-friendly state-by-state guide via FiveThirtyEight. Vote.org is another indispensable source for staying updated on your state’s policies and making sure that you’re ready to vote.