Returning to the Movies for ‘Tenet’

Director Christopher Nolan’s latest blockbuster finally arrives in theaters, whether we’re ready for it or not 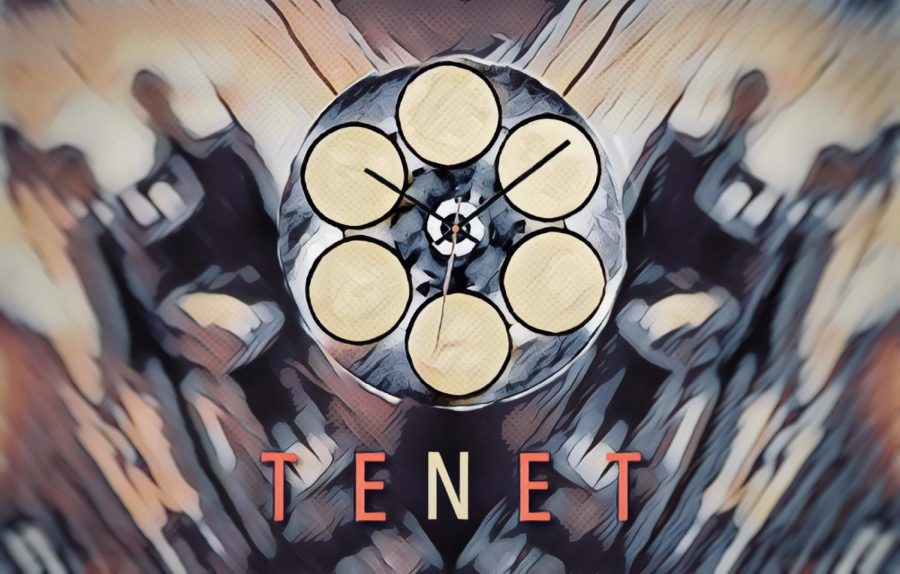 After months of remaining closed to the general public, nationwide theater chains have finally opted to open their doors and embrace the long-awaited revival of the moviegoing experience. And since studios are complementing “the return of cinema” with new releases that can only be seen on the big screen, one might say that we’re now, in a cultural sense, one step closer to achieving normalcy again.

Having said that, not every theater is participating in this “welcome back party,” as cities such as New York and Los Angeles, both of which are home to two of the largest domestic film markets, have yet to lift their restrictions. The theaters that are participating, however, are doing so with several caveats: Individual theater capacity is now limited to 40% or less, masks are required to be worn at all times (unless you’ve purchased food from concessions) and sanitization/disinfectant stations are practically everywhere you turn.

At least, that was my experience at the AMC Danbury 16 in Connecticut, merely an hour-and-a-half drive from my residence in Wyckoff, New Jersey. Sarcasm aside, for a cinephile such as myself, it was a small price to pay for seeing “Tenet,” the highly anticipated blockbuster from “Inception” director Christopher Nolan, on a screen that isn’t directly at my fingertips.
For a contemporary blockbuster that’s been described as “James Bond on acid,” “Tenet” encompasses Nolan’s own inclination to explore an unconventional concept within the framework of a conventional genre, that being the espionage thriller.
Nolan tells the story of “the Protagonist” (John David Washington), a CIA agent who, after passing “the test,” becomes inducted into a supranational organization known as “Tenet.” There, he’s introduced to an assemblage of various objects and weapons that possess inverted entropy, or “time inversion.” Through inversion, dropping an object becomes picking it up without the subject even touching it. Firing a bullet becomes catching a bullet, reversing the bullet-hole as a result. And a vehicle that’s been flipped upside down on a freeway can miraculously roll over and, from our perspective, begin to drive in reverse.

Working alongside intelligence agent Neil (Robert Pattinson), the Protagonist finds himself in pursuit of Andrei Sator (Kenneth Branagh), a sociopathic Russian arms dealer with the intent to use the technology to threaten mankind’s existence. Aided by Sator’s estranged wife Kat (Elizabeth Debicki), the Protagonist must (quite literally) race against time to prevent Sator from going through with his doomsday plan.

For a contemporary blockbuster that’s been described as “James Bond on acid,” “Tenet” encompasses Nolan’s own inclination to explore an unconventional concept within the framework of a conventional genre, that being the espionage thriller. Make no mistake: Inversion is the name of the game, and it’s the reason why “Tenet” stands out among even the most recent spectacle-driven Bond or “Mission Impossible” films.

As time moves both forward and backward, Nolan and editor Jennifer Lame manipulate our temporal awareness through the interrelation between two divergent timelines. At one moment, both the Protagonist and Neil could be infiltrating an art storage facility, only to then be confronted by a masked soldier whose entropy is inverted, and therefore, has an advantage during combat. Within these sequences, we’re left to distinguish normal from inverted, “good” from “evil,” and especially as the film goes on, present from future. Director of photography Hoyte van Hoytema, in his third collaboration with Nolan, further cements the filmmaker’s love for the IMAX camera; most of the film’s inversion sequences are shot with a noticeably wider aspect ratio, consequently expanding the scale of each action set piece.

It’s all really ambitious, to say the least.
Nolan’s cinematic scope and attention to detail is indisputably front and center, but often at the expense of an engaging screenplay.
At the same time, it’s also the kind of ambition that outweighs Nolan’s ability to tell a compelling story with equally compelling characters. Washington is reduced to an almost “blank slate” hero with little to no development or personality, and his occasional attempts at charisma come across as leftover “table scraps” from his performance in Spike Lee’s “BlacKkKlansman.” Empathy with Debicki’s character can primarily be found in her desire to be with her son, whose lack of character agency (and screen time) results in a mother-son relationship that never evolves beyond superficial emotion. Yes, Kat’s motivation is to receive custody of her son (whom Sator won’t let her see), but we never actually witness that relationship, nor do we really know enough about it to invest ourselves in her plight.

Nolan’s cinematic scope and attention to detail is indisputably front and center, but often at the expense of an engaging screenplay. Because the film has such an intricate concept, he relies heavily on exposition to keep us on the same page as the central characters. Of course, that’s even assuming we can hear most of it, as the film’s overpowering sound mixing can render certain lines of dialogue virtually incomprehensible.

Under these unusual circumstances, it’s honestly hard to determine if the wait for the film’s theatrical release was truly worth it in the end. Granted, Nolan has always been persistent in his advocacy for cinema’s immersive power, to the extent that Warner Bros. Pictures, without his involvement, arguably would have released the film to digital platforms rather than holding out for a theatrical release. Pandemic or not, “Tenet” was made with the big screen in mind, and while I obviously can’t speak on behalf of everyone else, most viewers and cinephiles would choose to experience a tentpole film the way it was intended to be seen. Its flaws are evident, but I wouldn’t say that they’re enough to discourage a first viewing.

For me personally, being able to go back to the movies after several months of hiatus was all I could have asked for. The safety regulations being imposed by each theater are meant to ensure the safety of both patrons and employees, and when all was said and done, I was still able to sit back and enjoy myself, knowing that the theater was as “COVID-free” as it could be.