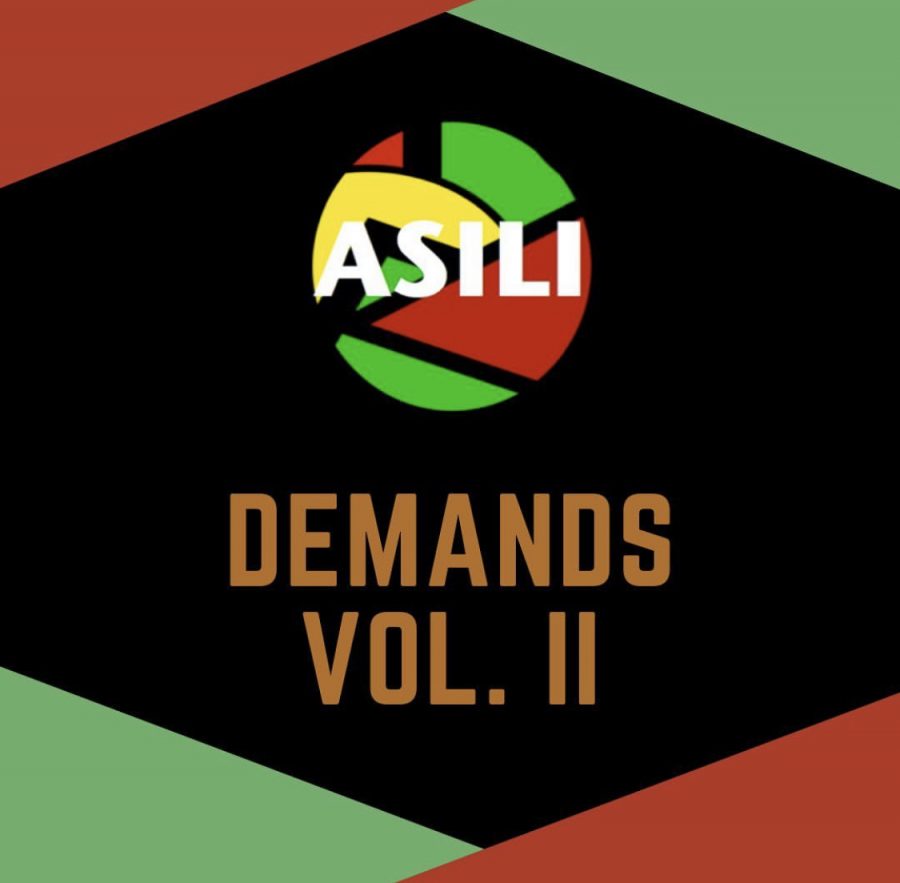 ASILI, the Black Student Alliance at Rose Hill, is calling for anti-racist reforms in Fordham’s Public Safety Department and Office of Residential Life, according to an updated list of demands in an Aug. 31 Instagram post.

On May 27, University of Minnesota (UMN) President Joan Gabel announced that the school would limit its involvement with the MPD in response to the killing of George Floyd by MPD officers. Fordham’s Public Safety webpage touts a “close working relationship with the New York City and Westchester police departments.” Fordham’s Public Safety Department was recognized as one of the top ten campus security departments in the nation in 2017 at the National Campus Safety Summit.

Gerald De La Cruz, Gabelli School of Business at Rose Hill ’22 and ASILI social media director, said that ASILI wants Public Safety to be more transparent about their relationship with the NYPD. When asked whether this demand would make Fordham campuses vulnerable to crime or active shooter incidents, De La Cruz stressed that ASILI is not calling for an abolishment of Public Safety.

“One of the things we’re hoping for, in having conversations with the university, is having Public Safety officers, who are usually ex-NYPD, take deescalation and racial sensitivity training so they can better deal with those types of situations on campus,” De La Cruz said.

This demand was 10th on the first list of 11 demands published on Instagram on June 22. De La Cruz said the demand was prioritized due to concerns that Fordham is working with the NYPD to police off-campus parties in an effort to prevent the spread of COVID-19. Universities across New York City are scrambling to ensure that students comply with social distancing rules on and off-campus.
“Even though we are the Black Student Alliance, and most of what we’re doing is to benefit Black students, it doesn’t mean that we are not going to advocate for other student groups that are primarily students of color.” Gerald De La Cruz, ASILI social media director
“The Fordham University area, which is Belmont, is already heavily policed as it is, and it’s a majority Black and Brown community, so we just think that, given the times that we are in now, overly policing the Bronx because Fordham students want to party just seems unnecessary,” De La Cruz said.

ASILI added four new demands regarding Resident Assistants (RAs). ASILI is demanding that all RAs participate in mandatory anti-racist bias training and attend a mandatory seminar on the Bronx and its history. De La Cruz, who is from the Bronx, emphasized the need for a course about the Bronx: “your RA is your first mentor at Fordham if you’re dorming, so we thought it’s very important for them to know Bronx history, that way they can represent the Bronx well.”

They also demanded the recruitment of “more Black and Brown Resident Assistants (RAs) and Resident Directors (RDs), especially students from the Bronx,” and for RAs to be restricted from serving in halls in which they have resided.

De La Cruz said that these demands were inspired by a need for diversity among RAs in light of racist and insensitive incidents reported on the @blackatfordham Instagram page, many of which occurred in on-campus residences.

ASILI is also calling for Chief Diversity Officer Rafael Zapata to be promoted to Senior Vice President from his current level as an Associate Vice President. “If Fordham really wants to say that they care about their students of color, then why shouldn’t Mr. Zapata, whose job is to work on initiatives to improve diversity, equity, and inclusion on campus, be in that position?” De La Cruz said.

Another new demand from ASILI calls for Fordham to “recognize Advocates for a Palestinian Perspective as a club on campus and apologize for the racist terrorization of Students for Justice for Palestine (SJP) at LC.” SJP has been engaged in a long legal battle with Fordham after Dean of Students Keith Eldredge vetoed SJP’s club status.
“These restrictions on student demonstrations take away from the college experience.” Gerald De La Cruz
“Even though we are the Black Student Alliance, and most of what we’re doing is to benefit Black students, it doesn’t mean that we are not going to advocate for other student groups that are primarily students of color,” De La Cruz said. Black and Palestinian activist groups have formed partnerships inside the U.S. and abroad.

ASILI is also calling for Fordham to reform its policies on demonstrations on campus. Fordham currently requires demonstrations to occur within two days of meeting with the Dean of Students. ASILI wants demonstrations to be allowed as long as they don’t interfere with access to buildings and school activities.

“We felt as a club that a college campus is meant to be the perfect place to have civil discourse,” De La Cruz said. “These restrictions on student demonstrations take away from the college experience.”

ASILI’s new demands came in the same week as the Trump administration moved to end all training on critical race theory and white privilege within federal agencies, describing them as “divisive, anti-American propaganda” in a Sept. 4 memo from Office of Management and Budget Director Russell Vought.

When asked how ASILI can reach out to people who don’t believe in white privilege or critical race theory, De La Cruz pointed to racial diversity in the United States as a justification for continued conversations about race. “It doesn’t cost anyone anything to talk about these things. We need to talk more, not less, and I feel like this ban by the Trump administration is something that hinders much needed conversations in this country.”

ASILI recognized Fordham’s administration for completing three of the original 11 demands, according to a June 29 Instagram post. “One of the things that we were really surprised about was the multicultural center; we thought that that was going to be a long shot,” De La Cruz said. “It did feel really good to be heard by the university and that’s why we’re continuing to do what we’re doing.”

When asked if another wave of emails would be effective, De La Cruz emphasized the importance of alumni involvement. He highlighted the Fordham Anti-Racist Alumni Collective as a group who is leveraging their alumni status to push ASILI’s demands forward. “The most powerful members of the Fordham community are the alumni; they’re in the university’s ear.”