Ram Jams: Lucky Us, Big Sean Is Back With ‘Detroit 2’ 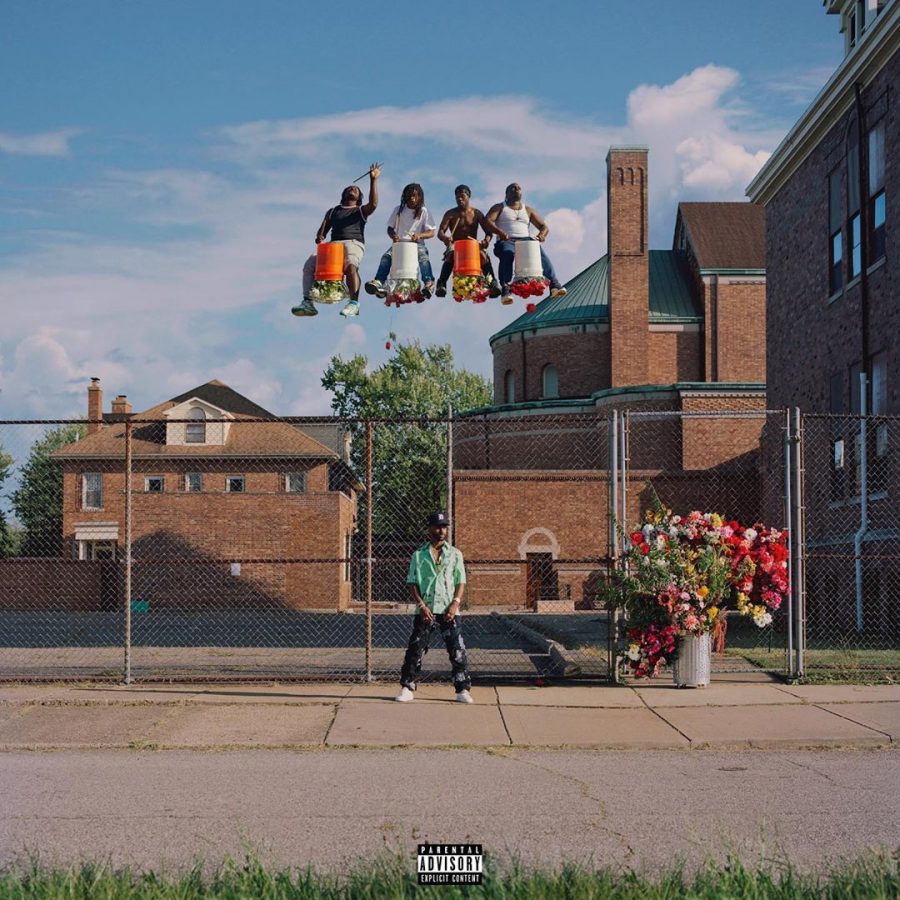 VIA GETTING OUT OUR DREAMS INC.

Big Sean has finally returned with his fifth studio album, “Detroit 2.” On “Detroit 2,” Big Sean makes one thing clear: his hustle isn’t going away anytime soon, and neither is the chip on his shoulder.

The project comes eight years after the Motor City MC’s original “Detroit” mixtape, and three years after his last album, “Double or Nothing,” a collaboration with producer Metro Boomin. “Detroit 2” boasts classic Big Sean verses packed full of witty one-liners about his success and struggle with the limelight over a variety of production styles. Of the 18 songs on the album, 12 contain at least one feature with a list of names that ranges from Eminem and Travis Scott to Boldy James and the late Nipsey Hussle.

The album opens with “Why Would I Stop?” a quick and catchy song where Big Sean flaunts his success and hustle to all of his doubters. Just as the song title suggests, Big Sean questions those telling him to slow down in the industry and sees himself as “unstoppable.”
Lyrically, he simultaneously opens himself up and rises himself above personal challenges and the competition.
The second song on the album is “Lucky Me,” a textbook Big Sean song. He displays his bold writing style and flawless flow changes, and the track even has a beat switch. The first part of the song describes the struggles he’s faced in life from public humiliation by the media to overcoming heart disease through holistic medicine.

Some of the album’s best Big Sean lines appear on this song. After taking jabs at Western doctors, he proceeds to claim he’ll “live forever like Walt Disney, the frozen one.” The second part of the song begins as the beat slowly picks up pace and eventually changes entirely. Sean’s flow also increases and he begins to display his incredible rapping ability. His speedy rapping flows off his tongue effortlessly as he asserts that the haters cannot and will not get him down.

After a short run of three feature-filled songs, the album arrives at its first of three skits. This one is a story told by Dave Chappelle about a time where he was boo’d off stage in Detroit and was consoled unknowingly by Big Sean’s father.

Erykah Badu delivers the second skit, where she performs a poem and interpolates Sean’s hit song “I don’t f— with you.” In the poem, she praises Detroit’s musical ingenuity and singles out the late J’Dilla’s genius.

Stevie Wonder gives the final story skit, talking about growing up in Detroit, overcoming his disability and finding success in the music industry. Each skit feels like an honest and heartwarming confession of love for Detroit and life, a miniature model of the album.
“Detroit 2” boasts classic Big Sean verses packed full of witty one-liners about his success and struggle with the limelight over a variety of production styles.
“Guard Your Heart” fits into the album smoothly and has my favorite beat on the album. A chopped-up soulful piano is contradicted by hard hitting drums, andI can’t help but nod my head to it. Anderson .Paak delivers the soft and warm chorus that matches the beat perfectly.

However, don’t let the relaxing tone of the song confuse you. Earlly Mac and Wale utilize their verses to speak about racial injustice in the United States and the importance of protecting your heart through the unrest. Big Sean’s verses recount his steadiness through trivial and confusing times. He mentions being managed by Jay-Z while signed to Kanye West’s label and being friends with both Pusha T and Drake. Despite the song’s pressing subject matter, its tone frames the song not through pain, but perseverance.

Jame’s verse begins off of a beat switch, and, while brief, perfectly displays his literate writing style. He recounts his experiences selling drugs and how his life in Detroit has changed since he’s found success as a musician.
Earlly Mac and Wale utilize their verses to speak about racial injustice in the United States and the importance of protecting your heart through the unrest. Big Sean’s verses recount his steadiness through trivial and confusing times.
Other standout features come from Kash Doll, who brings a whimsical tone to her raps, and Eminem, whose verse gets a two-minute spotlight to end the track. Big Sean’s verses are spread over two consecutive beats, each one challenging the rapper to try new flows and rhyme schemes. Coming in at over nine minutes, “Friday Night Cypher” is an excellent display of the variety of rappers that Detroit produces.

Beyond its best tracks, “Detroit 2” has many deep cuts worth a listen as well. “Body Language” is a sensual R&B track with features from Ty Dolla $ign and Jhené Aiko, Big Sean’s current partner. “Lithuania” comes more from the “featuring Travis Scott discography” than it does Big Sean, but both still deliver verses and a catchy chorus that make the trap song unique. On “Full Circle,” Sean and featured artists Key Wane and Diddy look at their pasts and how they come full circle and manifest in the present day.

While the album is strong with its boastful content and hard-hitting beats, there are still times where Big Sean fails to make a song memorable. On “Respect It,” over a generic beat, Sean and Young Thug fail to make any unique moments besides a one-liner where Big Sean says “Laser focused, AOL, been had AIM.” On “The Baddest,” Big Sean once again falls short, this time in making his arrogant lyrics match the menacing tone of the beat.

“Detroit 2” is a look into Big Sean’s world. Production- and features-wise, Big Sean uses his collaborators to display his wide range he has within the industry. Lyrically, he simultaneously opens himself up and rises himself above personal challenges and the competition. I for one am glad that Big Sean doesn’t see himself stopping anytime soon and cannot wait to see what he does next.

The Bottom Line: Big Sean doesn’t hit 100% of the time, but nobody expects him to. Going 15/18 is impressive, and the album is well worth the listen.

The Peaks: “Lucky Me” “Hold Your Heart” “Body Language”

The Valleys: “Respect It” “The Baddest” “ZTFO”