Fordham students, faculty and staff join universities across the nation in lectures and discussions on race and police brutality in America 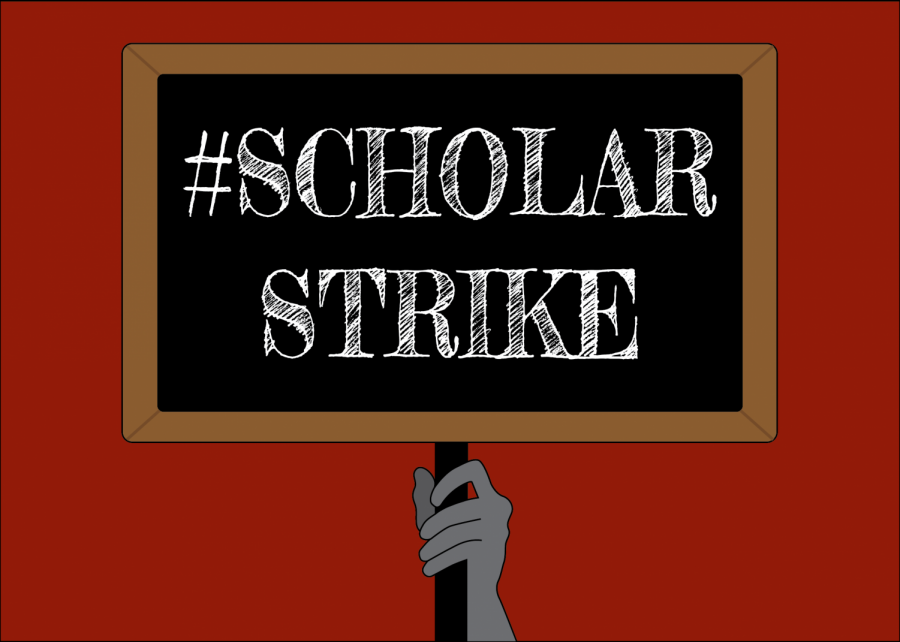 An estimated 400 members of the Fordham community will have joined the online protest over the course of two days. Lectures and discussions on racial inequality, policing, and mass incarceration are being hosted on Zoom by Fordham faculty.

A casual tweet sent two weeks ago by Anthea Butler, associate professor of Religious Studies and Africana Studies at the University of Pennsylvania, has sparked a nationwide protest for racial justice. Later dubbed the #ScholarStrike, Fordham faculty have joined the movement by organizing online events on Tuesday, Sept. 8 and Wednesday, Sept. 9.

While college students, including many at Fordham, have been speaking up about racism in education, that is not the primary focus of #ScholarStrike. In a CNN op-ed Butler co-wrote, the authors said: “While we do not have a set of demands, our first and foremost goal is to call for a halt to the escalation of police violence and shootings of African Americans, and a call for racial justice and equity.”

The event will be a mix of teach-ins and discussions on race, racism, policing and mass incarceration in America. On Tuesday, there were 165 participants between the two events, with only a small amount of estimated overlap. Jeannine Hill Fletcher, professor of theology, hopes that across the two days, there will be at least 400 members of the Fordham community who have participated.

Tuesday’s events included a talk on “Perspectives on Religion and Racism” and “The University in the Work of Racial Justice.” Wednesday’s events include the topics “Justice Systems and Anti-Black Racism,” “The Role of Scholars in the Work of Racial Justice” and “Re-imagining Schooling in the Wake of COVID-19: How Can We Make our Online Schools Anti-racist?”

I would be down as a professor to follow the NBA and Strike for a few days to protest police violence in America.

Beyond the events organized at Fordham, there will also be 10-minute video lessons posted on the Scholar Strike YouTube channel.

Hill Fletcher has been a leading coordinator for Fordham’s participation in #ScholarStrike. Over the past week, she has sent emails to members of the Fordham community with information about the events being held by Fordham faculty and staff.

Hill Fletcher explained that she decided to work on organizing the strike at Fordham because it directly corresponds with Fordham’s mission statement. She said, “All of the ways that the systems of violence impact people of color in our nation is at the heart of what Fordham says it’s doing in the research that alleviates suffering.”

She further noted that the word strike was somewhat “ironic,” as “we think that’s the work we’re doing really quite regularly, if not all the time.” This point was separately echoed by Sarah Lockhart, associate professor of political science, who said that she “view(s) strikes as a useful collective action tool for people that don’t have other sources of power. But tenured faculty DO have a significant degree of power and voice, on campus and in the public arena.” She further explained that “this strike seems only to serve to put more pressure on adjunct faculty, whose decision to participate or not is much more fraught.”
“All of the ways that the systems of violence impact people of color in our nation is at the heart of what Fordham says it’s doing in the research that alleviates suffering.” Jeannine Hill Fletcher, professor of theology
As an alternative to canceling classes, Hill Fletcher also said she suggested that professors could instead integrate the material into their class discussions. Kathryn Kueny, professor of theology, chose to make her Classic Islamic Texts class attendance-optional on Wednesday and asked her students to read two articles relating Islamic studies to Jacob Blake and George Floyd.

Lockhart also chose not to cancel classes for the event, though she does support her students who participated, and instead explained that many of the classes she teaches “are really centered around issues of institutional and structural racism, not just for the two days of the strike, but the entire semester.”

Not every student is aware of #ScholarStrike. Zack Clark, Fordham College at Lincoln Center  ’21, said, “I think this would have been a nice supplement that a lot of the liberal arts departments should have acknowledged. They could have provided and given resources about it even if professors didn’t want to cancel class.”

Hill Fletcher attributed this lack of promotion largely to the inability of professors to distribute information to the entire university. She and other organizers were instead reliant on emailing community members in their networks and posting on social media with the hope that it would spread fast enough to reach a large audience in time for the event. Only members of the administration have the ability to send emails to the whole community.

The president and the provost of Saint Louis University, a Jesuit institution in Missouri, posted a public message offering their support for faculty who choose to participate in the strike.
“It would have been nice to see Fordham’s administration communicate with faculty and students to bring awareness.” Kasey Gelsomino, GSB-LC ’21
In a statement to The Observer, Bob Howe, assistant vice president for communications and special adviser to the president, said, “The University fully supports the goals of the Scholar Strike, and believes it will be a valuable and educational experience for everyone involved.”

Fordham University did not send out a community-wide email recognizing the strike or sharing information about how to access it.

As protests against racial injustices continue nationwide, Fordham students have been vocal in their expectations that the university does more to address issues on campus and in the Bronx community. In June, the Rev. Joseph M. McShane, S.J., sent out an email to the university community including an action plan on “addressing racism and educating for justice.” However, many students at the time found it to be lacking in “concrete actions.” As of June 2020, only three of the 11 demands made by ASILI, Rose Hill’s Black Student Alliance, had been met by the university.

Some students expressed disappointment that the administration did not aid professors in the promotion of the #ScholarStrike. Kasey Gelsomino, Gabelli School of Business at Lincoln Center ’21, was unaware of the event prior to being contacted by The Observer. She said, “It would have been nice to see Fordham’s administration communicate with faculty and students to bring awareness.”

The Fordham professors who support #ScholarStrike, whether by canceling class or including the topic in their teaching, are looking forward to further change at the university.

Kueny would like to see Fordham become more involved in the communities surrounding both campuses, and Lockhart hopes that the event will be a catalyst for change within academia.

“I see this moment as our next chapter at Fordham in anti-racism organizing,” Hill Fletcher said.