Gold Is the New Pink

Why September Is so important for childhood cancer awareness 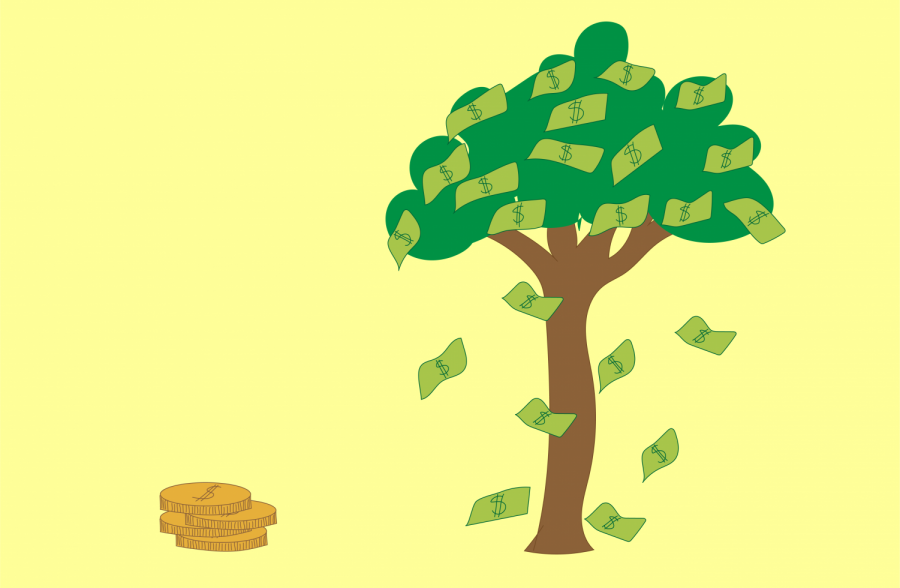 Despite the fact that childhood cancers and adult cancers require different treatments and cures, adult cancers receive most of the cancer research funding in the United States.

It’s September, and you know what that means, right?

If you have no idea what I’m implying, you are not alone. Unlike the popular pink ribbons and corporate displays touted throughout the month of October, the gold ribbons for childhood cancer awareness month are still working their way up the totem pole to garner attention in September.

Under normal circumstances, I would have been oblivious to the issue that is childhood cancer. However, I didn’t really have a choice.

When I was 12 years old, my doctors at the Children’s Hospital of Wisconsin diagnosed me with acute lymphoblastic leukemia, a type of blood cancer.

My treatment plan consisted of two and a half years of chemotherapy. Doctors pumped me with 15 different chemotherapy drugs and prescribed me 31 different medications. I went to the emergency room 16 times for various reasons: three kidney stones, two different blood clots, a skin infection in my cheek and a case of appendicitis. I spent 50 nights in 14 different hospital rooms, not counting the night I spent in the ICU after the anaphylactic reaction I had to a chemo drug.

I had a peripherally inserted central catheter in each of my arms so the doctors didn’t have to poke me for an IV every time I came in, but once those got infected, I had a port surgically placed underneath my skin on top of my sternum instead. I had nine red blood cell transfusions, three platelet transfusions and 112 blood draws. I had four ultrasounds, nine X-rays, two CT scans and three EKGs. My doctors poked me in the back 25 times to inject chemo into my spinal cord (leukemia cells like to hide there), and they also drilled into my hip twice to draw out bone marrow for biopsies. I would never wish my experience on anyone, which is why I feel so passionate about funding for a cure and supporting patients after they finish treatment.

Since 1980, the medical community has developed four new drugs for childhood cancer treatment. There is almost no funding for kids’ drug development because it is not as profitable as the field for adult drugs.

The answer comes down to some numbers that don’t add up. Right now, the NCI rationalizes their allocation of funds based on the fact that adults are diagnosed with cancer in larger numbers than children. At first glance, this seems like some logical reasoning, but it fails to look at the bigger picture.

Yes, more adults get cancer than kids. Adults are also exposed their entire lives to lifestyle decisions that impact their likelihood of diagnosis, such as drinking alcohol or smoking cigarettes. Only a small portion of childhood cancers have known or preventable causes.

That is a significant difference, but because we solely focus on the number of diagnoses rather than the sum of years saved, child survivors are often left by the wayside after their treatment is finished.

Childhood cancer does not end on the last day of surgery, radiation or chemotherapy. Survivors like me are left with long-term psychological and emotional effects for those estimated 71 years. By the age of 45, more than 95% of survivors will have some sort of chronic health problem; 80% will have severe or life-threatening conditions due to their cancer or their treatment.

I’m one of the lucky ones. I came out of treatment with more anxiety than I had before, and I’ve been seeing a therapist for three years for problems like survivor’s guilt and relapse anxiety. My brain gets a little foggy when I have to take long tests or write essays on the spot. Due to the chemo drugs that were pumped through me, I may have fertility problems down the line. My bones are more brittle than the average person, and I have to get my heart scanned every five years to make sure nothing fishy is going on there.

And again, I’m one of the lucky ones. I didn’t have to have an extremity amputated, I have no severe loss of brain function, and my parents didn’t divorce or go bankrupt because of the stress this put on my family.

My point here is not to get you to throw a pity party for all the cancer kids, though what we go through does suck. Support comprehensive health care (childhood cancer is deemed a preexisting condition), vote for legislators who want to fund long-term research for survivors, write to your senators or representatives about why cancer kids are worth more than 4% of money allocated to cancer research or donate to foundations that are subsidizing research because the government doesn’t do enough. The first step in any type of action is awareness. Read stories of childhood cancer survivors and what they go through during and post-treatment.

Sport a ribbon, wear gold and tell people why you’re doing so.