Fordham Is in the Wrong on Austin Tong 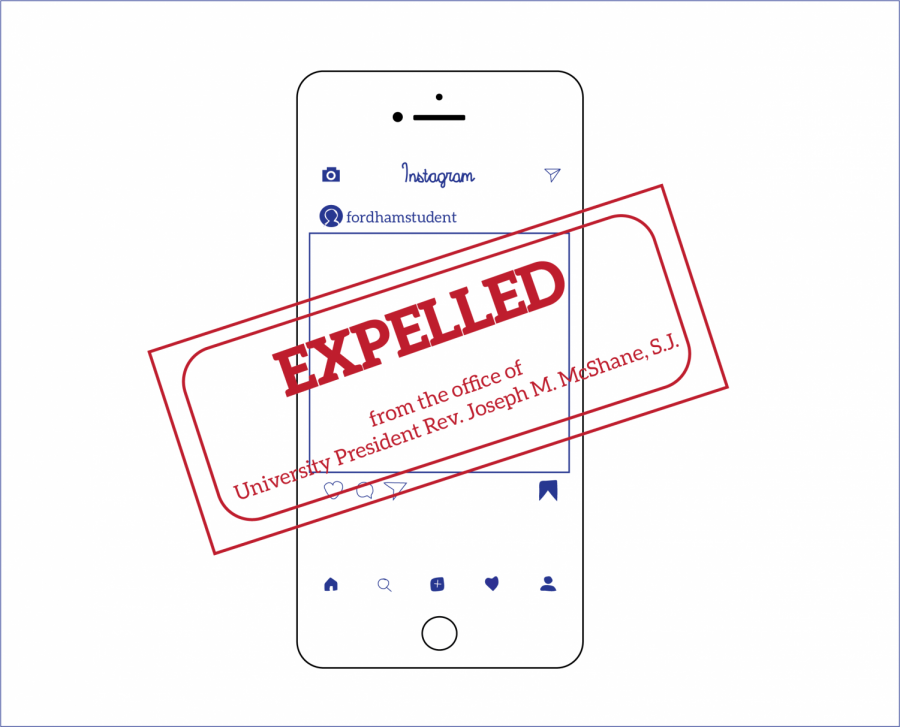 To be honest, I do not hold Austin Tong, Gabelli School of Business at Lincoln Center ’21, in very high regard. In fact, I would say that he is long overdue to face the music. In his time at Fordham, he has actively sabotaged the operations of the United Student Government, continually expressed discriminatory views and generally been an unpleasant person to know. I would even go so far as to say that I believe Fordham was right to investigate when yet another controversial Instagram post of Tong’s sparked unrest and fear among students. Unfortunately, however, the way they chose to handle the situation was completely incompetent.

Yes, in the context of the moment, it is eminently understandable how the politically active students of Lincoln Center would interpret a picture of Tong holding a rifle as dangerous. He has been outspoken about his opposition to the Black Lives Matter movement at a time when such opposition is often accompanied by threats of violence against protesters. It is therefore reasonable that Fordham would feel the need to reach out to Tong and address the issue. It’s at that point, however, that the justification for Fordham’s actions begins to break down.
There’s a difference between actively threatening speech and just being an insensitive tool, and unfortunately, the latter isn’t against the code of conduct.

Tong’s defense against the university’s censure is that he was simply celebrating his Second Amendment rights in light of the anniversary of the Tiananmen Square Massacre, and his case is admittedly very solid. His words and actions have been consistent with this narrative, even prior to the controversy — in fact, he clarified the meaning of the post even before the university stepped in. As a result, I expect that Fordham will have a very difficult time proving that his post met even its criteria for censure and will likely lose face by trying. There’s a difference between actively threatening speech and just being an insensitive tool, and unfortunately, the latter isn’t against the code of conduct.

What made Fordham decide to pursue punitive measures even after meeting with Tong, with the full knowledge of his nearly airtight rationale? After facing heavy criticism for its lax attitude toward discriminatory speech, was the university anxious to take the pressure off by making an example out of Tong? What could explain such a seemingly hasty and misguided decision — especially one that harmed the University’s reputation at a national level?

Of course, it’s possible that Fordham is simply too stubborn to back down, convinced that defending a losing position is better than admitting defeat to a mere student. Better to die on a hill than surrender, I suppose, even if it’s a really, really stupid hill. After all, Fordham has continued to appeal the court’s decision on the Students for Justice in Palestine club after losing that battle.

As amusing as such a flub would be, however, there could very well be negative consequences for that failure — beyond just Fordham’s lost face. A defeat at the courthouse for Fordham could set a precedent of nonintervention, allowing the university to claim that its hands are now tied. It would give Fordham an excuse to avoid the hassle of dealing with hate speech, shrugging off all but the most egregious violations with a “Well, we already tried.” Such a lax attitude may be hard to imagine, given the university’s relentless campaign against SJP, but a professor or student’s discriminatory comments are a lot easier to dismiss or ignore than a deliberately disruptive, critical and possibly university-funded club that draws outcry from donors and other institutions.

All in all, it’s sad to see that Fordham has once again dropped the ball. Not one of the nearly 10 recorded incidents involving racist and/or anti-Semitic imagery on campus since 2015 has resulted in similar consequences for a student. Even when leaked data from a neo-Nazi forum revealed the presence of a virulent, self-admitted white supremacist at Fordham, no student ever faced punishment. It took nationwide protests and social unrest to pressure Fordham administrators into actually prosecuting discriminatory speech on campus, and the first thing they did was pick a fight they can’t win. It’s a completely unforced error; they might as well have stepped on a rake. Austin Tong deserves to be held accountable for many of his words and actions — but, for God’s sake, not these.