As students arrive on campus, they may bring more than just their belongings 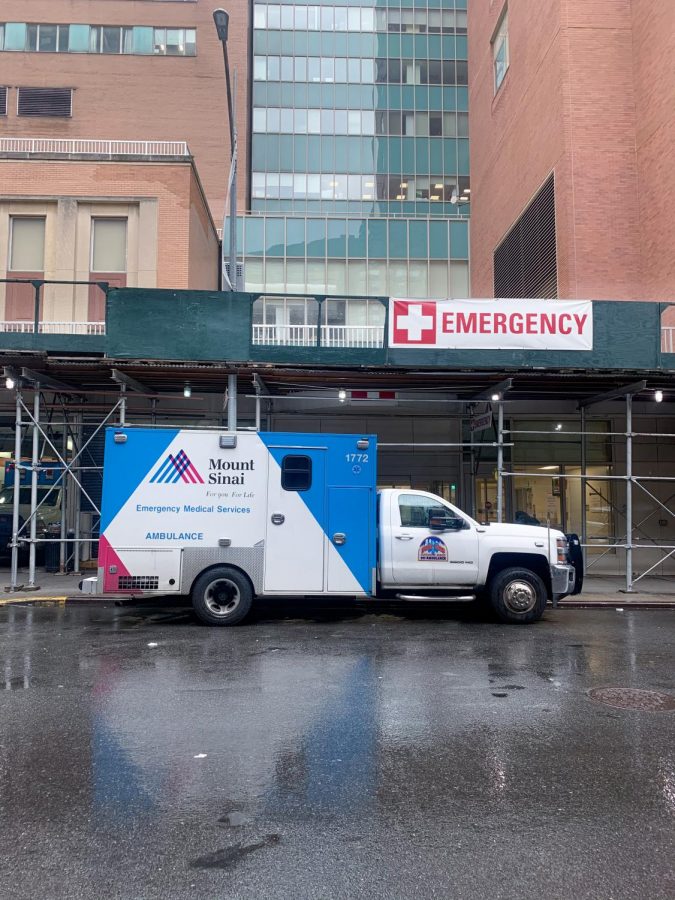 During the first wave of the pandemic, Mount Sinai West, the hospital closest to Fordham Lincoln Center, had its staff wearing garbage bags due to a lack of PPE.

In March, among university students being sent home and schools closing, almost 40% of the residents in Lincoln Center’s neighborhood fled the city. As families packed up their belongings and moved to summer homes in Connecticut and New Jersey, those who lived in housing projects such as the Amsterdam Houses — which borders the campus — had to stay as New York became the epicenter of an unprecedented pandemic.

In 2018, there were 1,235,977 total students attending higher education in New York state. At Fordham alone, there are 4,793 students who currently reside in on-campus housing who are now expected to return. This poses a threat not just to students, where school requires more social interaction than staying at home, but to those in the surrounding community who cannot afford to leave.

In the months that in-person classes were not in session, when dorms were vacant and once-bustling streets were eerily empty, 645 people got infected in the 10023 ZIP code, and 54 died. The hospital closest to campus, Mount Sinai West, faced overflowing beds and a lack of proper personal protective equipment — forcing them to wear garbage bags over their scrubs. The hospital workers did receive proper personal protective equipment only after repeated protests were held and a nurse died of the virus.

One of the nurses said of working on the floor without personal protective equipment, “We know how poorly prepared we are … We know this is a suicide mission.”

Hospitals are also facing financial setbacks from the influx of patients, many of them not privately insured. A privately insured patient is much more attractive, as they earn the hospital two dollars back for every one dollar they spend on emergency care. For a low-income patient, the hospital loses 13 cents per dollar if the patient has Medicare. If not, the hospital pays the entire bill. In both cases, they lose money.

Mount Sinai West is located in a wealthy ZIP code, meaning that more often than not it makes money on its patients. But it also is the closest hospital for the Amsterdam Houses, a housing project between West 61st and 64th Streets, where the community is mostly Black and low-income.

New York City Housing Authority (NYCHA) complexes reported COVID-19 (coronavirus) death rates that were twice that of the average. The Amsterdam Houses saw zero deaths but reported cases in the double digits. Harborview Terrace, a housing project on West 57th Street where more than half of the residents are elderly, also saw cases in double digits.

A study from the City Comptroller found that “75% of front-line workers in the city are minorities” contributes to the relatively high death toll for Black and Latino people compared to their white counterparts.
“About 20 percent of new positive cases in New York City have been connected to out-of-state travel, city officials said.” The New York Times
This was during the first peak in April and May. Scientists know that the second wave is incoming. Although the city is currently facing an impressive lull of 1% of tests coming back positive (compared to 7% in Los Angeles), epidemiologists have pointed to places such as South Korea that squashed the disease only to now be facing a sudden resurgence. They know that eventually cases will rise — the question is, are hospitals prepared to handle it again?

A statement from the New York State Nurses Association (NYSNA) on Aug. 10 deemed COVID-19 a present threat and said that “Our hospitals are still rationing rapid testing reagents, personal protective equipment (PPE), hand sanitizer, and sanitizing wipes because of federal shortages and persistent supply chain constraints … Because of the grave risks, NYSNA calls on state and local officials to postpone in-person schooling for the fall.”

Of the recent rise, the New York Times writes, “about 20 percent of new positive cases in New York City have been connected to out-of-state travel, city officials said … In New York City, neighborhoods with the highest rate of infection are increasingly found in Manhattan — Hell’s Kitchen or the Financial District, for example, which are home to wealthier residents.”

The University of North Carolina at Chapel Hill made all of its classes online a week after the academic year began — and 130 students tested positive for the virus. Along with changing the mode of learning, officials said that they expected many students to move off-campus again.

Columbia University and Barnard have canceled in-person classes in the fall, with Columbia allowing a small number of students to live in residence halls and Barnard shutting down its housing.

Mayor de Blasio has said he will allow all New York public schools to operate as long as the current percentage of tests coming back positive remains under 3%, a number that was seconded by Harvard’s Global Health Institute as an upper limit on the metric.

As of now, Fordham is allowing all students with housing to return if they wish, and faculty to decide for themselves if the class will be in person or online. As of Aug. 17, 1,980 classes across the university are operating fully online. Questions remain: What will a second surge look like in the neighborhood? Will Fordham close its doors for a second time? Most importantly: what will happen to the residents who can’t leave, if students pack up their bags once again?