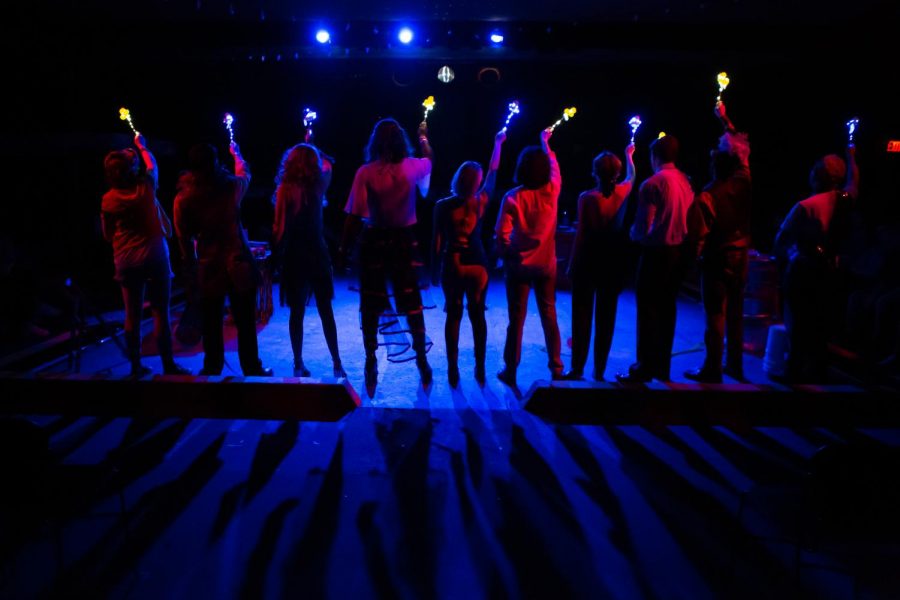 Fordham Theatre shared a statement on Instagram on June 28 detailing the department’s plan to address racism within the theater program, including diversifying class curricula and mainstage productions, committing to equity in hiring practices and avoiding typecasting.

As the ripple effects of the Black Lives Matter movement continues to create a wake, the Fordham University theatre department joins the cast of institutions pledging new standards to support Black artists.

On June 1, the Fordham Theatre blog published an article expressing “A Statement of Solidarity” with the Black Lives Matter movement. The post, signed by the “The Fordham Theatre Faculty,” included wishes of love, a quote from Toni Morrison, a condemnation of racial violence, and resources for allyship, protesting and fundraising.

“We must reach inside ourselves to acknowledge our own racism, call on other White people in our community to do the same, and engage in anti-racist practices,” the statement read.

The undertaking is anything but a small production; it simultaneously attempts to quell historically institutional racist leanings and inspire future thespians to take action.

While the theater community took note of the extensive promises made, many are concurrently waiting to see words take root.

In a statement on their Instagram, Fordham Theatre shared a screenshot of a document outlining their action plan to address racism in the department. The department stated that they will further increase the percentages within the curriculum to include more works by playwrights of color and amplify POC (People of Color) stories.

The increases would spur from the self-published statistics in which “the past fourteen seasons, 36% of our mainstage productions have been written by playwrights of color, and 46% directed by artists of color.”

The department also hopes to attract a more diverse pool of artists, and wants to ensure at least two students of a specific ethnicity or identity are available for any productions that require them, in order to avoid typecasting.

However, realizing this goal proves difficult at a predominantly white institution; merely 4% of the entire student body identifies as African American.

The Fordham theatre department published data highlighting that of the incoming theatre class, 45% identify as a race other than white. The statement declared that the program is committed to increasing those numbers in the future.

However, other promises, such as “deepening our work with our institutional partners run by BIPOC artistic directors” and “telling stories that honor the histories of underrepresented groups,” are much less concrete.
It’s vital that we recognize White artists benefit from a system centuries in the making that disproportionately disadvantages young BIPOC artists. Austin Spero, Fordham Theatre marketing and public relations director
Austin Spero, the marketing and public relations director for Fordham Theatre, spoke about the plan’s implementation.

“This summer, our entire faculty is working together to reimagine the curriculum to better represent BIPOC artists across intersecting identities,” Spero explained.

The first mainstage show of the season will be “Men on Boats,” a play written by Jaclyn Blackhaus with an all female cast about the first expedition of the Colorado River.

“It’s vital that we recognize White artists benefit from a system centuries in the making that disproportionately disadvantages young BIPOC artists,” Spero explained.

“Dialogue is a powerful tool, but our pledge centers on action,” Spero affirmed.

Theatre alumna Alicia Moeller, Fordham College at Lincoln Center (FCLC) ’18, agreed that structured conversations and planning would seemingly lead to the goals of the statement.

However, she questioned if students would be compensated or acknowledged for their discussions and work to address racial reform.

While Moeller understands the department’s goal to include students’ perspectives in future anti-racist policies, she, too, highlighted that it is “Equally important that (students) are compensated for their time, research, and emotional commitment.”

One professor at the forefront of the effort to decolonize the theater is Fordham professor Clint Ramos, a Tony award-winner and costume and set designer.

On July 8, Ramos, a Filipino artist, vowed in an Instagram post that he would pay up to $3,000 in application fees for “young BIPOC Theatre/Film designers and Technicians out there struggling with this hustle.”

Ramos extended the invitation to both current and former students and denounced the chains that capitalism places on opportunity. He also referenced the mentors who helped him with the “lottery ticket” he claims allowed his success.

When describing his career at Fordham, Ramos explained that it “certainly has been an eventful two years.” The professor expressed that “right now is a really good time to look at where we are as a University, and acknowledge all of the stuff that we have taken for granted.”

Ramos stressed the urgency that both activists and students alike are feeling, saying “we need to look at this. We cannot continue if we don’t.” For Ramos, moving forward together includes his hope that the university will “mandate anti-racism training on a regular basis.”

He also said that there is no reason days set aside for orientation should not include anti-racism training “across the board.”
From the time I arrived (at Fordham) four years ago to today, I’ve witnessed and been a part of some of the huge shifts in the way the program handles these issues. Wayne Babineaux, FCLC ’20
While the department has much to do, theatre alumnus Wayne Babineaux, FCLC ’20, spoke to the progress the program has made so far.

“From the time I arrived (at Fordham) four years ago to today, I’ve witnessed and been a part of some of the huge shifts in the way the program handles these issues,” he said.

Babineaux, a theatre major and economics minor, further explained, “There is still a lot of work to be done, but that I have confidence that Fordham Theatre can and will do the work.”

Part of Babineaux’s vote of confidence in his alma mater stems from his opportunity as a senior to exhibit his solo show “Coincoin: Queen of Louisiana.”

“Coincoin” opened windows into the experience of Babineaux’s eponymous ancestor who freed herself from slavery in the 1700s. “Coincoin” debuted alongside Eliana Rowe’s, FCLC ’20, original solo written about Rowe’s personal experience as a Black queer woman growing up in the church. Babineaux cited this double bill as “an instance of Fordham centering black artistic voices.”

While the theatre department has certainly captured the attention of the Fordham family, it also must face both the praise and criticism that comes with a large, hungry and well-versed audience.