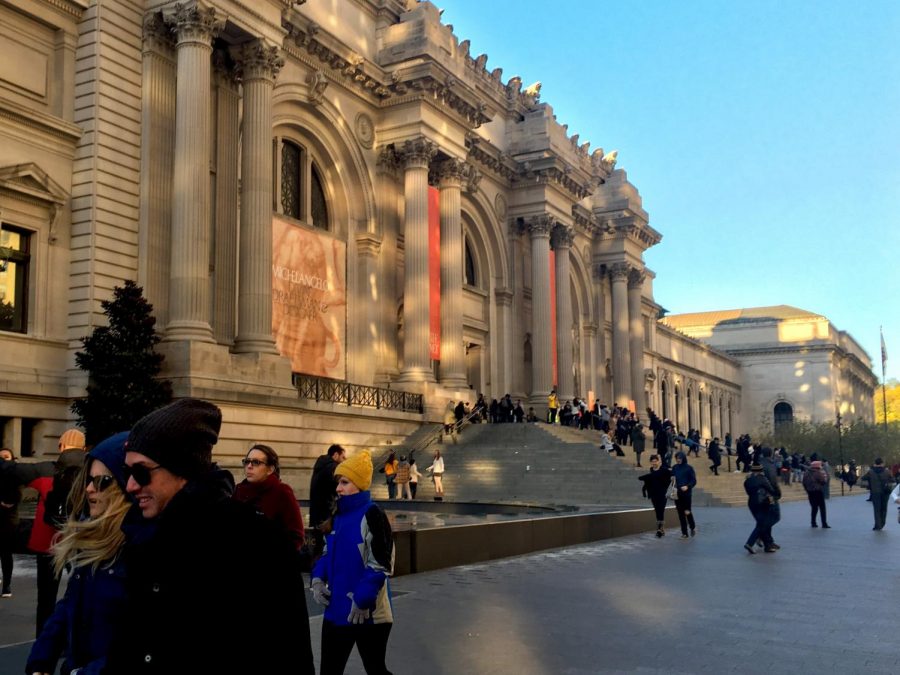 After having its doors closed for the longest time in over a century, The Met will finally open on Aug. 29 for five days a week at 25% capacity and with physical distancing in place.

Normally frequented by tourists and New Yorkers alike, Manhattan’s famous Museum Mile has been much quieter this summer.

In March, the COVID-19 outbreak forced cultural institutions across the nation to close, including the largest museum in the United States, The Metropolitan Museum of Art (The Met), located along this popular stretch of Fifth Avenue.

The Met, which shut down on March 13, hadn’t previously been closed for more than three days in over a century. Now, after months of waiting, the museum is finally prepared to welcome back its members on Aug. 27-28 and then the public on Saturday, Aug. 29.

In a statement on Aug. 14, 2020, New York Gov. Andrew Cuomo announced that low-risk cultural institutions would be allowed to reopen by Aug. 24, 2020.

Making waves as one of the first major cultural institutions of New York City to reopen, The Met’s two million square-foot building will be open five days a week, Thursday through Monday. On Saturdays, Sundays and Mondays, it will be open from 10 a.m. to 5 p.m. On Thursdays and Fridays, the museum will offer later hours from noon to 7 p.m.

“The safety of our staff and visitors remains our greatest concern,” Daniel H. Weiss, president and CEO of The Met, said in a museum press release.

Following guidelines issued by the Centers for Disease Control and Prevention, a comprehensive safety plan will be enforced. Visitation will be reduced to 25% of the museum’s maximum capacity and the building will offer enhanced sanitization procedures. Guests will also be required to wear face coverings and practice physical distancing.

The museum also will not provide any printed materials such as maps and brochures, so visitors are encouraged to download these resources ahead of time, as well as review the complete list of guidelines which are available on The Met’s website.

“Opening The Met’s doors is an important signal for New York and for all of us. We have never been forced to close for longer than three days—much less five months,” Max Hollein, director of The Met, said.
Making waves as one of the first major cultural institutions of New York City to reopen, The Met’s two million square-foot building will be open five days a week.
“This will be a time for New Yorkers to reconnect with their favorite artworks and spaces in their Museum. So many people have reached out during the time of closure to express how much they miss being at The Met, and we are eager to welcome all back to the galleries.”

During the forced shutdowns, many museums, including The Met, have provided virtual tours and online exhibits free to the public. Some organizations have taken it a step further and opened COVID-safe, outdoor exhibits. One of The Met’s neighbors, the Museum of the City of New York, has unveiled an open-air installation on the property’s terrace and balustrade called “New York Responds,” which documents the experiences of New Yorkers during the pandemic through crowdsourced photographs.

Similarly, the New-York Historical Society opened a free outdoor exhibition on Aug. 14 called “Hope Wanted: New York City Under Quarantine” featuring pictures and audio interviews of different New Yorkers affected by the coronavirus and quarantine. Both museums have plans to open their indoor facilities in the coming weeks.

In addition to The Met’s main Fifth Avenue location, The Met Cloisters, a branch museum in Washington Heights, will open in September. However, The Met isn’t the only New York cultural institution with upcoming plans to reopen. The American Museum of Natural History will open its doors to museum members on Sept. 2 and then to the general public on Sept. 9. Other museums with set opening dates include the Whitney Museum of American Art on Sept. 3, the Museum of Modern Art on Aug. 27, and the Museum of Jewish Heritage on Sept. 13.

Students can purchase general admission timed tickets to the Met online or suggested admission tickets onsite at either a kiosk or ticket desk.