How Do You Solve a Problem Like Austin Tong? 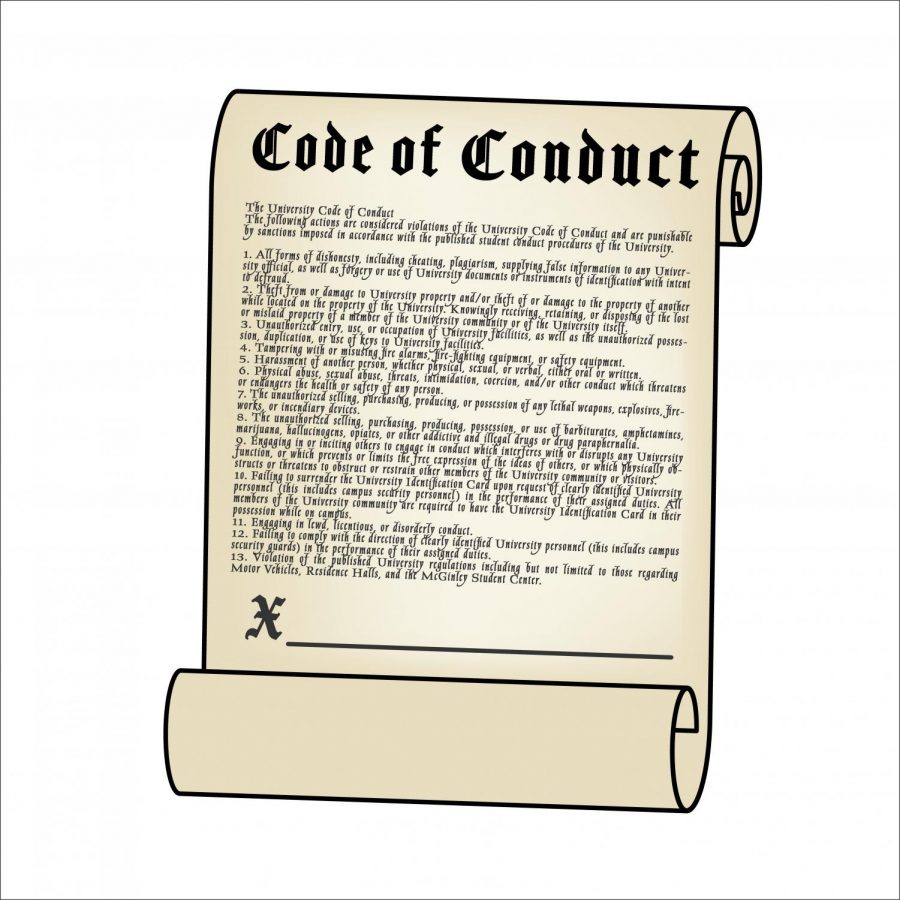 As a disclaimer: I’m not an expert on the First Amendment, but I do know that we all walk a fine line when it comes to free speech and freedom of expression when we’re in “public.” Private spaces are allowed to regulate who they allow in and what actions are permitted on their premises. Private businesses are allowed to determine who represents them and who can be let go from a position. In both instances, when we join private entities, we relinquish some of our rights to act or speak in a certain way. We are not always guaranteed to be protected by the Constitution.

Let’s say you go to Walmart and there is a no-mask, no-entry policy, but you refuse to wear a mask. Walmart has every right to kick you out of the store, no matter how much you fight the decision. You are on Walmart’s property, violating their rules and endangering not only other shoppers but their employees as well. Or maybe you’re acting a fool in a public space, like Central Park. Amy Cooper’s biased actions against Christian Cooper, a Black birdwatcher, caused her to be terminated by her employer for not embodying the company’s standards. She wasn’t at work or participating in her job in any way, but anywhere she goes she is an employee who (even if unknowingly) represents the company. Amy Cooper was caught on camera making a false report with an obvious bias against Christian Cooper. She suffered the consequences.

Both of these situations showcase that when you enter a space or position in any private business/corporation/university, you are subject to their policies, however lenient or stringent they are.

As active Fordham students, we are subject to the rules of the university both on- and off-campus. The Office of the Dean of Students requires us to adhere to the Student Code of Conduct. In being a part of the community, we are expected to follow the university’s rules and if we violate any policy (either on the property, in the city or online), we can be reprimanded.

For example, when one student posts an image that’s divisive, threatening or could be harmful that image is a representation of a Fordham student. Just like in Amy Cooper’s case, that student did not represent the private business’s ideals and would justifiably face punishment.
Would that student have the right to retaliate against the university’s punishments and if so, on what grounds? In reality, there are none. That student agreed to be in line with Fordham’s policies until they no longer affiliated with the university, if they violate said policies they are subject to the consequences — end of story.
Both of these situations showcase that when you enter a space or position in any private business/corporation/university, you are subject to their policies, however lenient or stringent they are.
The Constitution, while we believe it is always intact and applicable to every point in our life, loses its power in non-public spaces like Fordham. Austin Tong, Gabelli School of Business at Lincoln Center ’21, claimed that the university’s actions were an “explicit attack on my freedom of expression”; however, technically, this is not true because neither the platform he posted on nor the university guarantees to protect all speech.

According to the State Action Doctrine, the First Amendment (or the Constitution in general) is in place for the protection of citizens against the infringement of government, not private actors. Fordham is a business — they want new students to improve their rankings and they want to avoid bad publicity. Tong’s actions are counterintuitive to Fordham’s reputation as a business, and as such, he should be metaphorically “fired” from his position as a member of the Fordham community.

Freedom of speech is a highly contested amendment in educational settings. In 2015, Yale University urged students to avoid cultural Halloween costumes that have the chance of offending others. One Yale lecturer remarked the university was limiting students’ expression and even asked if students were no longer allowed to make mistakes and be offensive. Conversely, students understood the task from the administration not as censorship, but as a reminder to respect their peers. Can we not ask the same of our community?

In the past five years, I have been in two lockdowns for school shooters. I know people who have been hurt by gun violence. I wouldn’t feel safe knowing someone I see in the hall has the means to commit violence at this level. By posing with the gun and spouting praise for the right to be armed, Tong showed his weapons and his potential. Fordham needs, and has the full right, to protect its community and ensure that he cannot bring the weapon he posted to campus.

Is it crazy to think about how even our online actions have consequences?