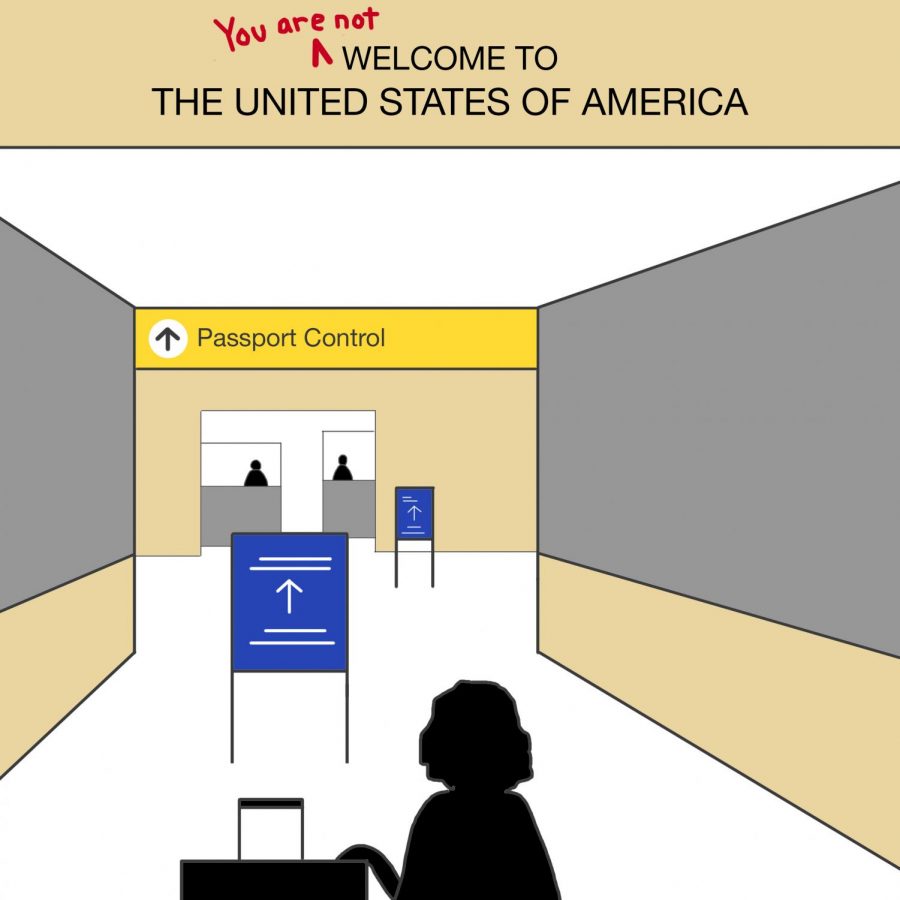 Attending an international school in China meant I was taught exclusively in English. It meant consuming American media while munching on imported Cheetos and sending messages to friends using blocked apps like Instagram and Snapchat. It meant that by age seven, I knew I would attend a university in America one day.

To put it simply and rather bluntly, it was instilled in me at a young age that America was “better.” Better for me, my future and my career. Plus, you guys have The Cheesecake Factory, reality TV and free speech, whatever that means.

Attending an international school also meant that I had become Westernized to the point where I cannot fit in with the locals back in Beijing. My Chinese is rather broken, just like my parents’ hearts when I forgot the word for “transfer” the other day. (Unoriginal joke, I know.)

This happened during a discussion about my fall plans, before ICE rescinded its policy against international students. Apart from the fact that I was incredibly stressed about what I would do if I got kicked out of the country (since going back to China still isn’t an option, I’d have to go to Singapore, a lovely country, but one I have never lived in), watching the news also brought on a sense of isolation. So, I can’t relate to Chinese locals. I also can’t relate to Singaporean locals. I’m not American, but coming to Fordham, I definitely found myself fitting in with the American kids more. The idea that ICE could kick me out of the country reinforced this doubt in my head: I don’t really belong here, do I?

The American Dream has this weird way of pulling people in with its shiny promises of accepting everyone but making any so-called “minority” feel othered at some point. The past few months have been one big mess. The murder of George Floyd was a wakeup call, reminding us that Black and African American citizens are still being betrayed by a deeply racist system. When Instagram first became saturated with activism, I expressed both my shock at the news of lynchings, shootings and unjust murders of Black Americans and my guilt for not having done more sooner. One of my friends told me, “OK, it’s good to take action but you shouldn’t feel bad when you’re not even American.”

Sure, I’m not American, but this is the country I chose to invest my future in. Maybe the system I grew up in also failed me by not educating me enough on racism and anti-racism, but I am responsible for learning about it now. I’m also responsible for being part of the fight for change. I may not be American by citizenship, but this is where I am building a life.

It’s disappointing to see the state of America today: In addition to the issue of police brutality, there’s also the fact that the pandemic is nowhere near under control, and millions have lost their health insurance. But it’s also slightly hope-inducing to see that when people advocate for change, change happens. It’s not perfect. There’s still an incredible amount of injustice pulsing through this country. However, we have to acknowledge the fruits of our efforts.

When we asked, and by asked I meant threw a fit, all of George Floyd’s killers got arrested. Through a collective effort, we were able to get ICE to rescind the policy of barring international students from staying in the country if they were taking exclusively online courses.

One might argue that we shouldn’t have to still be throwing a fit in response to injustice. We haven’t won every battle yet. However, considering that throwing a fit in some other countries means execution, the effects of public pressure show us that it is our best method.

It’s not enough to blindly believe that this is the greatest country in the world, especially not while lack of action is causing the deaths of thousands every day. If America wants to keep its status as a world power, we had better work for it. And yes, that “we” includes international students.