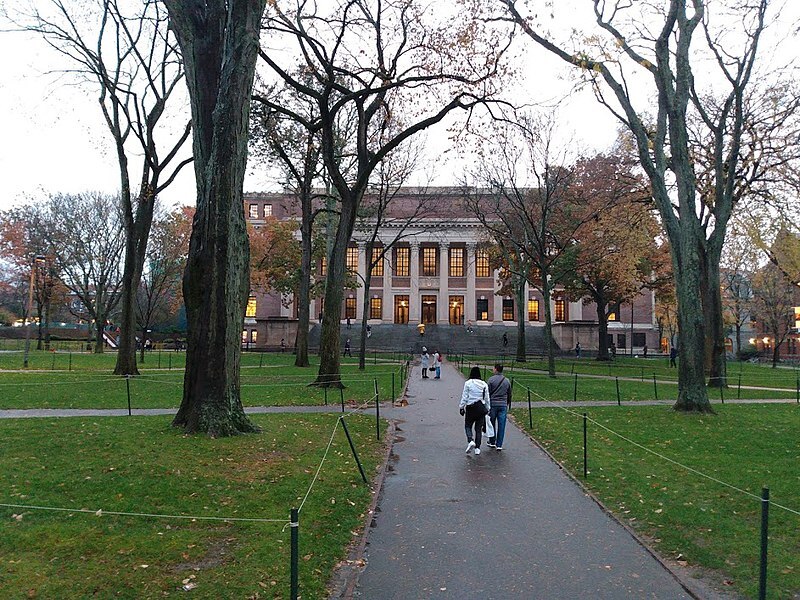 Harvard, pictured here, is leading the legal charge along with MIT against the DHS and ICE's decision to revoke visas for international students taking classes fully online in the fall.

This is a developing story. Check back this week for updates.

UPDATE, July 14:  The federal government has revoked its decision that would force international students to attend universities in-person or be deported. The ruling to reinstate the online class exemptions that were made during the outbreak of the pandemic was declared at the beginning of the federal trial for the lawsuit brought by Harvard University and MIT against the DHS and ICE.

UPDATE, July 9: The university has confirmed that they will do everything possible to ensure in-person classes for international students in a community-wide email on July 9. “We believe our international students are a source of strength and intellectual diversity for the Fordham community, and we stand with them in the face of what seems at best to be an ill-considered and punitive policy,” wrote President Rev. Joseph M. McShane, S.J. The email also included support for a statement by Mary Beth Labate, president of Commission on Independent Colleges and Universities, in which she decries the ICE decision and calls for it to be rescinded.

Fordham University is backing the efforts of Harvard College and the Massachusetts Institute of Technology (MIT) in the lawsuit against the U.S. Department of Homeland Security (DHS) and the U.S. Immigration and Customs Enforcement (ICE), for the decision to revoke online course exemptions for international students.

During the coronavirus (COVID-19) pandemic, the Student and Exchange Visitor Program (SEVP) instituted temporary exemptions so international students could take more online courses than previously allowed during their spring and summer semesters. These exemptions allowed for international students to take a full course load online and maintain their F-1 and M-1 nonimmigrant statuses.

On July 6, SEVP released a broadcast message stating the plans of the DHS and ICE to modify these rules for the fall 2020 semester.

The American Council on Education, with which Fordham is affiliated, along with several other higher education associations plans to file briefs in support of Massachusetts universities’ lawsuits.

With the hybrid model, Fordham can allow all students to participate in their previously scheduled courses while still upholding the state-mandated social distancing practices, as some class sections will be operating online and others will be held in person.

“We’re not sure yet what it means for us,” Bob Howe, assistant vice president for communications, said on July 6 regarding the change in policy.

Meanwhile, the English department at Fordham has begun to take steps to ensure the education of their international students. “English has assembled a list of professors who have volunteered to teach face-to-face independent studies (1-4 credits) to any of our international students who are in need of those credits,” Mary Bly, chair of the english department, said. She later confirmed that, as these classes will be categorized as independent study classes, the professors will teach them on a volunteer rather than paid basis.

These classes, Bly said, will involve normal credit hours and count for the English major. They will also “require a great deal of work from the student and professor,” she said.

Other colleges and universities across the country have announced similar efforts to guarantee their international students receive a full education, despite going online in the fall for safety reasons.

The New School, which plans to be entirely online in the fall, sent an email to students regarding the policy by ICE stating that they are “looking at every possible alternative to support our students in a safe and responsible way.”

Any further decisions from Fordham to support international students attending the university are not yet determined.

“If our students are in the United States on a visa, and threatened by this ruling, we will support them in every possible way,” Bly said.

The original text of this story, published on July 8, has been updated with additional comments from Mary Bly. Check back for continued updates as the story develops.