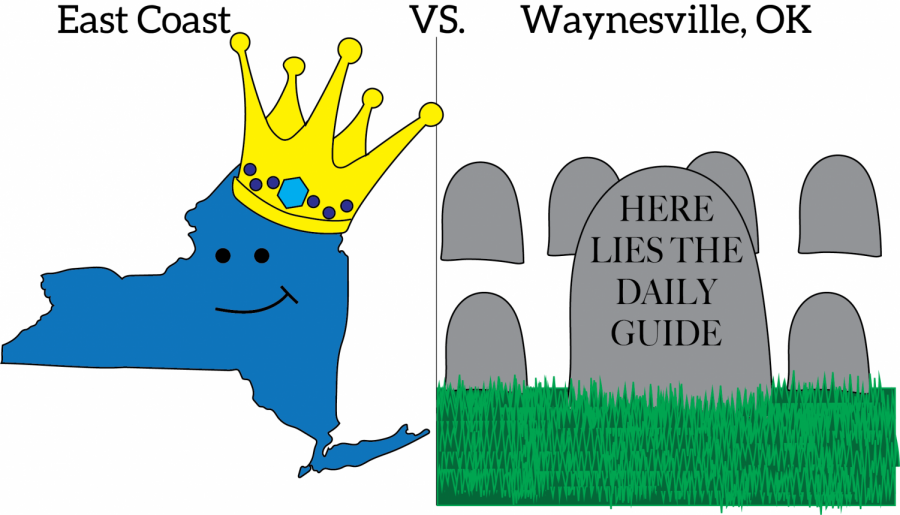 In the United States Pledge of Allegiance, America claims to be one nation under God. However, it would currently be more accurate to say that we are two nations under the coronavirus. This difference has been hidden by the loss of local journalism in the United States.

At the moment, the United States is seeing a resurgence in coronavirus cases. This increase cannot be considered a “second wave” due to the fact that the first wave never ended nationally. However, there are places in the country where coronavirus cases have stabilized, and two of such places are critical to how we receive the news: New York City and the DMV, short for Washington, D.C., Maryland and Virginia.

The coronavirus outbreak in New York City is a complicated matter. The city was the global epicenter of the outbreak when it was at its peak, and still is for the highest death toll of any state, although the Navajo Nation and New Jersey have higher death rates per capita. While the delays in leadership at the federal, state and local levels were fatal for thousands, New York’s state and local governments have since been and continue to be persistent in controlling the spread of this virus. It is quite ironic that other states were issuing travel warnings to those who came from New York back in March, since now New York is mandating quarantines for people coming from other states, showing how much this crisis has changed geographically.

The DMV’s handling of coronavirus cases is far less climatic. A combination of a lower population density and competent leadership has meant that cases in the DMV have stabilized. While that is subject to change as their reopenings progress and residents act irresponsibly, the DMV has controlled the virus much like the Northeastern states and other industrialized nations.

Of course, many other states are not in such fortunate situations. From Florida to California, states are seeing massive spikes in coronavirus cases due to hasty reopenings of the economy and a lack of concern among the states’ populations. Though lack of planning to safely reopen the economy and reckless individuals are common explanations for the spike in coronavirus cases, there is another factor that certainly is not helping anyone: the death of local journalism.

For the past few years, towns across America have lost their local newspapers as they have been unable to adjust to modern economic developments. Meanwhile, journalists have disproportionately been concentrated in major cities; a 2019 Pew Research report found that 24% of news reporters live in the Northeast, despite only 18% of the U.S. workforce living in the region. The increasing concentration of media into urban areas reveals the continued weakening of small communities that have already been hit hard by globalization.

This pandemic has made the media’s concentration in New York a clear notion; such concentration is the reason why Gov. Cuomo became a national sensation, even though governors on the West Coast also had a good grip on the virus at the time. As the virus began to wane in New York, states across the country thought this would be a good time to reopen, not realizing that, unlike New York, their first wave had yet to begin.

The major outlet of mourning in national media is the obituary The New York Times made when the United States hit the grim milestone of 100,000 COVID-19 deaths. Even at the time, I felt that so much death was present all I could feel was numb to it. I think that it would have been much more powerful if you could simply know the deaths of those in your state or county, or even just a small community, to know the fate of your neighbors in not just an abstract sense, but a real sense as well.

The loss of community began long before COVID-19 hit America. Unless there is desire to do otherwise, this loss will continue just like the virus that’s exacerbating such loss.