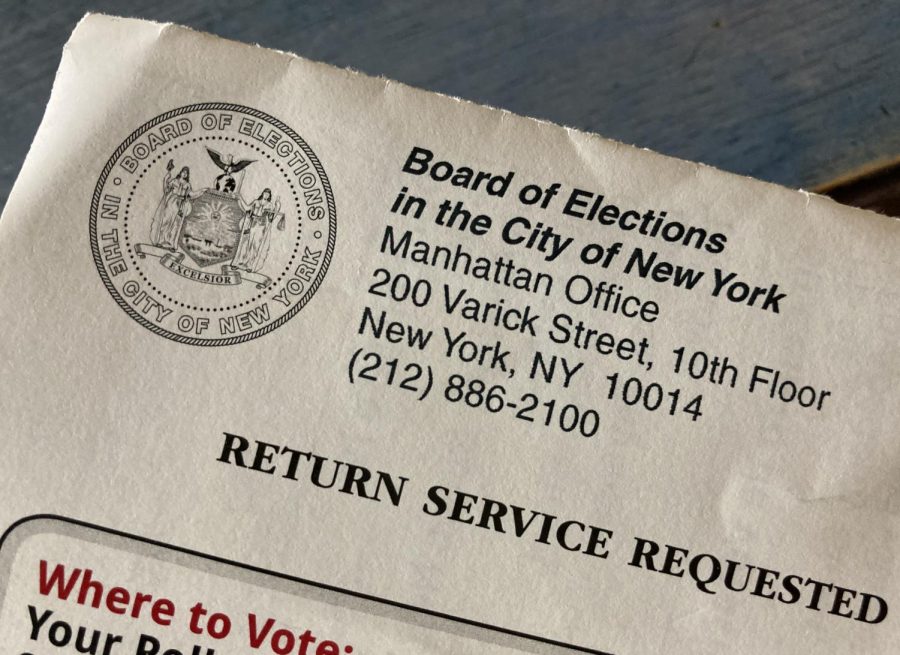 The decision by a federal court to reinstate the New York Democratic presidential primary after it previously was canceled due to the coronavirus (COVID-19) concerns had the intention of restoring voters’ democratic rights to exercise their freedom to vote. However, with a record number of New York voters choosing to vote through the mail, many voters reported not receiving their ballots in time for the June 23 deadline.

In Executive Order 202.15, Gov. Andrew Cuomo of New York granted permission for absentee ballots to be applicable to all New Yorkers under the condition “temporary illness,” as a way to increase voter participation without the necessity for in-person voting.

The order led to a surge in absentee ballot requests for the New York State Board of Elections (BOE) as more than 1.7 million voters requested absentee ballots, compared to just 157,885 in the previous 2016 presidential primary.
Students Find Themselves Affected
As of June 17, only 95% of the requested ballots were issued to voters in New York City, less than a week before the required postmark deadline.

One Fordham student from Queens, Alleyah Ally, Fordham College at Lincoln Center (FCLC) ’23, applied for an absentee ballot at the same time as her family members. Her family members received their ballots on June 18; Ally received hers on June 20.

“I barely made the June 23rd deadline and I still don’t know if the Board of Elections got mine on time,” she said. “It’s so frustrating.”

This was Ally’s second time voting, as she previously voted in the NYC 2019 city elections. She said her first time voting wasn’t simple either. She was misdirected to the wrong polling site twice and then given the wrong ballot to fill out, making it more convenient to give up on voting despite the investment she already made to vote.

“I fought to vote, I stepped on toes, and while I was completely civil, I was so angry,” she said.

Ally wasn’t the only Fordham student affected by the late absentee ballots. Staten Island resident Maia Nunez, FCLC ’22, said she and her mother both applied for absentee ballots and didn’t receive them until the day before the primary.

“Mailing it would be complicated because it supposedly has to be postmarked by the end of that day,” she said. Ultimately, Nunez and her mom ended up walking to their nearest polling site and handing in their ballots.

“NY’s COVID-19 cases have gone down, so I guess the in-person ballot option was a good and safe back-up for delayed absentee ones, but I thought it was still prudent to use the absentee ones just to be safe,” she said.

Nunez said that, at first, she was unaware that someone who requested an absentee ballot could vote in-person instead, so she imagined there would be many voters who didn’t vote at all since their ballots came too late.

“Primaries are important and this particular presidential race is monumental, so it’s disappointing to not be able to partake,” Nunez said.
Voting in the City at Large
According to the New York Times, the New York state attorney general’s voting hotline received an overwhelming number of calls leading up to the primary from voters who hadn’t received their absentee ballots yet.

Nearing two weeks after the primary, Twitter continues to be flooded with complaints at the New York City BOE regarding late ballots.

“My absentee ballot just arrived — 6 days late. Would have been great if my vote could have counted,” Jeramie Orton tweeted at the New York State BOE account.

It is unclear whether ballots postmarked after the deadline will be accepted, even if they were delivered after the primary.

As the 2020 general election looms, many New York voters expressed their concerns about not being able to vote in the general election, considering the situation from the primary.

Early voting in the general election takes place from Oct. 24 to Nov. 1; the last day to register for mail-in voting or in-person voting in New York is Oct. 9.

As the COVID-19 situation improves in New York, with New York City having moved into Phase Three on July 6, the use of absentee ballots may not be needed for the majority of residents in the state during the 2020 general election.

However, it is too early to predict what the state of the virus will be in November. When Fordham students and others living and studying in New York state move back into the city for their fall semesters, and other parts of the country start to open up fully, there may be a resurgence of COVID-19 cases throughout all parts of the country.