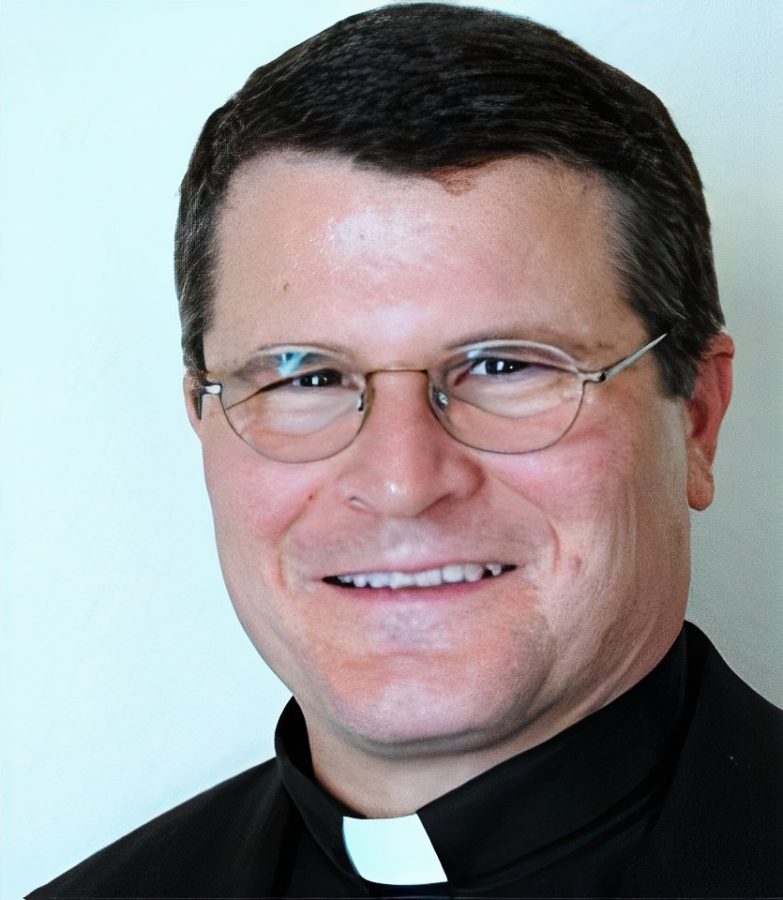 Enthralled by the subject as a teenager, Mariani focuses his research on the modern history of Catholic life and resistance in communist China.

“You really just have to jump right in,” the Rev. Paul Mariani, S.J., tells me about learning Mandarin — a language that may seem daunting for many English speakers.

A scholar of Christianity in China, Mariani spent the spring 2020 semester as Fordham’s St. Ignatius Loyola Chair, a position reserved for a Jesuit from the United States or around the world to serve as “a distinguished professor who would contribute to and enhance the Catholic and Jesuit tradition of Fordham University.” Mariani focuses his research on the modern history of China and its Christian communities since China’s communist revolution in 1949. He recalls that he became interested in the topic when he was a teenager and Deng Xiaoping was the leader of China. Deng, who took control shortly after the death of Mao Zedong, spearheaded major social, economic and political reforms in the Far East country.
A Bicoastal Student and Educator
Mariani’s education and research history are immense. Hailing from New York and growing up in Massachusetts, Mariani attended Harvard University where he majored in biology and subsequently traveled to Taiwan where he studied Mandarin for nearly two years.

After entering the Society of Jesus in 1991 in California, he returned to New York to get his master’s degree in philosophical resources at Fordham in 1996. He also earned a Master of Divinity from the Jesuit School of Theology in Berkeley in 2002 and was ordained a priest in that year. Ultimately, Mariani received his Ph.D. in history from the University of Chicago in 2007.

While he is now an associate professor of history at Santa Clara University in California, he spent this past semester with the Fordham community. In his capacity as Loyola Chair, he taught a fully enrolled course on Christianity in China and was planning to deliver a lecture on the subject open to all Fordham students and faculty before the coronavirus outbreak hit New York.
Mariani’s Research
As a student who took his course, I never found a dull moment. The subject matter spanned from the earliest Christians to arrive in China during the seventh century to the present day under the rule of China’s current president, Xi Jinping.

The main focus of Mariani’s research has been on Catholic life and resistance in communist China. His book, “Church Militant: Bishop Kung and Catholic Resistance in Communist Shanghai,” published by Harvard, details the true story of Bishop Ignatius Kung Pinmei. Pinmei served as the Catholic Bishop of Shanghai from 1950 until his death in 2000 and spent decades in prison for opposing the ruling Communist Party. The book highlights the oppressive Chinese regime which Pinmei and other Catholics in Shanghai tirelessly resisted until their arrests in 1955 and the means by which the state divided, manipulated and exerted control over both Catholic and Protestant churches during the 1950s.

Because China guaranteed freedom of religion for its citizens, the Communist Party had to get creative when charging church leaders and parishioners with crimes. They claimed that the Church’s leaders were engaged in counterrevolutionary activity and supported by imperialists, charges that evoked a patriotic resistance to the memory of colonial powers in China.

After the death of Mao and the rise of Deng, Mariani notes that China did begin to open itself to the outside world and religion, but this period of liberalization has since receded. Since the rise of Xi, Christianity and other religions have faced stringent new guidelines and are kept under the watchful eye of the state.

Mariani’s Thoughts on the Current Situation in China
During his most recent trip to China in 2018, Mariani recalls that security cameras are now ubiquitous throughout the nation’s cities, including in front of churches. While these cameras may be used to assist law enforcement, there is a growing international concern that they are also used to closely monitor religious communities.

When asked how he acquired the information used in “Church Militant” given the reliance on primary sources from China, Mariani noted that the government’s archives were not as restricted as one might have believed. But he notes that putting together his sources was like making “a huge mosaic” between missionary letters, memoirs, interviews and the official government documents.

Mariani believes that the current coronavirus pandemic may exacerbate matters for Christians, putting individuals and churches under a state showing an increasing disregard for personal privacy under the pretext of curbing the spread of the novel virus. While he hasn’t been to China since 2018, he says that he wouldn’t be surprised if the government’s archives are “now more secretive.”

For his next project, Mariani hopes to formulate somewhat of a continuation of ”Church Militant,” detailing the life of some of the book’s main figures and the growth of religion in China in the 1980s.

Mariani referenced a quote of hope from “Church Militant” and said that even after the Communist Party wreaked havoc upon the Church and jailed its leaders, “the party was unable to destroy the church. Although some Catholics renounced their faith, others did not. The faith lived on in their hearts. And with renewed―albeit limited―religious freedom, these believers rapidly reestablished themselves as a church.”

Correction: A previous version of this article stated that Fr. Paul Mariani, S.J. is an assistant professor instead of an associate professor at Santa Clara University. It has been updated to reflect this change.