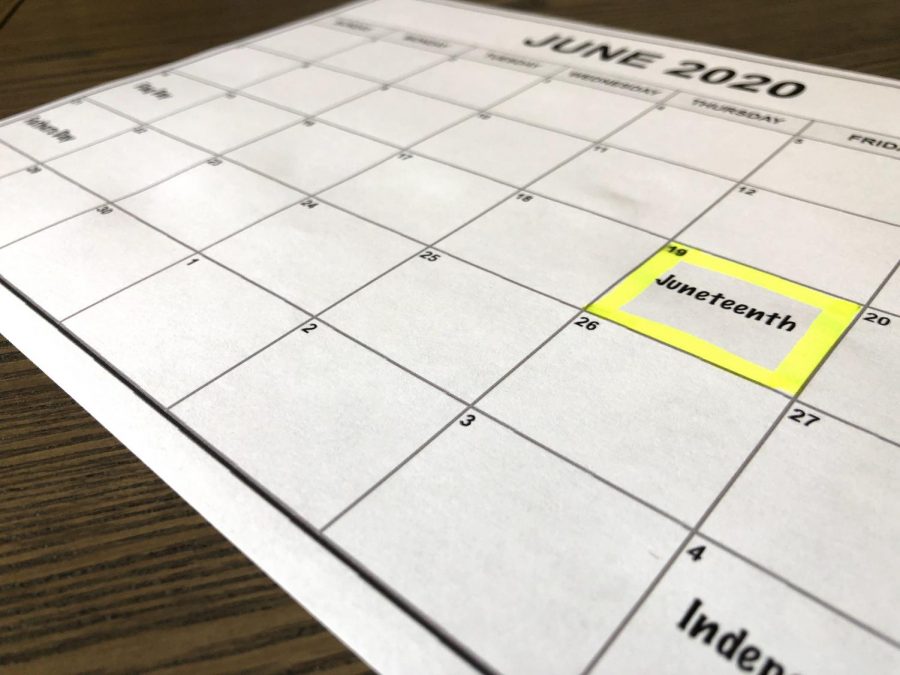 Fordham will now recognize June 19, or Juneteenth, as an annual paid holiday.

Juneteenth, a holiday commemorating the end of slavery in the United States, has been recognized in this country since the late 1800s. However, now, in light of the recent deaths of George Floyd, Ahmaud Arbery, Breonna Taylor and many others, as well as the growing scale of the #BlackLivesMatter movement and protests across the country, there has been increased pressure to recognize the date as an official national holiday.

On June 17, University President Rev. Joseph M. McShane, S.J., announced that Fordham will celebrate Juneteenth as an annual paid holiday for the first time in the university’s history. The community-wide email came shortly after Gov. Andrew Cuomo’s executive order to recognize the date as a state holiday in New York.

Granger read, “The people of Texas are informed that in accordance with a Proclamation from the Executive of the United States, all slaves are free. This involves an absolute equality of rights and rights of property between former masters and slaves, and the connection heretofore existing between them becomes that between employer and hired laborer.”

Juneteenth.com, an organization dedicated to promoting unity and freedom through organizing Juneteenth celebrations, offers an extensive history of the holiday.

The holiday, sometimes referred to as Emancipation Day or Freedom Day, was celebrated by African Americans throughout the late 1800s but lost popularity in the early 20th century due to a shifting cultural and economic landscape. The Great Depression forced more people into cities looking for work, and employers denied workers paid leave to celebrate the date.

Simultaneously, more children began attending schools in favor of at-home or family learning, and educational materials failed to include information about enslaved people’s experiences. Emphasis was placed on the 1865 Emancipation Proclamation and included little-to-no detail about the impact of Granger’s arrival in Texas.

In 2020, New York is the 47th state to recognize the holiday. At a press conference, Cuomo said, “Friday is Juneteenth — a day to commemorate the end of slavery in the United States — and it’s a day that is especially relevant in this moment in history.

“I’ll propose legislation next year to make it an official state holiday so New Yorkers can use this day to reflect on all the changes we still need to make to create a more fair, just and equal society,” he continued.

National tensions regarding race and policing are not absent at Fordham, as students have petitioned for the university to issue a statement on George Floyd’s death, cut ties with food provider Aramark and stop hiring former NYPD officers. Many students have also reported their disappointment with the university administration and cite its failure to support Black students.

“In many ways this new Fordham holiday is a symbolic measure, and I will be announcing more concrete actions by the University soon. But symbols matter. Symbols inspire, symbols console, symbols define what—and whom—we care about,” McShane wrote in his email.

Mark Naison, a professor of African and African American studies and the founder and director of the Bronx African American History Project, referred to McShane’s decision as an “important gesture of recognition and respect on the part of the Fordham administration towards Fordham’s Black community.”

However, he also noted that the United States in general, including Fordham, is not doing enough anti-racist work.

Naison had a list of suggestions, such as offering required courses for all entering students which deal with race in U.S. history. “This is the time to have conversations with Black students, faculty and administrators about what those next steps should be,” he said.

ASILI, the Black Student Alliance at Fordham College Rose Hill, announced in an Instagram post that they will be sending a list of demands to Fordham’s Board of Trustees to eradicate racism on campus. “We ask organizations and individuals to apply pressure on the university and stand in solidarity with us,” read the Instagram post.

On the morning of June 19, the Office of Mission Integration and Planning sent a community-wide email announcing a list of programming to commemorate the day.

The Office of Campus Ministry and the Center for Community Engaged Learning created a virtual prayer service for Racial Justice, Solidarity, and Healing that is available on-demand for members of the Fordham community.