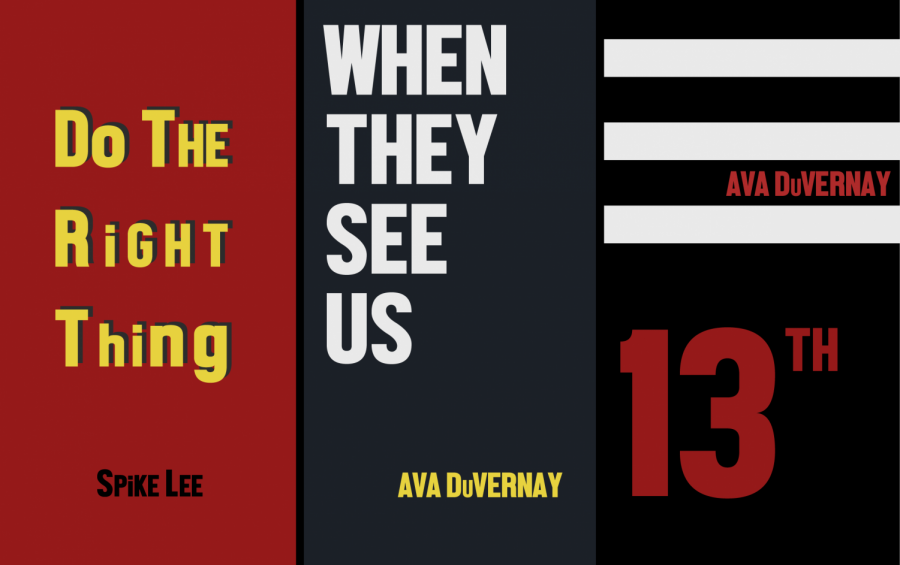 The recent protests in the wake of George Floyd’s murder and the negative narrative generated in response to them have shown that education on why Black Lives Matter is long overdue, especially to America’s white middle class populace. We, the white people, are often guilty of shutting out the problems not pertinent to us and pretending they don’t exist, a behavior that is often encouraged by our white-washed educational system. Now is the time to open our eyes.

This article is obviously not just for white people, but for anyone who wants to know more about the reasons to protest; however, I am addressing it to white people in particular, since we are most known to shelter ourselves from the problems that we think don’t directly affect us. I present to you three pieces of media: a film, a TV show and a documentary, one from the ’90s, two of them recent, which will help you understand why all lives can’t matter until Black Lives Matter (BLM). As of June 15, 2020, all three are available on U.S. Netflix.
FILM
Spike Lee’s “Do the Right Thing” (1989) might have been released a while back, yet the racial tensions it portrays are, sadly, still relevant to this day. The film centers around life on a Bed-Stuy block on a particularly hot summer day, as tensions start running high. However, the summer heat is not the reason, but only a catalyst for the tension, since the Black residents of the block feel oppressed and discriminated against even in their own neighborhood.

The two businesses that operate on the block are Sal’s pizzeria, a joint owned by blatantly racist Italian Americans, and a Korean-owned supermarket. Even though this example is from the late ’80s, when setting up a Black-owned business was even harder than now, it perfectly demonstrates why we should support Black-owned businesses, restaurants and stores. The conflict between Sal and the neighborhood escalates when Buggin’ Out (Giancarlo Esposito, who also starred as Gus Fring in “Breaking Bad”) and Radio Raheem (Bill Nunn) call Sal out for not having any Black people on his “Wall of Fame.” The conflict may seem disproportionally blown up; however, it points at a deeper issue. Sal is technically within his right to put whomever he wants onto his wall of fame (Italian American actors); in not respecting the wishes and tastes of his overwhelmingly Black clientele, he perpetuates racism and systemic oppression. I do not want to spoil the ending or plot for anyone who might want to watch this film; however, I do want to hint at the fact that, like in many real-life cases, the conflict between Sal and the Black neighborhood does not come to a peaceful resolution and ends with the help of our “beloved” police. “Do the Right Thing” is a film about what happens and will keep happening unless we as a society fight systemic oppression and racism.
TV SHOW
A more recent, and, arguably, more heartbreaking example of systemic oppression is Ava DuVernay’s limited series “When They See Us” (2019). “When They See Us” tells the real-life story of five Black and brown children falling victim to police targeting and discrimination when they were charged guilty of the crimes that they did not commit. One summer evening in 1989 (the same year “Do The Right Thing” was released!) Kevin Richardson, Korey Wise, Yusef Salaam, Raymond Santana and Antron McCray go out wilding on the streets of Harlem. At the same time, Trisha Meili is murdered in North Central Park while jogging. Having been unlucky to end up hanging out near the scene of crime when the corpse got discovered, the five boys are accused of her murder, along with many of their friends. Inhumane psychological interrogation methods are used on the boys: They’re not allowed to see their mothers, aren’t given proper council, and are then set up against each other. Despite conflicting timelines and accounts, as well as a lack of evidence, the five still get convicted due to the efforts of Linda Fairstein, who hired white supremacists in place of those who opposed her in order to push her forced narrative. “When They See Us” calls for the eradication of the current criminal justice system, demonstrating there is a bias not only in the system itself, but also in people who support it or do nothing about it. Although the five were awarded a settlement in 2014, some 25 years later, simply paying off the victims is not going to get rid of the establishment that systematically convicts Black and Latino people for being in the wrong place at the wrong time.
DOCUMENTARY
An in-depth analysis of systemic oppression in regards to the U.S. justice/prison system can be found in Ava DuVernay’s earlier documentary, “13th” (2016). Its main topic is the 13th Amendment, which was supposed to abolish slavery, but instead redefined it to a condition that can only exist within prison walls. Thus, Black people in the U.S. are only technically free — until they fall victim to the process of mass incarceration that has been happening since 1970. Ava DuVernay states it loud and clear for anyone who might want to deny it: There is no other reason for mass incarceration, since the crime rate has been steadily going down, and not because of all the “bad” people being put in prison. The documentary further shows that mass incarceration deliberately targets BIPOC, and gives “The War on Drugs” as one of its numerous effective examples. “13th” brilliantly demonstrates why simple reform is and was never enough: Reform just results in the oppressors renaming the methods of oppression instead of abolishing them.

This article is far from being an extensive list of films to watch if you want to educate yourself on BLM and other relevant problems of our society. I recommend checking out other films by Spike Lee and Ava DuVernay, such as “BlacKkKlansman” and “Selma.” The website Film School Rejects recently published a list of more than 25 movies you can watch for free in support of the movement. And remember, while many Black movies include the themes of racism, it is important to celebrate and respect Blackness and to not reduce it down to pain and suffering.