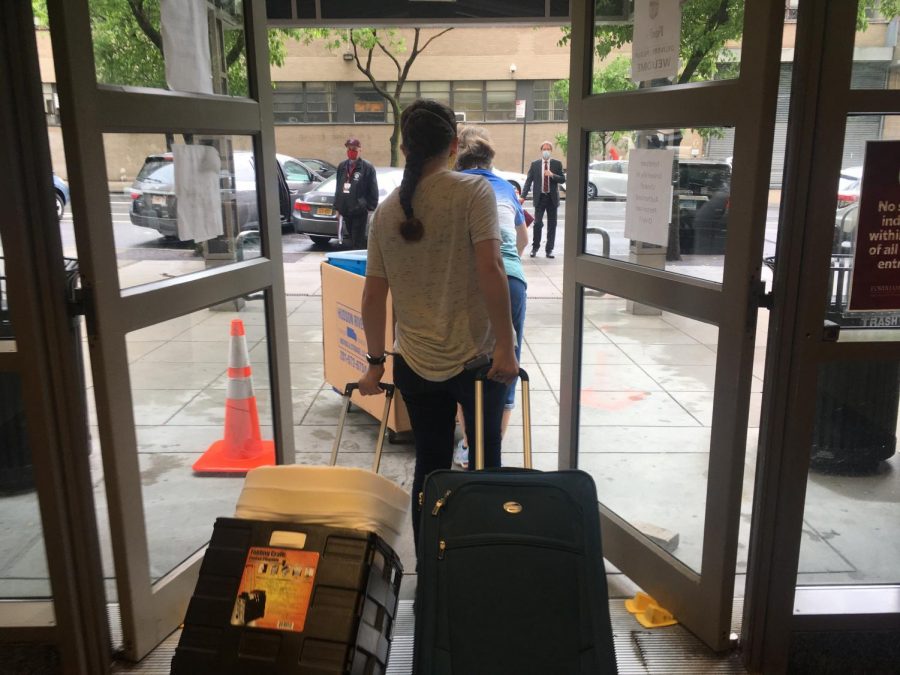 After getting past the hurdle of retrieving belongings left on campus, many students now feel left in the dark about the fall housing situation.

While Fordham maintains its optimism for an in-person fall semester, the subject of student housing is stirring up anxiety in returning students. Although New York City entered Phase One of reopening on June 8, which includes curbside retail, construction and manufacturing, the safety and health of enrolled students remains at the forefront of family concerns.

A number of resident students report not hearing back from the Office of Residential Life (ResLife) since the post-room selection period began. Fordham’s cancellation of all fall study abroad programs, which was announced on June 10, may also push these issues to the backburner as the university navigates an influx of students who now require housing.

Emily Krichmar, Fordham College at Lincoln Center (FCLC) ’21, studied abroad in London for spring 2020 but plans to dorm on campus for the fall 2020 semester. Krichmar stated that even though their housing deposit was submitted on time (before the deadline on February 18), they have not received word from ResLife regarding their housing status.

“I have heard absolutely nothing about housing for this coming fall, so my family is sort of stuck in limbo of not knowing if I need an apartment or if I’m going to be on campus,” Krichmar said. “I’m also nervous that if I get a room assignment it’s going to be with people I don’t know at all which feels a bit odd for my senior year.”

Krichmar reported not being able to choose their roommates after submitting their deposit. They were planning to room with two other students who also studied abroad, but the other students did not receive information about their housing situation either.

Woody Wisz, FCLC ’23, is also highly uncertain about his housing status this coming fall. The last time ResLife communicated with him, he was notified that he wasn’t selected for a housing assignment in the initial “lottery” and was subsequently placed in the “overflow pool.” Currently, the overflow pool stands at around 220 students, which is typical for ResLife.

“I’m worried that they’ll tell us they will reopen campus and we still won’t know where we’re going to live. The turnaround time to find housing in the city would be really tight,” Wisz said.

Fordham states on their website that “student housing is guaranteed for four years at both Rose Hill and Lincoln Center,” but ResLife’s silence on the question of housing during the unprecedented COVID-19 circumstances has resulted in students such as Wisz and Krichmar having no choice but to consider other options.

ResLife also sent an email on May 29 with deposit withdrawal deadlines, accompanied by reduced refunds or fees depending on when the withdrawal is performed. Withdrawal before July 1 warrants a 50% deposit refund, between July 1 and August 1 warrants a 0% refund, and after August 1, ResLife starts to charge late fees for withdrawal.

Wisz finds these deadlines frustrating, given that ResLife has been largely silent about housing for students in the “overflow pool” and there is still uncertainty surrounding a return to campus in the fall. Fordham is planning to begin reopening with a “phased approach,” which may present its own confusions for students and families amid a potential second wave of the virus.

Despite concerns over timing, Senior Director of ResLife Jenifer Campbell affirmed that the current cancellation calendar remains in effect. If the university does not hold in-person classes this fall, all deposits will be refunded. ResLife maintains its expectations of “standard occupancy” in the fall semester, which amounts to nearly 1,300 students. As of June 11, 91 students have withdrawn.

Trina Stewart, FCLC ’23, experienced issues with availability due to her time slot for selecting a room. Prior to room selection, freshmen were told to prepare for six-person rooms instead of the four-person rooms some students were planning around. Despite scrambling to make adjustments around this new information, by the time Stewart was able to select a room, there were no more six-person rooms available.

“They let me choose one person who they’re going to try to keep me with, which is comforting but I wish I knew the time frame in which everything is supposed to happen,” she said. “I understand everything is delayed because of COVID-19, but it’s anxiety-inducing to not know who you will live with in two months!”

The last time Stewart received an email from ResLife regarding her housing situation was March 23. Wisz and Krichmar cited similar lapses in communication and each student reported knowledge of other Fordham students who are experiencing issues with ResLife’s efficacy for fall 2020 housing.

According to Campbell, ResLife anticipates completing the bulk of assignments from post-room selection by July 1. She stated that this timeline and the number of students in post-room selection is typical and has not changed because of the coronavirus.

However, the worries of students and families in relation to the coronavirus and returning to campus housing in the fall remain an issue in light of ResLife’s inflexibility and the university’s vagueness around the fall semester.

On the “Planning for Fall 2020” section of Fordham’s website, the ResLife working group does not specify how social distancing in dorms, hallways or elevators will proceed, nor does it delve into move-in procedures. Without clear guidelines and communication from ResLife about housing, the decision to move back into Fordham housing only grows more complex.