The Post-COVID-19 Future of Europe 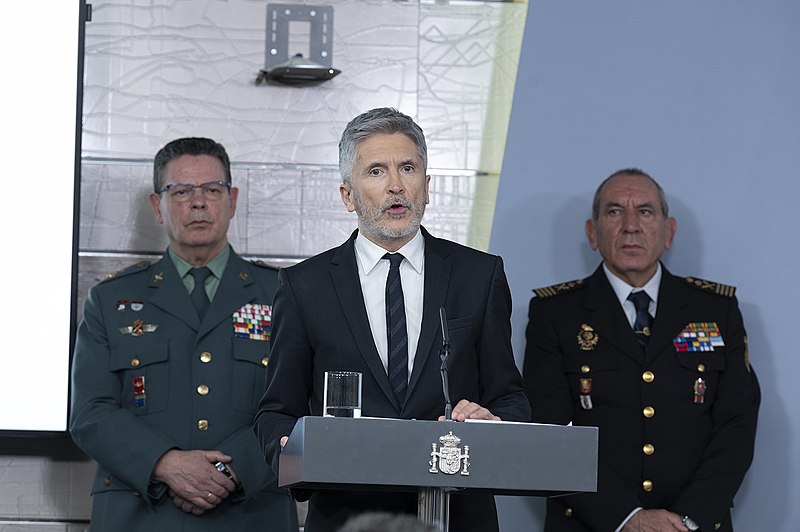 Spanish Minister of Home Affairs Fernando Grande-Marlaska speaks at a press conference in March 2020. The lockdown has intensified political polarization in Spain, and the same can be expected elsewhere in Europe.

There will be many long-lingering effects of the COVID-19 crisis on the world, but one of the most impactful is the way that it will influence international politics. These changes will be especially evident in Europe. Four countries located at least partially in Europe (Russia, Spain, Italy and the United Kingdom) have more than 200,000 documented cases of the coronavirus causing COVID-19, which will likely increase friction between European Union (EU) member countries and exacerbate existing political fault lines.

This crisis may, unfortunately, embolden far-right populist parties in Europe, who will point to “open borders” between EU member countries as the reason why the virus was able to spread rapidly through much of the continent. They might also voice frustration at the severe economic downturns that many countries in Europe are facing. This is somewhat ironic, however, because these far-right populist parties’ campaigns are primarily based around generating and intensifying anti-immigrant and nationalistic sentiment.

Political polarization between governments in Europe and opposition parties will also increase due to intense disagreements over how this crisis could have been handled better. This is evident in Spain, which imposed a strict lockdown in mid-March to try to quell the virus. The lockdown banned all outdoor exercise besides dog-walking and restricted children from going out of the house under any circumstances. Now, there are tensions between Prime Minister Pedro Sánchez and his left-wing coalition and the conservative opposition parties on the speed of reopening the economy, which is facing a sharp recession.

Spain has traditionally had one of the highest unemployment rates in western Europe, but this ongoing calamity, alongside the impending collapse of much of the country’s tourism industry, will only worsen its economy.

Other European countries are seeing heightened political polarization due to the pandemic as well. In France, Emmanuel Macron recently lost his parliamentary majority when some members of his party left to form a new group focused on taking bolder and more aggressive action “against social inequalities.” Before the pandemic, Macron had suffered from low approval ratings. It is unclear how France’s strict lockdown against the virus, which required printed and signed documentation to leave home, will further affect the French political landscape. The United Kingdom’s response to the virus has also been criticized by many as slow, as the country waited longer than most other countries in Europe to close down non-essential businesses and to expand testing capabilities.

However, many other countries in Europe have also suffered due to this pandemic. Additionally, many countries in Europe will look to the EU or European central banks for financial assistance to try to temporarily prop up their economies. If these countries do not feel satisfied with how the EU responds to them, their citizens might start feeling more distrust and unease toward the EU. Public perceptions of the EU in much of Europe have already been on thin ice for several years due to both Brexit and the increasingly anti-EU tone of many European populist movements.

The public health tragedy that the coronavirus crisis has caused in Europe is unlike anything most Europeans have experienced in their lifetimes. Yet, even as many countries in Europe begin to reopen, the collateral damage to many societies in Europe cannot yet be fully understood. As economic concerns mount, ripple effects will be seen along the political and ideological lines in much of the continent that individuals will feel for years to come.