Isolation Films to Fill Your Quarantine With 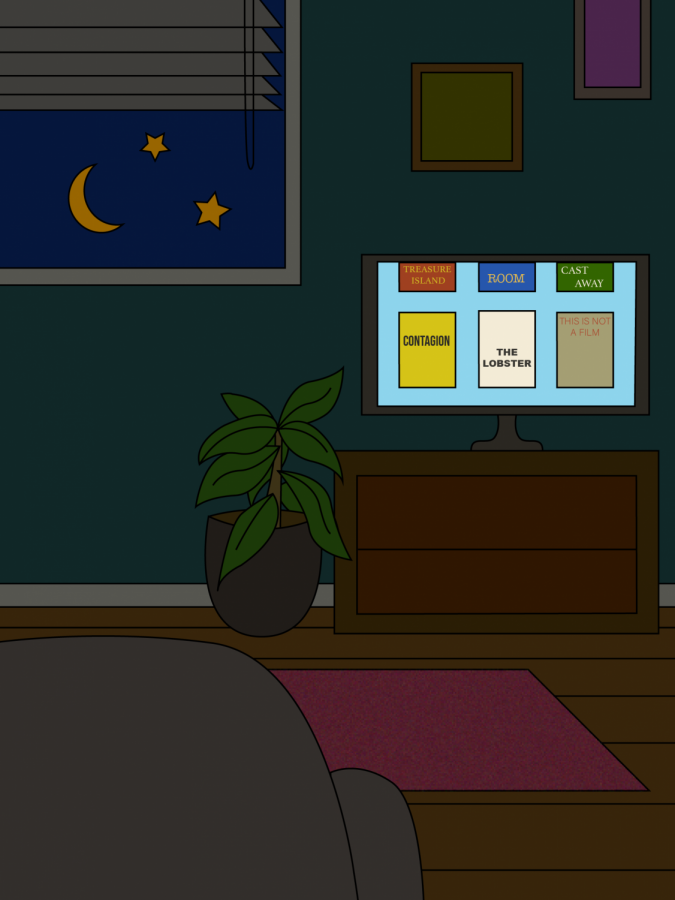 In my publishing theory and practice class, a guest speaker from Penguin Random House shared that, in light of the coronavirus, books about dystopia and viruses were selling like hotcakes, Albert Camus’ “The Plague” being his example at hand. I wondered if this fascination for art speaking to our current moment extended to cinema, too.

There is no shortage of isolation films to dive into. For on-the-nose depictions of isolation, there is “Cast Away” (2000), a movie about a FedEx employee stranded on a desert island. This movie captures the mental anguish, uncertainty and trepidation of our quarantine concerns.

Nicole Gagliano, Gabelli School of Business ’20, suggests “Contagion” (2011) for the eeriest likeness of our current moment. In the movie, the ensemble cast races against the progression of a virus originating in China. The movie follows the perspectives of scientists, aid workers, struggling citizens and celebrity influencers — giving a well-rounded and holistic look at the scope of events. It’s not for the faint of heart.

If a more abstract look at isolation is preferable, then there is Lenny Abrahamson’s independent film “Room” (2015). “Room” follows a mother and son who have been held captive for years and the culture shock of their reentry into an unfamiliar world. Returning to a post-coronavirus world will likely have us feeling similarly as apprehensive as Jack felt leaving the room.

“The Lobster” (2015) is a dystopian black comedy — suggested by Dylan Damboise, School of Professional and Continuing Studies ’22 — starring Colin Farrell. The absurdist film, which won the Jury Prize at the 2015 Cannes Film Festival, examines isolation from romantic and emotional connection. People have 45 days to find a romantic partner or they are turned into an animal of their choice. While the stakes of social distance dating aren’t quite that extreme, the loneliness may be.

Another option for creative isolation films is “This Is Not a Film” (2011), a documentary released by Iranian filmmaker Jafar Panahi offering a meta narrative of his experience under house arrest while he was banned by his government from making films. Artists may find aspects of their own creative process or cathartic manifestations of their own anxieties in “This Is Not a Film.”

Poet Zak Erickson, Fordham College at Lincoln Center (FCLC) ’20, suggested “Muppet Treasure Island” (1996), however, as an ideal isolation movie, pointing to its poignant musical number “Cabin Fever.” English major Savannah McClendon, FCLC ’20, backed him up. “My isolation recs? Maybe musicals or nostalgic content,” she said. “I think things that remind me of the city and of being at Fordham.”

And while Fordham remains shut down as the fight against COVID-19 progresses, there is no shortage of evocative isolation films to enjoy in the downtime.