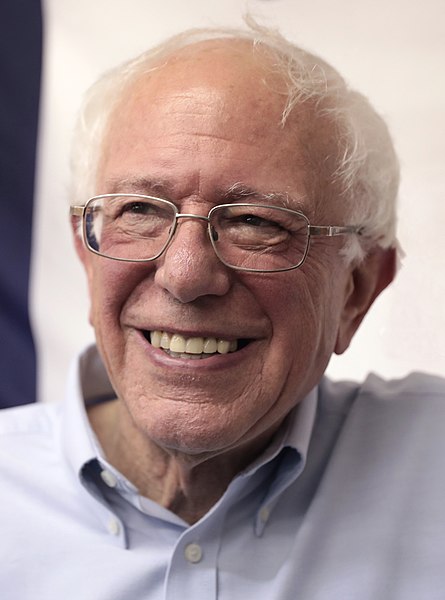 Sanders smiles on the campaign trail in July 2019 as he gains a massive following.

“I am once again asking for an election.”

This remark summarized the thoughts of many Bernie Sanders supporters on April 27, when the New York State Board of Elections canceled the Democratic presidential primary. After Vermont Sen. Bernie Sanders dropped out of the presidential race, constituents believed former Vice President Joe Biden, who was unchallenged, would render the election performative.

The rationale presented by the Board of Elections should disturb anyone with even the mildest political interest. The actions of New York state presented a philosophy where the democratic process is simply a set of gentlemen’s agreements made by individual candidates, with no ideologies or policies at stake. Even worse, these cancellations give precedence to the fear by some that President Trump may attempt to cancel the election in November.

On May 5, a federal judge ruled that the presidential primary should proceed as planned, ruling in favor of a lawsuit against the Board of Elections by former presidential candidate Andrew Yang. However, the election is still not guaranteed as the New York State Board of Elections filed to appeal the decision. Furthermore, from Bush v. Gore in the 2000 presidential election to the Supreme Court’s dismissal of absentee ballots in the Wisconsin primary this year, recent history has shown that the courts are not the most reliable defenders of democracy.

Since I was angered by this jeopardization of democracy, I decided that I’d create some democracy of my own by asking Fordham students on my Instagram story and in my political science class group chat for their thoughts on Sanders’ 2020 campaign. As with politics overall, there was a disappointing but unsurprising lack of participation. However, the few contributions that were offered were certainly insightful, each representing a different point of view.

Eva Gelman, Fordham College at Lincoln Center (FCLC) ’24, said that Sanders succeeded in “moving the conversation leftward.” She also praised his integrity, “making him not just a political inspiration, but a personal one.”

Olive Zoda, FCLC ’23, talked about the New York primary cancellation, in particular, saying that it’s “a huge kick in the face and offensive to our ‘democracy,’ but I’m not surprised at all.” She elaborated further by pointing out that Sanders is still in the race even though his campaign is suspended, and said that “the idea that a state can even individually remove someone from the ballot while that person remains on other states’ (ballots) is absurd, it further negates the already weak power of voting.”

Lev Yakovlev, FCLC ’23, recalled a quote from his father: “Of all the Democratic candidates there are, Americans have to choose the one who is worse than Trump.” Yakovlev is from Estonia, which shows that the cynicism about American politics extends beyond those who live in the United States.

I once felt the same as that incoming Fordham student; I remember feeling reinvigorated when I attended the “Bernie’s Back” rally in October 2019. That motivation was equally present when I decided to sign up for a weekend of canvassing for the Sanders campaign with other supporters in New Hampshire. When Sanders won the popular votes of Iowa, New Hampshire and Nevada — the first presidential candidate in history to do so — I was foolish enough to think that a better future was possible.

Of course, all that enthusiasm was in vain. Biden proceeded to win South Carolina, receive the endorsements of several presidential challengers, get at least $100 million in free media advertising and sweep Super Tuesday and the states that followed. Considering how quickly consolidation occurred to stop Sanders and that the influence of Obama himself was required, Super Tuesday 2020 should be thought of as Super Coupsday by the left of the present and future.

Despite the future appearing bleak, I do not believe that we should give up. We should treat the planet and the people living on it like a loved one in the hospital. It is in those uncertain moments where you should care the most and do all that can be done for that loved one to feel better.

Like Zoda, I believe that voting is only the bare minimum for political action. I would like to offer some advice: Politicians are tools. When a tool is no longer of use, it should be discarded. Sadly, Sanders now fits that description, and it is time to find a new tool that will suffice for the challenges ahead.

This article is my way of saying farewell to the power that Sanders and his campaign once held, for I am indifferent to the man. Part of me wants to write something sentimental about this loss. However, with increasing wealth inequality and climate change around the corner, the fates of most of his supporters will be far worse, so I’ll save my sympathy for them. Better luck next election!