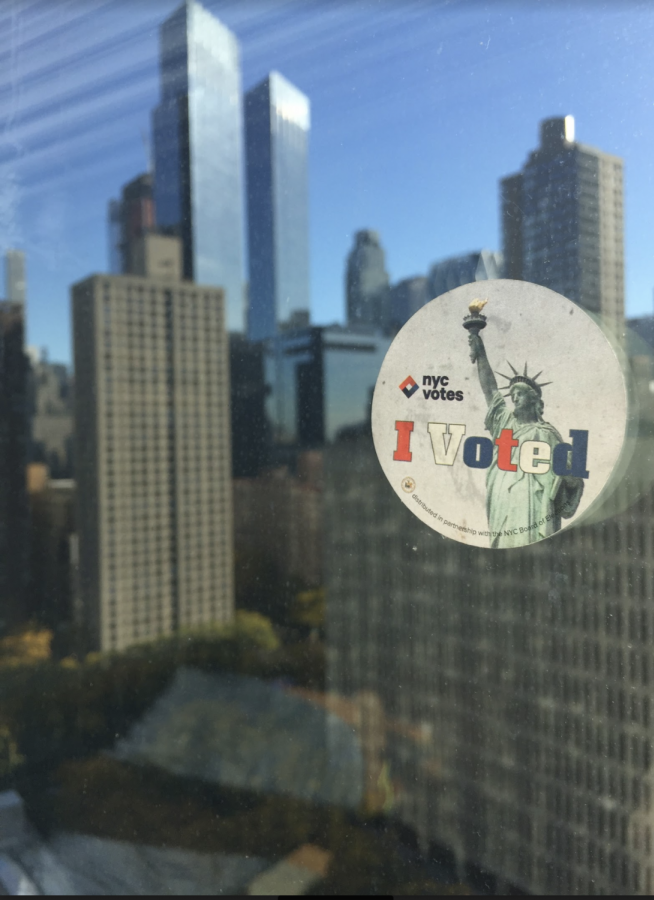 With the decision on the New York primary still up in the air, there is concern about how this will affect student voter turn out. Many are advocating for online voter registration and an expanded vote-by-mail option.

After New York canceled its presidential primary, U.S. District Court Judge Analisa Torres ruled that it was a violation of the First Amendment, as voters will no longer have the opportunity to choose delegates who reflect their views. Now, the New York Board of Elections is appealing the decision to hold the primary. Since holding the primary is still being debated, many are worried about the negative impact that canceling the primary would have on student voters.

“This cancellation will have significant effects on turnout, especially among the young voters,” political science major Emaan Choudhry, Fordham College at Lincoln Center (FCLC) ’22, said before the primary was reinstated. “Frustration and annoyance move a person a long way and I wonder if the general election will be affected by this or not.”

In recent years, student voter turnout has been increasing, rising from 29.5% in 2014 to 55% in 2018. At the same time, new laws that make it harder for students to vote have also passed. Many states are implementing voter-identification laws, requiring everyone to present a government-issued form of ID. Additionally, Texas shut down nine polling places that were used to cast the majority of student ballots.

Due to coronavirus precautions, on March 28, the Democratic primary was rescheduled to June 23; however, when Bernie Sanders suspended his campaign, the New York Board of Elections chose to remove all names from the ballot except for the assumed nominee, Joe Biden. During this time, the New York Board of Elections was still planning to hold primaries for congressional and state-level races.

After reinstating the primary, Torres explained that she recognizes the reason for canceling the primary: to limit the spread of the coronavirus. With the primary being over a month away, Torres believes that there is enough time to decide how it can safely be held.

Claire McDonnel, Fordham College at Rose Hill ’21 and president of Fordham College Democrats, stated that she expected a lower turnout for the more local primaries due to the cancellation but encouraged students to still vote if they are able.

“There are many other important races happening at the state and local levels that students can have real influence on,” McDonnel said.

Both the Sanders campaign and his supporters were unhappy with the cancellation. Sanders had been telling his followers to vote for him in order to gain more delegates. His supporters then led a Twitter, phone and mail campaign to attempt to keep him on the ballot.

“What the Sanders campaign wanted is essentially a beauty contest that, given the situation with the public health emergency, seems to be unnecessary and, indeed, frivolous,” the Board’s Democratic co-chairman Douglas A. Kellner said, according to The New York Times.

However, the decision to reinstate the primary was not caused by Sanders supporters, but by a lawsuit from Andrew Yang. As a previous Democratic candidate, Yang stated that his rights were violated when his name was removed.

“If the primaries remained canceled, it would be taking away my chance and millions of others’ chance to have a say in our government,” Annabel Filpo, FCLC ’23, said. “I wasn’t always the biggest fan of Yang, but when he referred to the cancellation as ‘authoritarian and illegal’ I just had to agree.”

Filpo explained that she believes that vote-by-mail is the best option going forward.

“This whole situation should serve as a lesson for this state to consider passing a new law to vastly expand vote-by-mail,” Filpo said. “When it comes to voting, in general, there is a major problem with low voter turnout.”

Filpo was not the only one thinking of the vote-by-mail option. On May 5, Public Advocate Jumaane Williams hosted a virtual rally for young voters. The purpose of the rally was to convince Gov. Andrew Cuomo to pass online voter registration.

“I believe most 18-year-olds aren’t super knowledgeable about their local elections, presidential elections are what brings them to the ballots,” Long Island Organizer and Programs Associate Deseri Tsepetis said. “When they see more names on the ballot than they were expecting, they are more likely to go home and do research on local elections and maybe get involved.”

With the New York Board of Elections appealing the decision, Tsepetis stressed that students should still vote in the local elections, no matter what happens.

“There’s no doubt the system is broken in the United States, and I think this whole process showed that, but the hope is that young people see that, and change it within,” Tsepetis said. “Your vote still counts.”