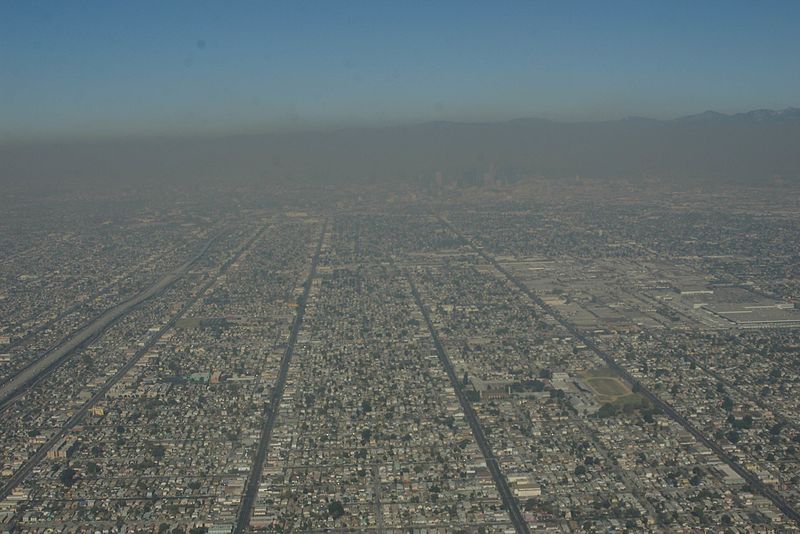 Decreased transportation and industrial production has led to a decline in carbon dioxide emissions, but the pandemic is also bringing about detrimental effects to the environment, such as increased dependence on single-use plastics and a rollback of emission regulation policies.

The coronavirus pandemic has swept through the world, leaving widespread economic and political mayhem in its wake. As countries around the world have hunkered down into varying degrees of social distancing, the natural environment has begun to adjust to the lack of outdoor human activity.

One of the most notable changes is in China, where the halt of industrial activity has led to a huge improvement in air quality. The Guardian reported that from early February to mid-March, emissions had decreased about 18%, equivalent to over half of the U.K.’s annual carbon output. This has led to a huge reduction of smog and a drastic improvement in air quality which can be seen from outer space.

Along with the decline in industrial production, the lack of widespread social mobility has also led to a steep decline in carbon dioxide emissions. In most developed countries, which lack a heavy industrial manufacturing presence, transportation is often the leading cause of carbon dioxide emissions. According to INHABITAT, passenger vehicle traffic in the U.S. has fallen by 40%, and the U.K. experienced a shocking 73% reduction of traffic.

Just as is the case with China, this reduction in traffic has led to a visible smog reduction, most prominent in congested urban areas such as Los Angeles, New York City and, most recently, New Delhi.

The transformation of India’s capital city is one of the most remarkable changes that has been brought about by the pandemic. For years, New Delhi has been categorized as the world’s most polluted city, yet recent pictures point to a transformed landscape that boasts an official good air quality rating (based on nitrous dioxide, ozone, sulfur dioxide and carbon monoxide levels) that hasn’t been awarded in decades. For the first time in 30 years, the Dhauladhar mountain range in Punjab is visible from Jalandhar. The rapid improvement of global air quality gives hope to the current climate crisis and has been the subject of much conversation. Given these statistics, the coronavirus must be the environmental savior of the 21st century, right? Wrong.

There is no denying that air quality has improved measurably in this time period, but the notion that the coronavirus may be an environmental reset is simply a ploy to distract from the more harmful (yet nuanced) effects the virus brings. During the pandemic, UNCTAD has reported an increased dependence on single-use plastics, an increase in household and municipal waste, and perhaps most notably the extensive rollbacks of American EPA policies regarding fuel economy and emissions standards.

While the country has been distracted by the pandemic, the Trump administration has taken advantage of the situation by quietly undoing several years of environmental regulations specifically targeting the automotive industry and fuel emissions standards. These rollbacks are aimed at businesses that have been affected by the coronavirus, stating that “the move would benefit both the automotive industry and consumers in a time of economic difficulty.” This is but another attempt to promote the fossil fuel industry at a time when oil prices have hit an all-time low.

The plastics industry has also been able to take advantage of the situation by pumping out more single-use products in light of contagion fears (despite the fact that the virus can still survive on single-use plastics). Companies that once promoted reusable containers (like Starbucks) have now switched gears amid virus fears. Additionally, plastic shopping bags are making a comeback; although many states had begun implementing bans or fees on plastic bags, some of these have been suspended due to the outbreak.

On top of this, many smaller municipalities in the United States have suspended or reduced recycling programs, dramatically increasing household waste. Bloomberg Green reported that infected residents in Italy have been banned from sorting their waste at all. Hospital waste has also increased dramatically; in Wuhan, hospitals have gone from an average of fewer than 50 tons of waste per day to over 200 tons per day.

While the economic standstill has led to a reduction of carbon emissions, this reduction will have a very small long-term effect on the climate. Instead, it’s quite likely that environmental policies will take a backseat to economic ones when it comes time to restart the economy.

This is exactly what happened during the 2008 recession; although there was an initial decrease in emissions corresponding with decreasing economic activity, as the economy recovered, emissions hit an all-time high. The beginning of this can already be seen in Trump’s attempts to revive the fossil fuel industry by weakening environmental regulations.

Today, the world is at a pivotal crossroads: Regardless of how we decide to move forward (environmentally friendly or not), life won’t go back to the way it was before. As the world slowly begins opening up, we must try to remember the way it flourished in the absence of our fossil fuel-led lives. It is not the absence of humans that has led to this flourishing, but the absence of carbon. Humanity is more than capable of existing healthily with nature; we did it for millions of years as hunter-gatherers. If we hope to have a future worth living on this planet, we need to act now. This is not to say that we need to leave our technologically advanced lifestyles behind, but we need to find a new source of energy, and quickly; otherwise, global pandemics will be the least of our concerns.