Fordham’s Resilience in the Era of the Coronavirus 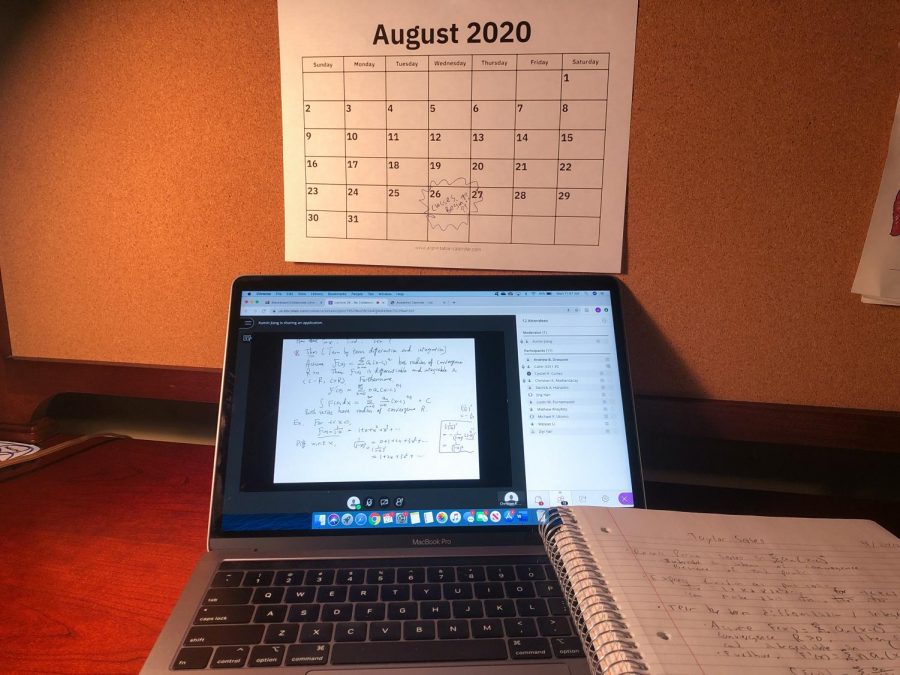 Fall 2020 is still months away, but Fordham's faculty are actively preparing for what future classes will look like.

It is difficult to navigate conversation with students and faculty alike without touching upon anxiety around the impending decision of the fall semester. According to J. Patrick Hornbeck II, special faculty adviser to the provost for strategic planning, Fordham University will make an announcement about the fall semester in regard to the coronavirus on May 11.

“That announcement will not take the form of a yes or no, we will or won’t be back answer. It’ll be more nuanced and complex than that,” Hornbeck said. “What we would not want to do is today, in April, guess on what the public health situation will be on August 26, the scheduled start to the fall semester. We do not know what will or will not be possible at that time.”

Hornbeck expressed the goal of preparing to deliver a Fordham education under any circumstance, which requires planning multiple eventualities instead of making a bet on a certain set of facts.

In an email sent to the Fordham community on April 24, University President Rev. Joseph M. McShane, S.J., said, “We are not waiting passively to see what happens — rather, we are actively planning for operations across multiple scenarios.”

The Office of the Provost is leading the conversations around contingency plans, as they are responsible for the academic mission of the university. Hornbeck has been authorized by Vice Provost Jonathan Crystal to speak on behalf of the office.

Input from various groups of the Fordham community has been a crucial factor in the development of contingency plans. Hornbeck attended the Fordham College at Lincoln Center Council on April 23 to discuss contingency plans which were also a leading topic of discussion at the Faculty Senate on April 24. Deans and administrators have been included in the conversations, as well as 150 faculty members and administrators at a town hall meeting on April 27.

A call has been put out to all faculty to submit their own ideas. Also, 40 student leaders will take part in focus groups this week to discuss the best methods of student achievement. The students include United Student Government representatives, graduate students, law students and commuters.

“Ultimately, the test of a successfully developed plan is if students can look at the plans and say, ‘This is an unpredictable time, but this plan gives us confidence that Fordham is going to deliver on our promise,’” Hornbeck said.

Aside from student and faculty consultation, the role of the city, state and national governments will play a large role in the ultimate decision of when students can return to in-person classes.

The White House Task Force’s Guidelines for Opening Up America Again follow a three-phase approach, ranging from phase zero — complete state shutdowns — to phase three, when states show no signs of a rebound in coronavirus cases.

According to Hornbeck, the Commission on Independent Colleges and Universities (CICU), an association of independent New York state colleges and universities, want to show Gov. Andrew Cuomo that higher education institutions have the ability to rise to the challenge of a phased reopening, with the end result being back to full operation.

The three-phase approach acknowledges the possibility of influxes back and forth between the phases and continued social distancing practices during the first and second phases.

“Phases might include forms of social distancing that would affect residential life, academic classes and cafeteria spaces — anywhere with close proximity,” Hornbeck said. “We don’t know exactly what the requirements would be. We would comply with them and work with other institutions.”

Cuomo’s New York State on PAUSE executive order is currently in effect until May 15, keeping campuses closed to everyone except essential employees. Hornbeck said members of the CICU are consulting among themselves on the best practices to follow and meet Cuomo’s requirements when New York state begins to unpause. He predicts western and northern regions of New York are more likely to reopen sooner, as New York City has become the virus’s epicenter.

“We are keeping an eye out for what all institutions are doing, but paying specific attention to those in New York City,” Hornbeck said. “Some institutions are already saying they will or will not be back in the fall. At this point, we do not feel like we are in a position to make a yes or no call, so instead, we are developing procedures to make Fordham resilient in the face of whatever the circumstance might be.”

Another decision that is contingent on the university’s choice for the fall semester is the fate of study abroad programs — all programs were abruptly suspended this semester due to the outbreak.

“The university is cautiously optimistic about resuming face-to-face instruction in the fall semester here in New York,” Bob Howe, assistant vice president for communications, said. “Whether study abroad programs resume in the fall will likewise depend upon the conditions in the host countries, and the advice of local public health officials.”

The conditions of foreign countries will also inhibit some international students from returning to Fordham since restrictive student visa policies have been implemented, as well as general travel restrictions.

“Regardless of the circumstances, there will be some population of students and faculty who will not be able to return when the university is fully in on-the-ground operations,” Hornbeck said. He also emphasized the need to equally accommodate students who are and aren’t able to return.

With this reality, the Office of the Provost is looking into how to improve online learning in the chance of a return to virtual classes for a period of time.

“What we had to do this semester is remote learning with faculty converting courses and teaching in a remote format within 48 hours. We recognize that is not an ideal format for students or instructors,” Hornbeck said.

“We are committed to education with a close connection to faculty, other students and New York City,” Hornbeck said. “Everybody at Fordham wants to get students back to campus at the earliest moment that it is safe.”