Dancing Together, Hundreds of Miles Apart

An Ailey senior reflects on her virtual final semester 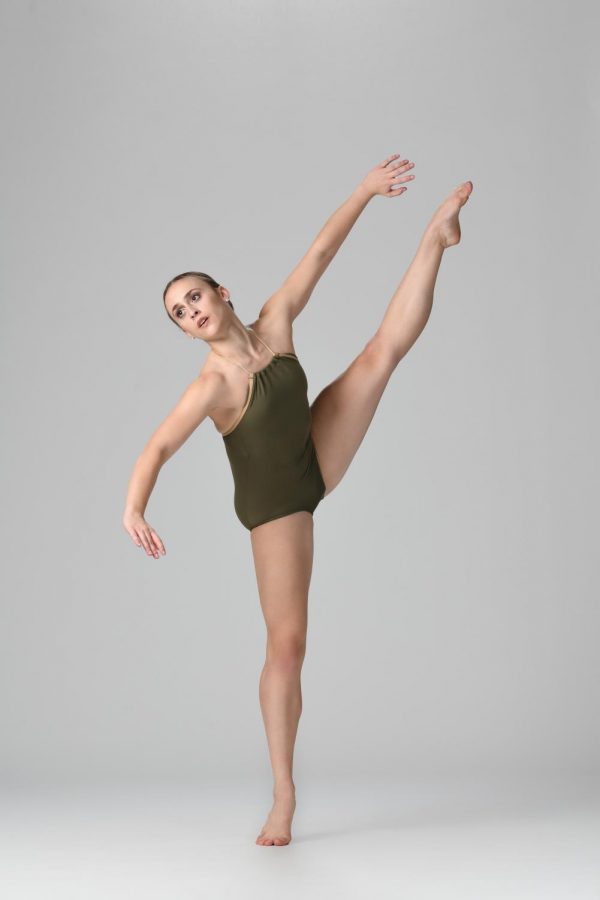 Lindsay Jorgensen, FCLC ’20, has had to bring the dance studio to her house as the coronavirus has forced dance studios to shutter their doors across the country.

Lindsay Jorgensen, Fordham College Lincoln Center ’20 and features editor emerita, just bought a Marley floor. It’s a special type of vinyl that acts as a shock absorber and prevents injury for dancers. Usually, she would have no need to own one — the Alvin Ailey American Dance Theater, where Jorgensen studies, is the largest space dedicated to dance in New York City.

But on March 9, Fordham suspended all in-person classes for the foreseeable future and Alvin Ailey followed soon after, on March 12.

Initially, there was a lot of uncertainty. “The week of the 9th (Fordham was) saying … go home. We’ll reevaluate in three weeks. I stayed at Fordham and went to my Ailey classes,” Jorgensen explained.

She had a previously established agreement with Ailey that two days of the week — Thursday and Friday — she would commute to her home in New Jersey and rehearse with a company based there, which allowed her to work at a studio while continuing to get Ailey credit.

Jorgensen said, “I went home Wednesday night, had rehearsal on Thursday, and then that night, he (the dance instructor) was really nervous so we didn’t have rehearsal the next day.  That weekend I ended up picking up all my stuff at Fordham … and I’ve been here ever since.”

She misses the big things, like friends and teachers left behind before there could be a proper goodbye. “I won’t be able to see (my friends), I won’t be able to perform with them for the last time … there is a camaraderie among the dancers that you just really can’t get (over Zoom),” Jorgensen lamented.

She continued, “I didn’t even get to say goodbye to any of my teachers … teachers I’ve had for four years … (who) have been the most inspiring and encouraging teachers that I’ve ever had in dance. It’s a very sensitive place to be in that dancer student, dance teacher relationship … they’ve just been so influential and so motivating … it was a bummer to kind of just pick up and leave and not really say ‘goodbye’ and ‘thank you’ for what they’ve done.”

But Jorgensen also misses the little things: “It was amazing watching the sunrise at 8:30 am and watching the sunset later that day. The studios are gorgeous … (I miss) being able to request space for free and create in there.”

There have been challenges to the adjustment, for sure — it’s not easy to transform a childhood bedroom into a dance studio overnight. “Using your kitchen bar or your kitchen counter as a barre (while your) parents are on a conference call in different rooms … it’s just very different.”

The lessons themselves have also changed. Ailey classes are now 40 to 50 minutes instead of the usual hour and 20 minutes. “At first I thought, oh, why are we only getting 40 minutes? This isn’t fair … Going back and thinking about (it) the teachers are more focused on giving the combinations because they can’t really spend time giving corrections, especially personal corrections.”

The adaptation has caused a shift in method as well. Jorgensen said, “It forces you to just focus on yourself internally. I don’t have a mirror when I’m doing class at home. I’m not constantly thinking oh, how do I look? I’m feeling what’s happening in my muscles and just relying on that muscle memory to kind of get me through the class.”

Jorgensen continued, “I’m someone who likes to travel and use up all my space … How do I adapt and how do I feel like I’m dancing big or how am I utilizing the space as best as I can?”

Though this change is unexpected, Jorgensen is hopeful. The adaptation to dance classes being entirely online has been swift, and resources for people wanting to continue their learning abound.

“I was really amazed by how quickly the dance world came online and was really supportive of other artists,” Jorgensen said. She referenced the project Dancing Alone Together, which compiles dance classes, dance-making prompts and dance footage to allow for dancers to collaborate across the globe. This opens up new doors for students. Jorgensen said, “I was able to take a ballet class with New York City ballet dancer Tiler Peck. I was able to take a contemporary class from a mentor of mine who lives out in Portland, Oregon, and I haven’t taken a class from him in years … it’s really interesting how close you feel to everyone now in the dance world.”

The American Ballet Theatre is streaming children’s dance classes. Ailey Extension is putting on Instagram Live instructionals. New York Live Arts has been posting full-length performances on their website. All of these are done free of charge.

Jorgensen epitomized it by saying, “Dance has adapted over many years. So this is just another. It’s not a hindrance — it’s going to help us adapt and move forward, and expand the craft, which I think is very uplifting or maybe very naive … but during this time of isolation, we need to find a way to connect everyone.”