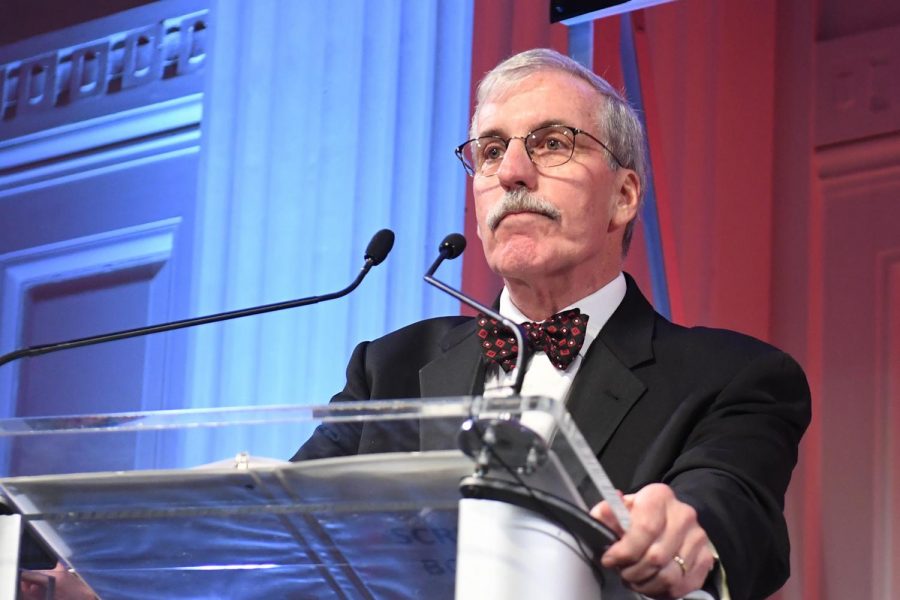 After decades working for other universities, David Roach spent the final eight years of his career as athletic director at Fordham University.

With the coronavirus pandemic halting the world of sports, Fordham managed to make waves around the NCAA by announcing the retirement of longtime Athletic Director David Roach, effective at the end of the semester.

Roach was at the helm of the Rams’ athletics for the past eight years, leading and overseeing athletes around campus both on and off the field. Leading multiple Fordham sports teams to 12 Atlantic 10 championships, as well as one Patriot League title for football in 2014, Roach insisted on perfection and focused on ensuring athletic success throughout his tenure at the university.

Prior to joining Fordham University in 2012, Roach held the same position at both Colgate University and Brown University, serving as their athletic director for eight and 14 years, respectively. Furthermore, he was the head swim coach at Brown from 1978 until 1986 and at the University of Tennessee until 1990 before moving to an administrative role.

Roach, 70, spent more than half his life involved in collegiate athletics, and his significance can certainly be seen at all four universities where he has worked. In a statement announcing his retirement, Roach wrote, “Over the years, I have often been asked which athletic moments are the most memorable. It’s never been one game, one championship or one season. The thrill for me has been the satisfaction of having been a small part in helping young adults develop, graduate, and find success as they pursue their talents and passions.”

At Fordham, his impact on and off the court was evident, both literally and figuratively.  The Rose Hill Gymnasium, which serves as the home court for several varsity teams at Fordham, saw major renovations during his time at the school. Under his leadership, a multi-million dollar upgrade took place, including the installment of a brand new court, two large video boards and improved grandstand seating.

One of the most successful teams to call the Rose Hill Gym home is Fordham’s women’s basketball team, led by Head Coach Stephanie Gaitley. Although Gaitley’s hire predated Roach’s arrival, his work at the university was still impactful to both her and her team.

“We have had great success the past few years and it takes a team effort. We thank Dave for his support and wish him all the best in retirement,” Gaitley said.

In addition to these renovations to Fordham’s facilities, Roach worked alongside Janssen Sports Leadership Center in creating the Fordham Leadership Academy. Through this program, Fordham athletes and coaches are guided to become successful leaders in their athletics, academics and future endeavors.

Following the departure of David Roach, Fordham announced that Senior Director of Development and Senior Associate Athletic Director Ed Kull would assume the position of interim athletic director beginning on July 1. Kull, who has been with the university for the past three years, has already made tremendous strides in improving the university’s athletics prior to his promotion.

University President Rev. Joseph M. McShane, S.J., discussed Kull’s attitude in a statement regarding his new role. “Ed is a consummate professional, a gifted leader, and a talented fundraiser,” McShane said. “In the last three years he has impressed everyone at the University with his abilities and his can-do demeanor. We all look forward to working with him in this new role.”

Roach’s contributions over the past eight years have helped to create an environment where athletes can succeed. His efforts will be missed going forward, but the future remains bright for athletics at the university under new leadership.